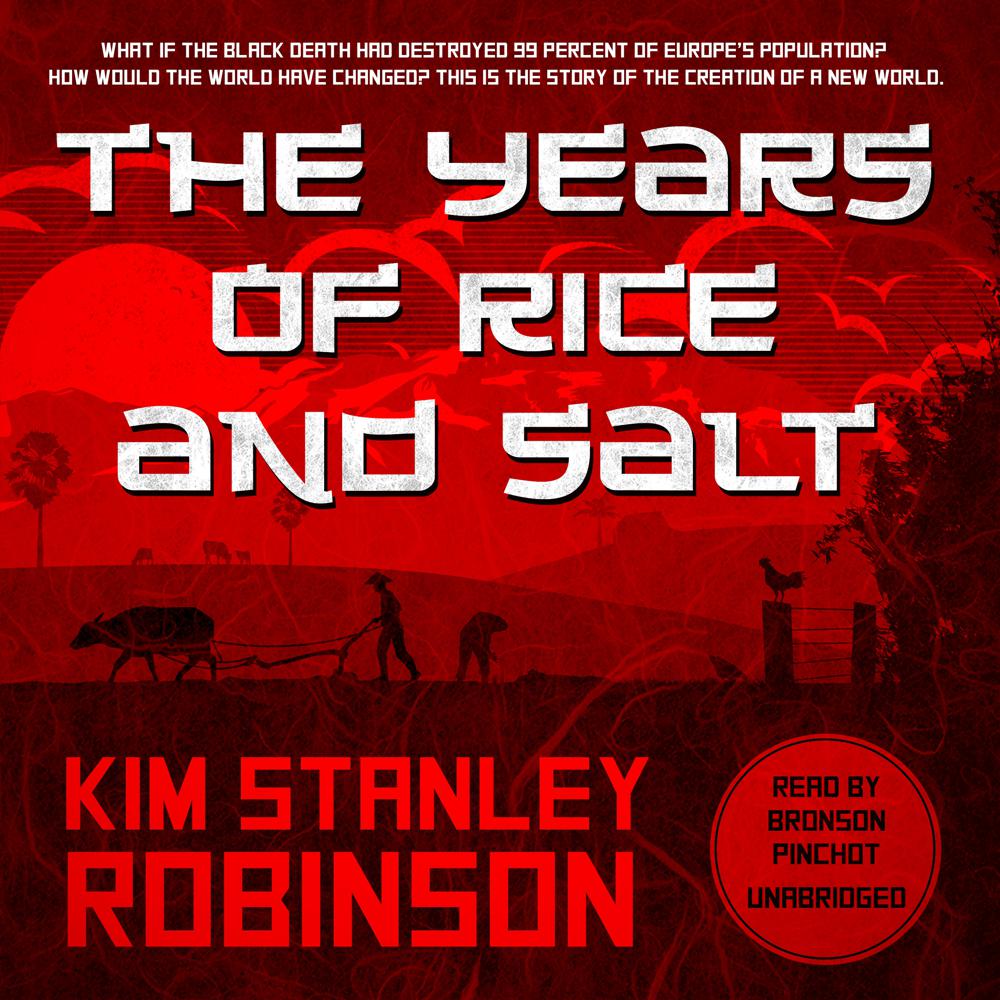 It is the fourteenth century, and one of the most apocalyptic events in human history is set to occur—the coming of the Black Death. History teaches us that a third of Europe's population was destroyed. But what if the plague had killed 99 percent of the population instead? How would the world have changed? This is a look at the history that could have been—a history that stretches across centuries, a history that sees dynasties and nations rise and crumble, a history that spans horrible famine and magnificent innovation. These are the years of rice and salt.

Through the eyes of soldiers and kings, explorers and philosophers, slaves and scholars, Robinson renders an immensely rich tapestry. Rewriting history and probing the most profound questions as only he can, Robinson shines his extraordinary light on the place of religion, culture, power, and even love on such an Earth. From the steppes of Asia to the shores of the Western Hemisphere, from the age of Akbar to the present and beyond, here is the stunning story of the creation of a new world.

“A thoughtful and powerful examination of cultures and the people who shape them…The credible alternate history that Robinson constructs becomes the framework for a tapestry of ideas about philosophy, science, theology, and politics.”

“[A] highly realistic and credible alternate history…[Robinson] has created a novel of ideas of the best sort, filled to overflowing with philosophy, theology, and scientific theory.”

“An addictive, surprising, and suspenseful novel about characters and a world whose fate comes to matter considerably to readers.”

“This vast, magisterial novel is Robinson’s most ambitious effort at alternate history, a work on a scale as large as Harry Turtledove employs…Brilliantly conceived.”

“Hugo winner Robinson follows three characters over seven centuries on an alternate Earth in which Islam and Buddhism are the dominant religions…Blessed with moments of wry and gentle beauty as friends and antagonists rediscover each other under different guises in exotically dangerous locales.”