Everyone in Their Place
Maurizio de Giovanni 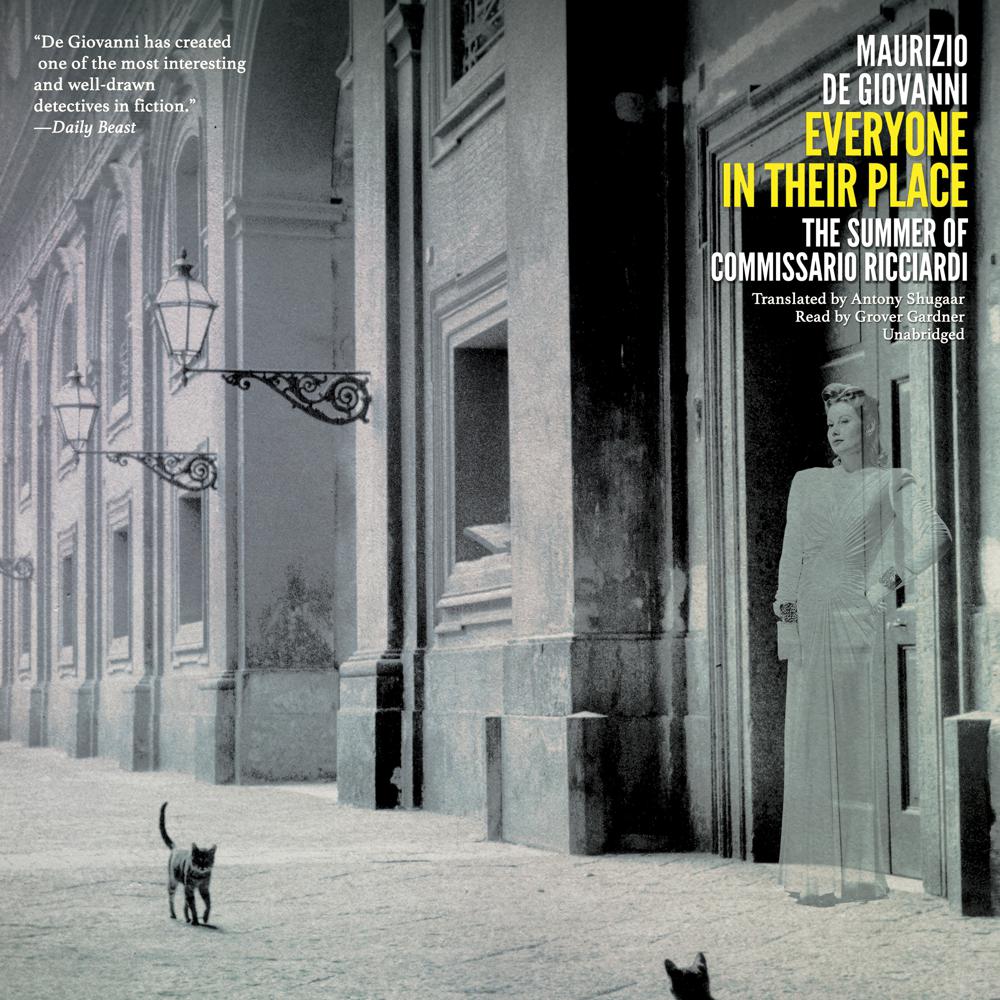 Naples, 1931. Together with his indefatigable partner Brigadier Maione, Commissario Ricciardi, a man driven into solitude by his paranormal “gift” of seeing the final seconds in the lives of victims of violent deaths—a talent that also makes him a highly effective investigator—is conducting an investigation into the death of the beautiful and mysterious Duchess of Camparino. The duchess’ connections to Neapolitan privileged social circles and the local Fascist elite make the case a powder keg waiting to blow.

“Reading a novel by Maurizio de Giovanni is like stepping into a Vittorio De Sica movie. The sights and smells of Naples are pungently evoked in Everyone in Their Place, the latest entry in a superb historical series set in Fascist Italy during the 1930s and featuring one of the most melancholy detectives in European noir crime fiction.”

“Combines a rare setting for a whodunit, Fascist Italy, with a classic fair-play puzzle and a highly unusual lead…[and a] convincing portrayal of life under Mussolini, which included government directives to demobilize crime reporters and bar reporting of stories that could have ‘an unhealthy effect on the spirits of the mentally weak.’”

“In the popular field of historical noir featuring gloomy but brilliant detectives, de Giovanni’s series easily stands out as a success. His is a classic detective story built on clues, motive, and character, where political turmoil seasons the plot but doesn’t overwhelm it. An excellent choice for mystery fans and readers of international fiction.”

“Will resonate with those who love complicated thrillers. Grover Gardner’s narration is easy on the ear. His voice takes listeners through the winding streets of the Italian city and the many turns in this plot. He sets a steady pace, retelling the details of gruesome crimes in a matter-of-fact tone that allows listeners to focus on the story rather than the violence. Gardner’s performance is reminiscent of the voices used in radio shows of this era.”