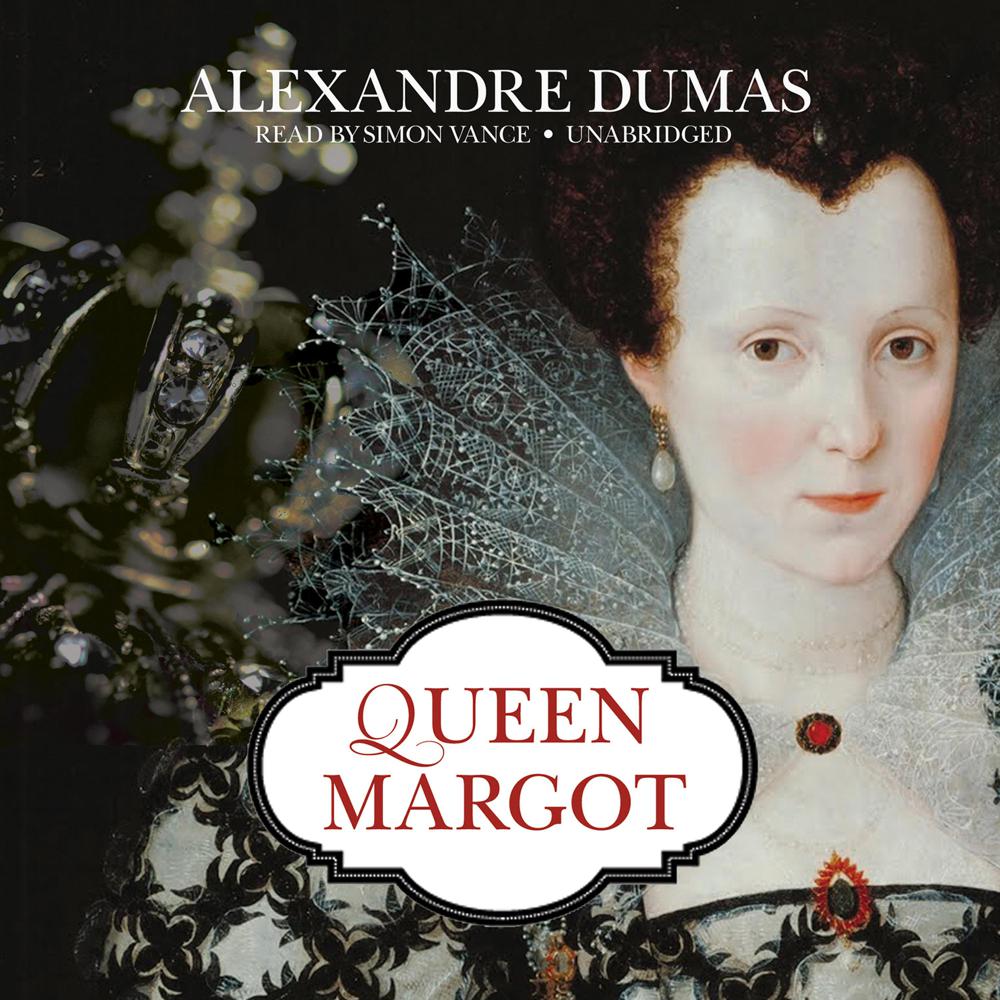 Alexandre Dumas brings an extraordinary period of history to life in this exciting period romance.

It is the twilight of the reign of King Charles IX, and France is dominated by religious wars between Catholics and Protestants. King Charles' sister, Marguerite, daughter of staunch Catholics Henri II and Catherine de Medici, is set to marry the Protestant Henri de Navarre. Their marriage sets off a series of conspiracies between the Catholics and the Protestants in a dangerous and breathtaking game for power.

From the mysterious murder of Henri de Navarre's mother, cleverly plotted by the evil Catherine de Medici, to the notorious Saint Bartholomew Massacre, which killed thousands of Protestants lured to Paris by the wedding, Queen Margot is full of suspense, intrigue, betrayals, and daring escapes. At the center of it all are the good-hearted Marguerite and Henri, perfect political allies with fascinating love lives.

“Life at the French Court during the Reformation is brought to life by Dumas as he presents a drama that involves affairs of the heart, deceptions, murder, and sorcery. Simon Vance’s performance in no small way makes this recording a delight. His voice is extremely versatile as shown by his ability to give all the main players in this drama distinct accents that are rendered consistently. These accents bring out the character of each person, with Catherine de Medici an especially evil and manipulative shrew.”