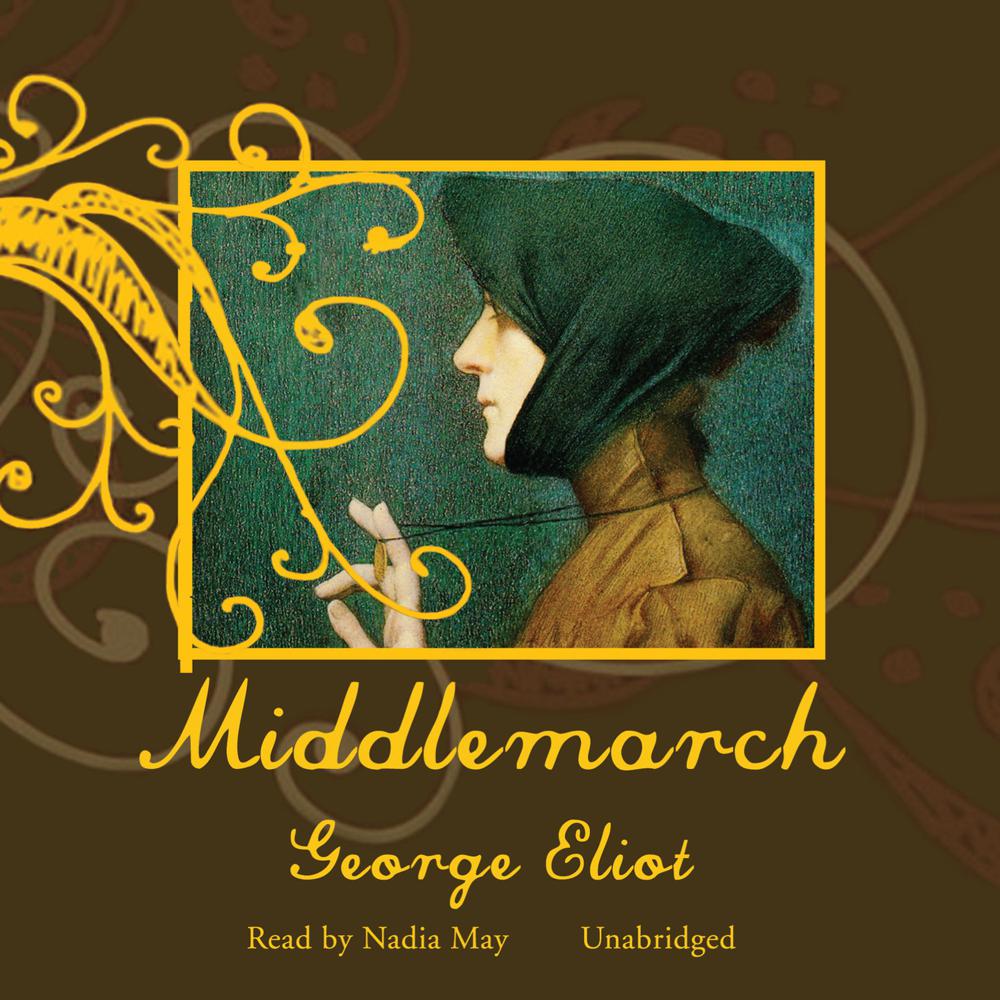 Dorothea Brooke is a thoughtful and idealistic young woman determined to make a difference with her life. Enamored of a man whom she believes is setting this example, she unwittingly traps herself into a loveless marriage. Her parallel is Tertius Lydgate, a visionary young doctor from the city, whose passionate ambition to spread the new science of medicine is complicated by his love for the wrong woman.

Featuring a panoply of complex, brilliantly drawn characters from every walk of life, Eliot's masterpiece is a rich and teeming portrait of provincial life in Victorian England. Yet her characters' struggles to retain their moral integrity in the midst of temptation and tragedy are strikingly modern in their painful ironies. The incomparable psychological insight of Middlemarch was pivotal in the shaping of twentieth-century literary realism.

“One of the few English novels written for grown-up people.”

“[Wanda McCaddon] makes [Middlemarch] come alive. She is in wonderful form as she slides from character to character, giving them their distinctiveness through intonation and pacing. [McCaddon’s] voice is that of the genteel British woman, and it’s the perfect thing for Eliot.”

“No Victorian novel approaches Middlemarch in its width of reference, its intellectual power, or the imperturbable spaciousness of its narrative….No writer has ever represented the ambiguities of moral choice so fully.”

“One of the most profound, wise, and absorbing of English novels…Above all, truthful and forgiving about human behavior.”

“The novel is an image of a society, political, agricultural, aristocratic, plebeian, religious, scientific. Its ambitions are those of Balzac’s Human Comedy, from which George Eliot learned much. It is a microcosm, local but also universal, containing bodies and minds, individuals, families and groups, birth and death, tragedy and comedy, Rome and Europe as well as middle England in Middle Earth.”

“In the attempt to play the critic of such works as these, one cannot help feeling that to properly analyze and explain George Eliot, another George Eliot is needed, and that all suggestion can do is to indicate the impossibility of grasping, in even the most comprehensive terms, the variety of her powers. An author whose novels it has really been a liberal education to read, one is more tempted to admire silently than to criticise at all.”