Decline and Fall of the Roman Empire, Vol. 2
Edward Gibbon 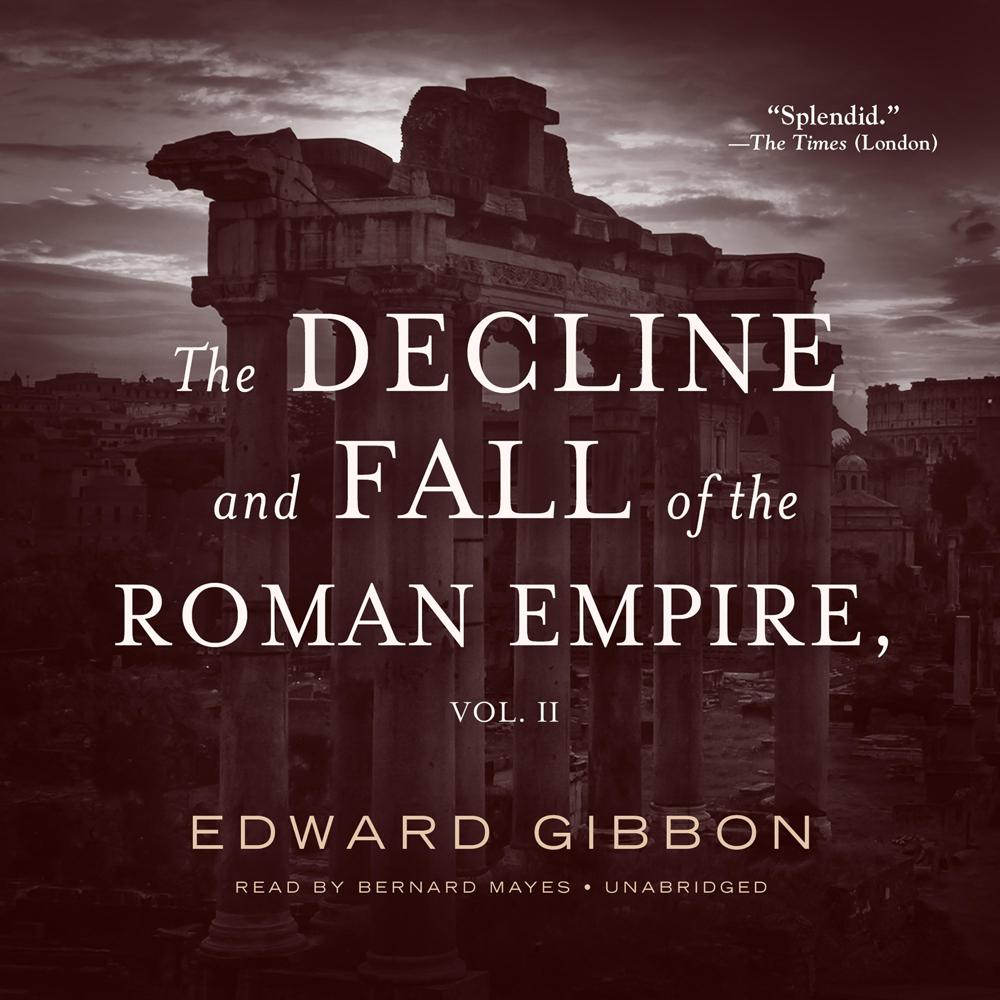 Famous for its unflagging narrative power, fine organization, and irresistibly persuasive arguments, The Decline and Fall of the Roman Empire has earned a permanent place of honor in historical literature. Gibbon's elegantly detached erudition is seasoned with an ironic wit, and remarkably little of his work is outdated.

This second volume covers AD 395 to AD 1185, from the reign of Justinian in the East to the establishment of the German Empire of the West. It recounts the desperate attempts to hold off the barbarians, palace revolutions and assassinations, theological controversy, and lecheries and betrayals, all in a setting of phenomenal magnificence.

“Edward Gibbon, in The Decline and Fall of the Roman Empire, has always been my cynosure…Gibbon’s mind was surely the most powerful and most lucid one that has appeared so far in the whole distinguished company of Western historians…Gibbon [produced] a masterpiece of historical research, construction, and writing which had no superior in its own genre in any literature.”

“[Gibbon] stood on the summit of the Renaissance achievement and looked back over the waste of history to ancient Rome, as from one mountain top to another.”