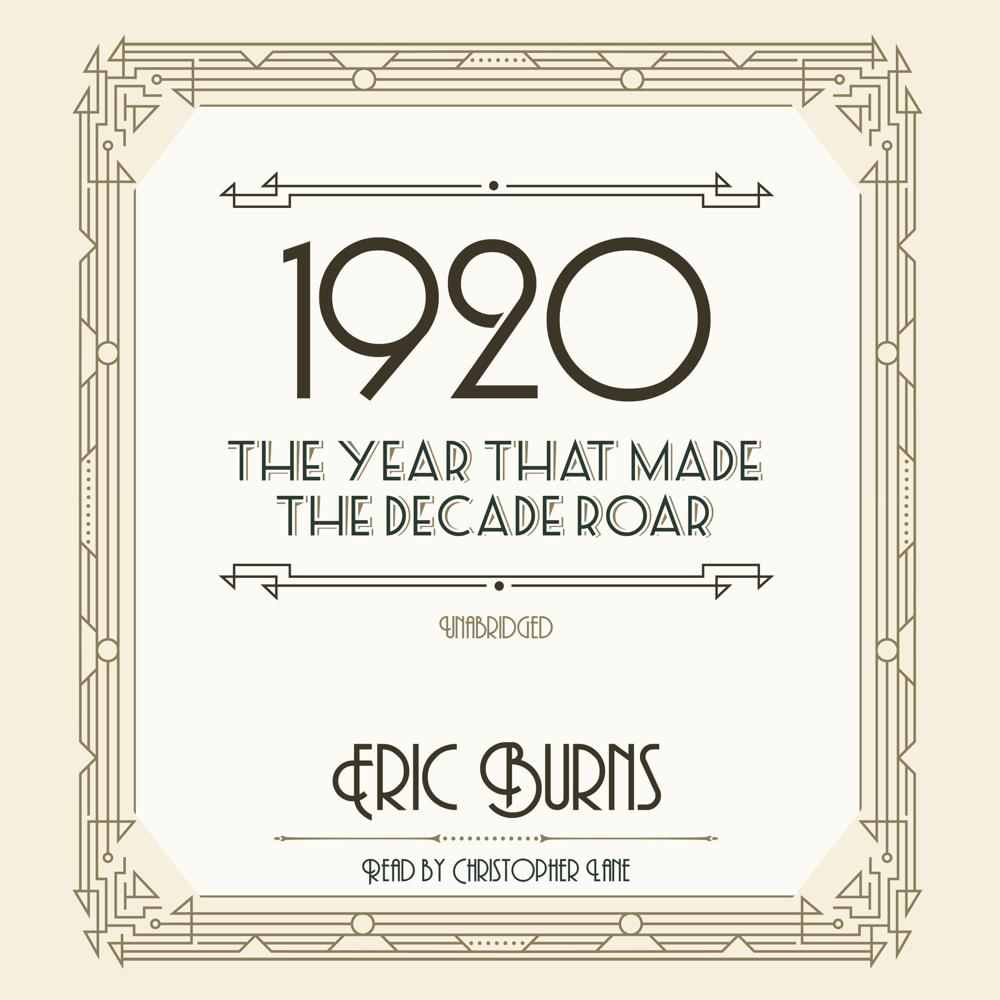 One of the most dynamic eras in American history, the 1920s began with a watershed year that would set the tone for the century to follow.

The Roaring Twenties is the only decade in American history with a widely applied nickname, and our collective fascination with this era continues. But how did this surge of innovation and cultural milestones emerge out of the ashes of World War I?

Acclaimed author Eric Burns investigates the year 1920, which was not only a crucial twelve-month period of its own, but one that foretold the future. 1920 foreshadowed the rest of the twentieth century and the early years of the twenty-first, whether it was Sacco and Vanzetti or the stock market crash that brought this era to a close.

Burns sets the record straight about this most misunderstood and iconic of periods. Despite being the first full year of armistice, 1920 was not a peaceful period—it contained the greatest act of terrorism in American history to that time. And while 1920 is thought of as the beginning of a prosperous era, for most people life had never been more unaffordable. Meanwhile, African Americans were putting their stamp on culture. And though people today imagine the frivolous image of the flapper dancing the night away, the truth was that a new kind of power had been bestowed on women, and it had nothing to do with the dance floor.

From prohibition to immigration, the birth of jazz, the rise of expatriate literature, and the original Ponzi scheme, 1920 was truly a year like no other.

“Lively. Burns convincingly dispels a number of popular beliefs, including the idea that the ‘ignoble experiment’ of Prohibition was solely responsible for the birth of organized crime in America. He also finds parallels with many issues and ‘civil wrongs’ still running through our landscape: terrorism, immigration, women’s rights, political corruption, and tabloid culture.”

“A fine review of the new kinds of power emerging among women and minorities of the times, and the concurrent events that made the 1920s so significant.”

“More than a ‘preview of a decade,’ 1920 was ‘a preview of the entire century and even the century to follow’…An entertaining and informative look at a pivotal period…Burns makes it possible to recognize the century to come in this intimate study of a single year, and the result is downright fascinating.”

“[This] fascinating work about a remarkable year…shows us what put the roar in the Roaring ’20s…Burns follows it all with verve. In this delightfully readable book, the author expertly shows how those affected by the Great War…really did change the world.”

“This well-researched work reveals an oft-forgotten past and sheds light on the misconceptions that mar modern perceptions of 1920.”