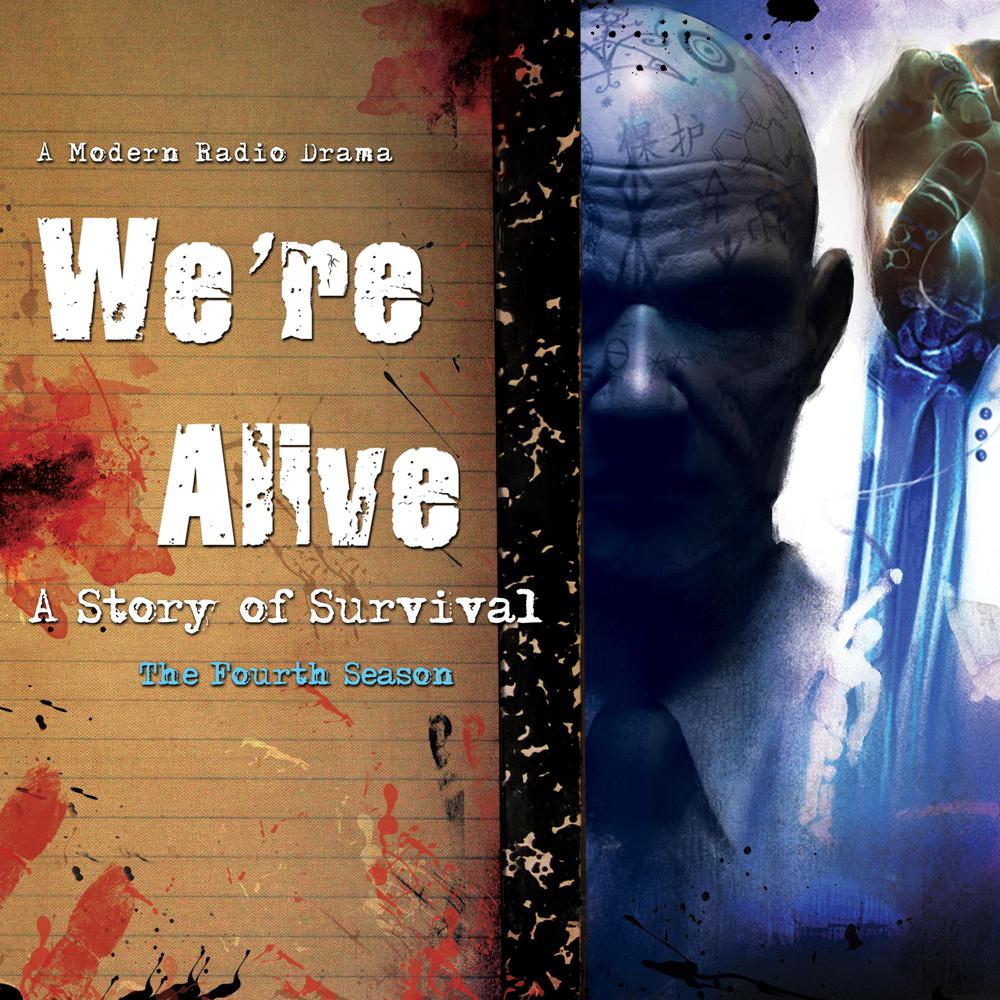 The battle has begun. There is no more running away or trying to hide. The survivors confront their attackers head on, both human and otherwise. As the mystery starts to unravel surrounding the man in the pin-striped suit, can our heroes stop him in time?

We're Alive: A Story of Survival, the Fourth Season, the final season, features twelve chapters packed with performances and sound effects that rival movies and prove that modern audio drama is undead and well. Join our survivors as they band together and discover that zombies are far from the worst thing in a postapocalyptic world where the rules of human decency no longer apply.

“We’re Alive is a modern rendition of an old-school medium. Maintaining a style that is both retro and contemporary, the radio drama will give horror fans the campy, kitschy style they like, but it also provides a variety of characters and development to keep general audiences engaged…Despite not being able to see the action, the excitement and intensity is still sustained through score and sound design. In some ways, the lack of visuals to accompany the audio creates more suspense. The narrator controls how much the audience knows, slowly teasing out information. Accompanying the drama are sparse moments of comedic relief…Expressing a keen awareness of the zombie subgenre, many of the jokes come from familiar scenarios and tropes of zombie stories.”