Whiff of Wilde, a Pinch of Poe, and a Frisson of Frost
various authors 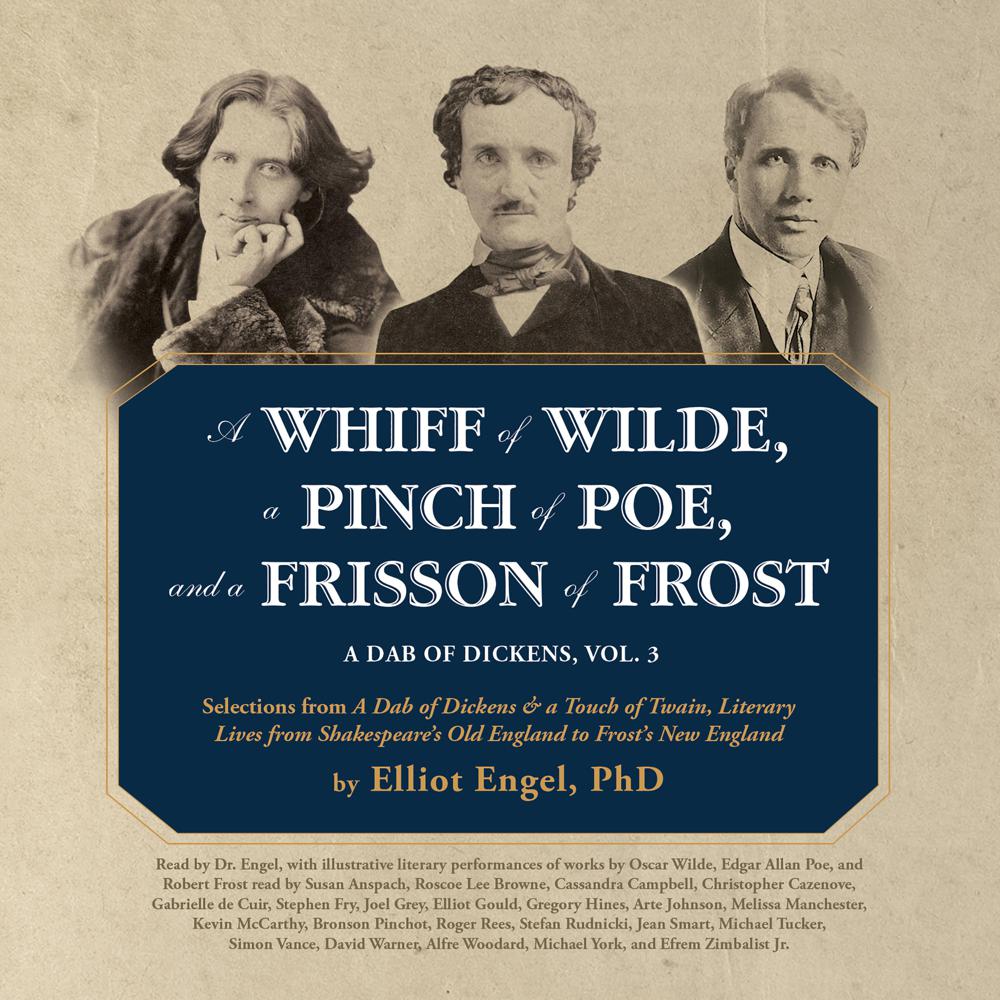 They are icons of the literary world whose soaring works have been discussed and analyzed in countless classrooms, homes, and pubs. Yet for most readers, the living, breathing human beings behind the classics have remained unknown—until now. In this utterly captivating book, Dr. Elliot Engel, a leading authority on the lives of great authors, illuminates the fascinating and flawed members of literature’s elite. In lieu of stuffy biographical sketches, Engel provides fascinating anecdotes.

“Professor Elliot Engel is quite possibly the most insightful, personable, and entertaining academic lecturer to come out of academia in the last fifty years.”