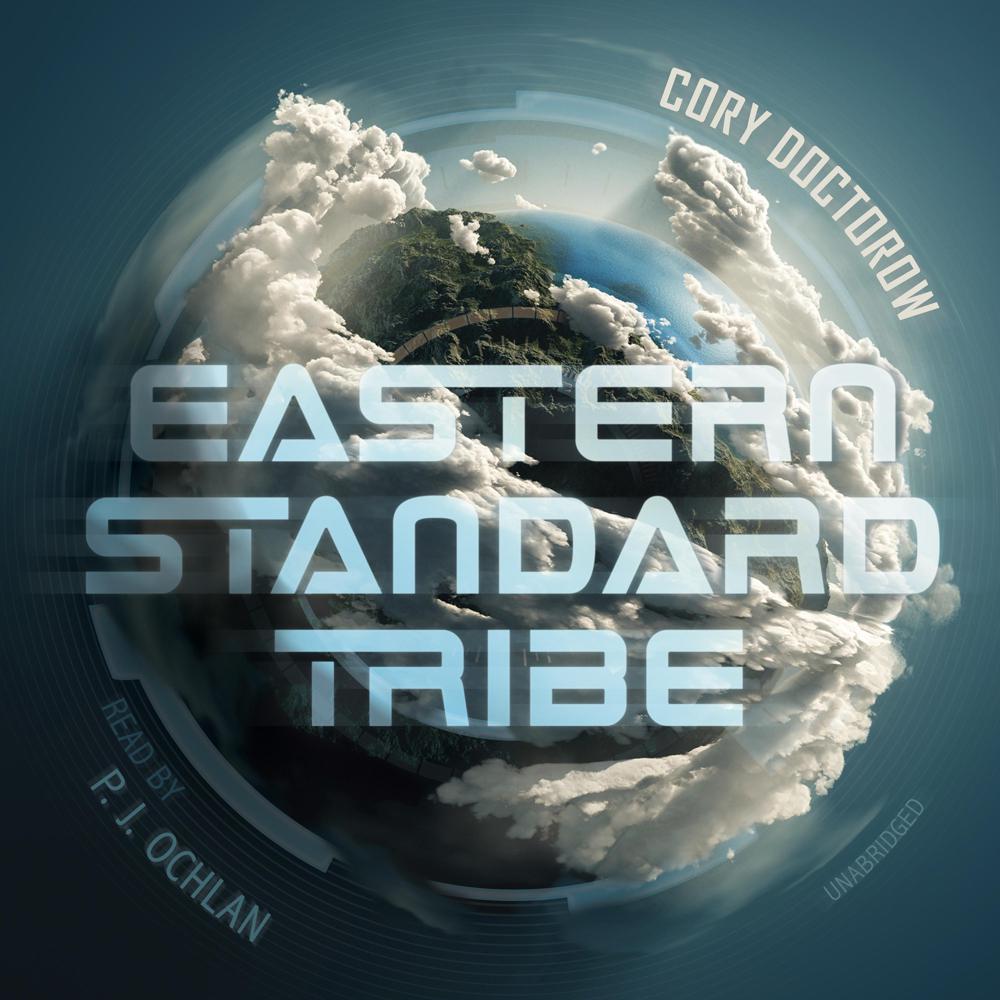 A comedy of loyalty, betrayal, sex, madness, and music-swapping

Art is an up-and-coming interface designer working on the management of data flow along the Massachusetts Turnpike. He’s doing the best work of his career and can guarantee that the system will be, without a question, the most counterintuitive, user-hostile piece of software ever pushed forth onto the world.

Why? Because Art is an industrial saboteur. He may live in London and work for an EU telecommunications megacorp, but Art’s real home is the Eastern Standard Tribe.

Instant wireless communication puts everyone in touch with everyone else, twenty-four hours a day. But one thing hasn’t changed: the need for sleep. The world is slowly splintering into tribes held together by a common time zone. Art is working to humiliate the Greenwich Mean Tribe to the benefit of his own people. But in a world without boundaries, nothing can be taken for granted—not happiness, not money, and most certainly not love … which might explain why Art finds himself stranded on the roof of an insane asylum outside of Boston.

“Bravura…Cory Doctorow writes fast and furiously, the words gushing out of him in a stream of metaphor and imagery that keeps you glued to his futurist tales.”

“Carried along by the rocketing narrative, the reader may not immediately realize this isn’t just a wacky futuristic adventure; it’s a fable with a distinctive moral about choosing physical comfort over spiritual fulfillment and worldly success over true happiness and the frightening consequences that can result.”

“Doctorow lives up to the promise of his first novel…This short novel’s occasionally bitter, sometimes hilarious, and always wackily appealing protagonist consistently skewers those evils of modern culture he holds most pernicious.”

“Doctorow’s easy-going storytelling belies the rapid-fire pacing of his tale of one man caught in a nightmare of time zones and technology. Combining near-future suspense with magical realism, the author of Down and Out in the Magic Kingdom crafts a surrealistic parable of progress gone wrong that belongs in most sf collections.”

“As in Down and Out, Doctorow shows here that he’s got the modern world, in all its Googled, Friendstered, and PDA-d glory, completely sussed.”