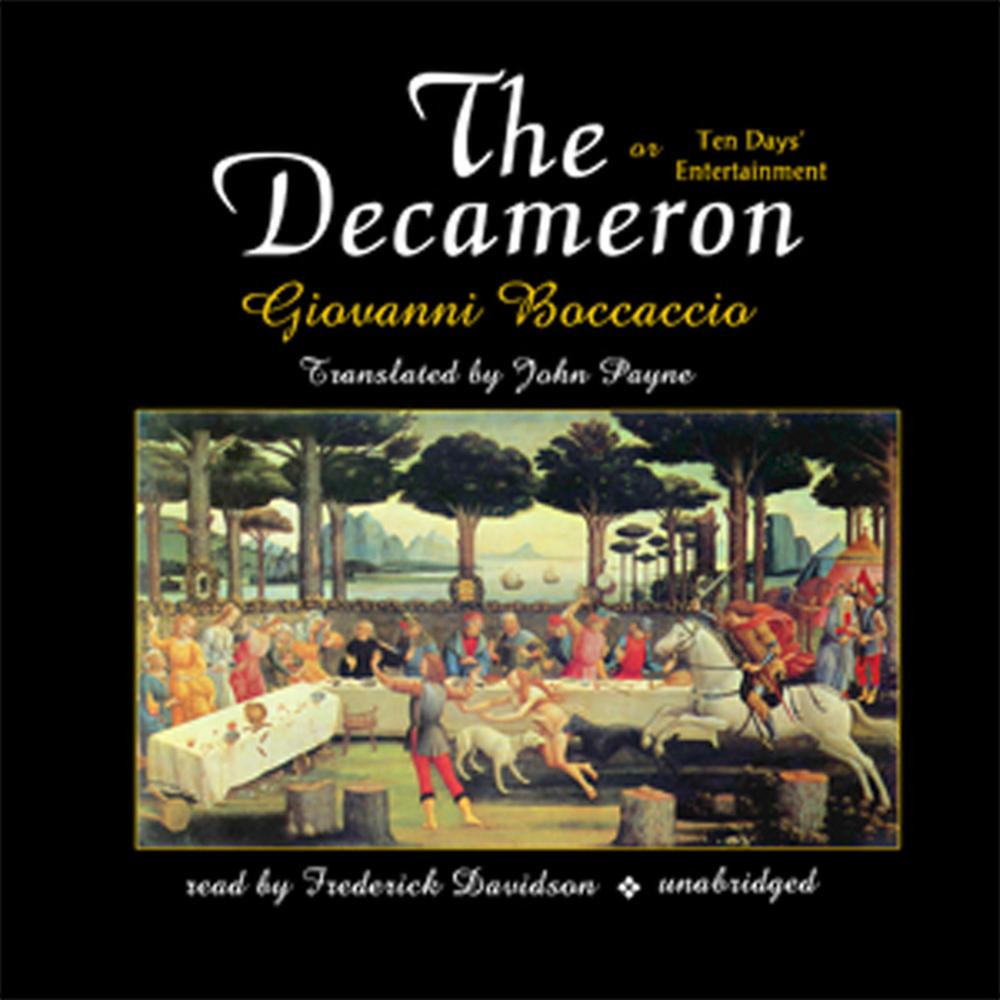 In 1348, the year of the Black Death, seven ladies and three gentlemen escape the dying, corrupt city of Florence to pass ten days in the hills of Fiesole telling each other stories. Reveling in their enchanted dreamworld of beauty and luxury, they take turns playing king or queen for the day, with the designated ruler naming the stipulations for that day's story. In contrast to their idyllic, gentile environment, the stories they tell are marked by an intense, cynical realism and feature ordinary people of less privileged classes. Boccaccio brings these stories alive with the authentic language of the different social classes and a frank, realistic handling of character. His satire often bites deep, yet he embraces evil and holiness alike with sympathy and tolerance, leaving guilty characters to condemn themselves.

Like Dante's Divine Comedy, The Decameron is a monumental work of medieval pre-Renaissance literature.

“Boccaccio broke free of all tradition and created a living literature about ordinary people...The Decameron transcends the medieval period and, going beyond the Renaissance, takes its place as universal art.”