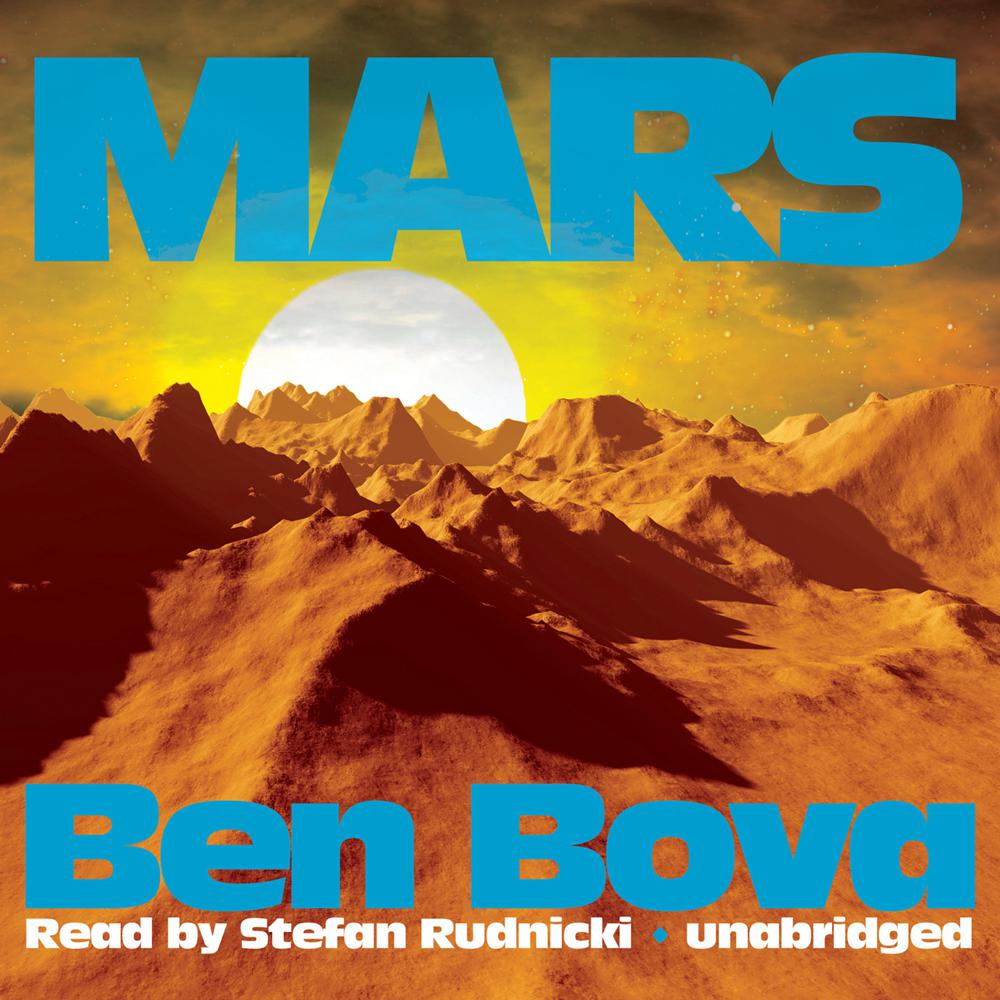 This grand epic adventure from six-time Hugo Award–winning author Ben Bova tells the irresistible story of man’s first mission to that great unconquered frontier, Mars—a planet pocked by meteors, baked by ultraviolet light, and covered by endless deserts the color of dried blood. Technically plausible and compellingly human, Bova’s story explores the political, scientific, and social repercussions of our greatest quest yet: the search for evidence of life beyond Earth’s boundaries.

Half-Navajo geologist Jamie Waterman has been selected for the ground team of the first manned expedition to our mysterious neighbor planet. Joining an international team of twenty-five astronauts and scientists, he endures the rigors of training, the dangers of traveling an incredible distance in space, the challenges of an alien landscape, and the personal and political conflicts that arise when the team must face the most shocking discovery of all.

Mars is an unforgettable portrait of space, politics, science, and humanity that captures for all time the mystery and wonder of an alien frontier.

“Bova re-creates for us much of that first excitement we felt in reading about the possibilities of space flight or, later, witnessing the earliest manned exploration.”

“An intelligent, entertaining story that may also serve as a rallying cry.”

“A sweeping, Michener-style saga of the first expedition to our neighboring planet…[T]he ultimate summer escape.”

“Bova’s 1992 novel follows Jamie Waterman—a Navaho geologist—on the first manned mission to Mars. The multinational expedition is wrought with political and personal strife, as well as a mysterious illness that strikes the entire land crew and nearly brings the project to a halt. The earnestness and longing of the lead character comes through in Stefan Rudnicki’s voice as he narrates the story of Waterman’s dogged search for signs of life on the Red Planet. Whether or not there’s life beneath the frozen surface of Mars, Rudnicki’s spellbinding baritone brings all the members of the international crew to life, providing believable accents for Russian, Brazilian, English, Japanese, and Israeli members of the landing team.”

“Bova has done extensive research and his descriptions of Mars and the conditions under which the study is conducted are very plausible. All in all, a satisfying story.”