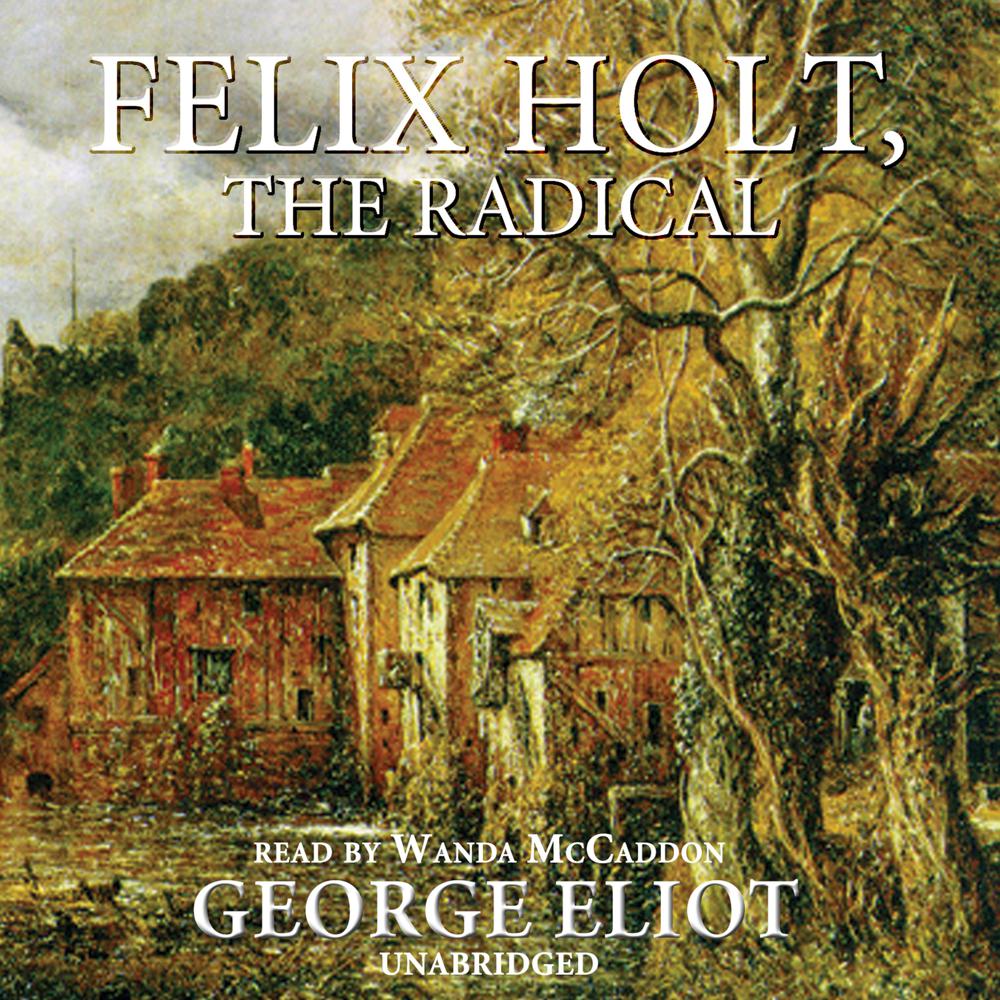 “If a woman really believes herself to be a lower kind of being, she should place herself in subjection….If not, let her show her power of choosing something better.” This is the challenge thrown down to George Eliot’s heroine, Esther Lyon, who dreams of marrying into a life of refinement. But as she struggles to make her choice between two men, Esther finds her values challenged.

Felix Holt is a respectably educated young man who has relinquished opportunity for life as an artisan. An idealist, he burns to participate in political life so that he may improve the lot of his fellow artisans. Contrasted with Holt is the intelligent heir Harold Transome, whose political ambitions are a matter of business. Plot twists involving lines of inheritance and legitimacy complicate the love triangle.

“Nadia May fills the listener in with brisk, breathless cadences, breezing through the lengthy descriptions like a lovable neighborhood gossip…[she] seems to be enjoying herself, which enables the listener to do the same.”

“George Eliot insists on dissatisfaction—which is the raw material of social and political change. We can see this effect clearly in [her] most overtly political novel, Felix Holt, the Radical…It has its own integrity, a unity arising from the complexly rendered interrelationships between its election plot and its compelling personal stories.”

“[A] powerful novel of social ambition and illicit love.”