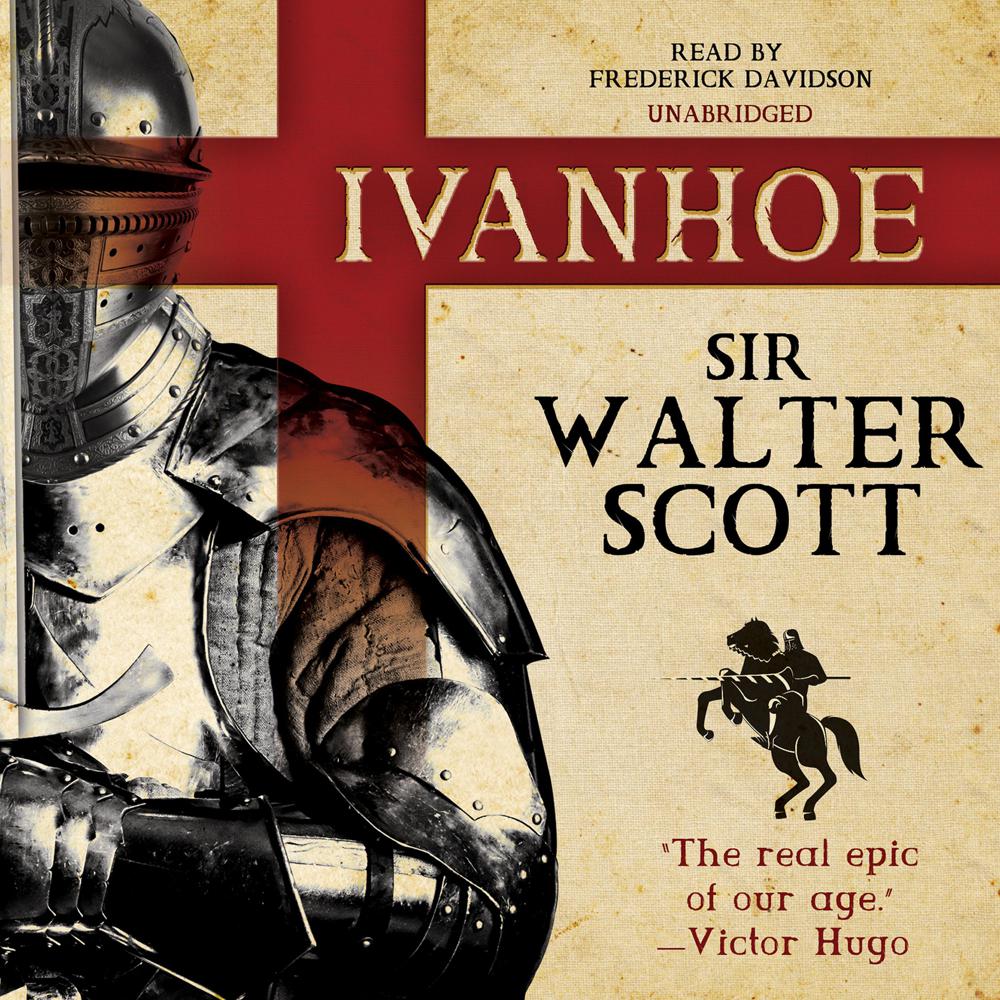 Upon returning from the Crusades, where he served with King Richard I, Wilfred of Ivanhoe is met with his father's disapproval, having fallen in love with Rowena, his father's ward. When his father disinherits him, Ivanhoe gets caught up in the power struggle between the king and his brother, Prince John, who is attempting to usurp the throne. Against the backdrop of a tournament of the Knights Templar, a series of adventures takes place. Ivanhoe catches the eye of Rebecca, a beautiful and courageous Jewess; he is taken prisoner, along with his father and hers, and Rowena as well; then they must rely upon one Locksley (Robin Hood) and his band of outlaws to set them free. When Rebecca is subsequently charged with witchcraft, she asks Ivanhoe to champion her in a trial by combat—but have his affections shifted, or does he still love Rowena?

“Walter Scott is out and away the king of the romantics.”

“The real epic of our age.”

“A work of enduring value.”