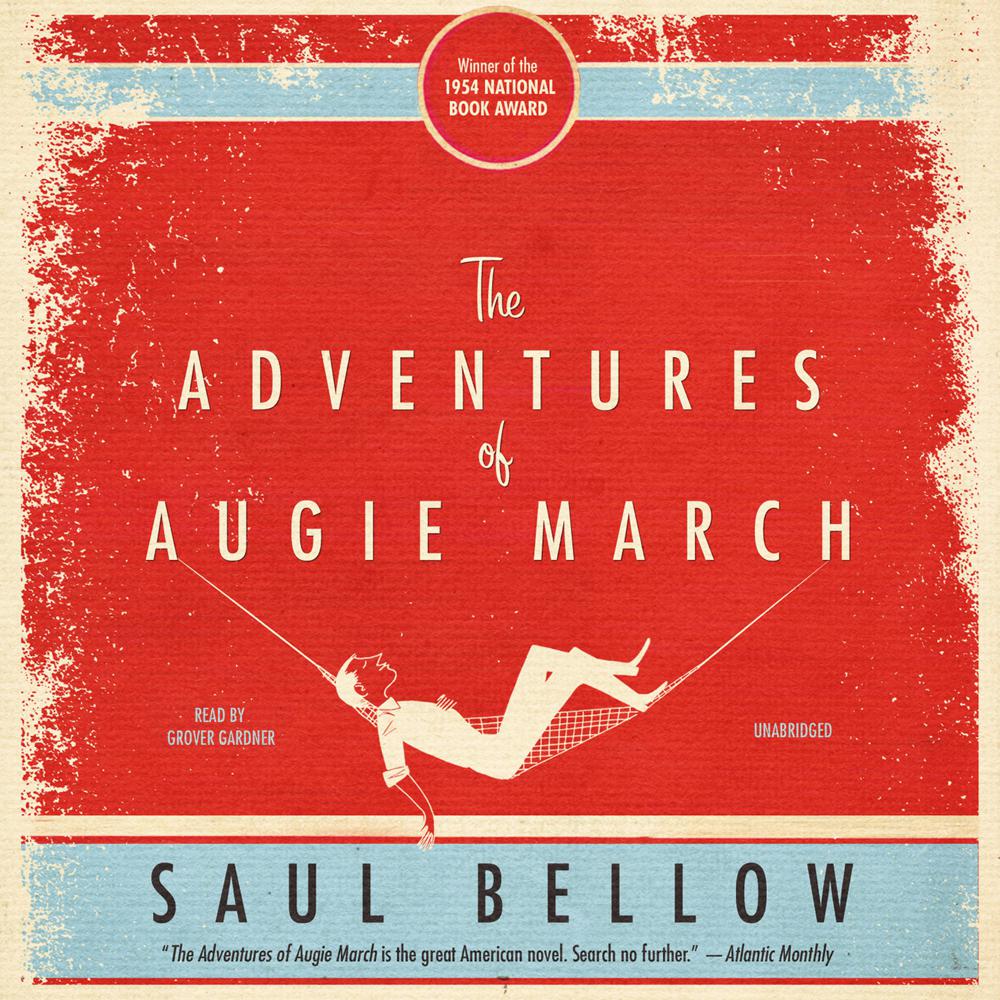 This grand-scale heroic comedy tells the story of the exuberant young Augie, a poor Chicago boy growing up during the Depression. While his neighborhood friends all settle down into their various chosen professions, Augie, as particular as an aristocrat, demands a special destiny. He latches on to a wild succession of occupations, proudly rejecting each one as too limiting. It is not until he tangles with a glamorous perfectionist named Thea, a huntress with a trained eagle, that his independence is seriously threatened. Luckily, his nature, like the eagle’s, breaks down under the strain. He goes on to recruit himself to even more outlandish projects but always ducks out in time to continue improvising his unconventional career.

With a jaunty sense of humor embedded in a serious moral view, Bellow’s story both celebrates and satirizes the irrepressible American spirit.

“The Adventures of Augie March is the great American novel. Search no further.”

“[Bellow’s] body of work is more capacious of imagination and language than anyone else’s…If there’s a candidate for the great American novel, I think this is it.”

“The best postwar American novel…magnificently terminates and fulfills the line of Melville, Twain, and Whitman.”

“This is a must-listen; should be in most collections.”

“A book of extraordinary and massive power…plainly one of the richest of twentieth-century American novels.”

“[Grover Gardner’s] reading...is masterful...Listening to [Gardner’s] superb reading of the novel makes clear that this is one of Bellow’s most entertaining and most profound books; it is, in fact, a magnificent modern novel.”