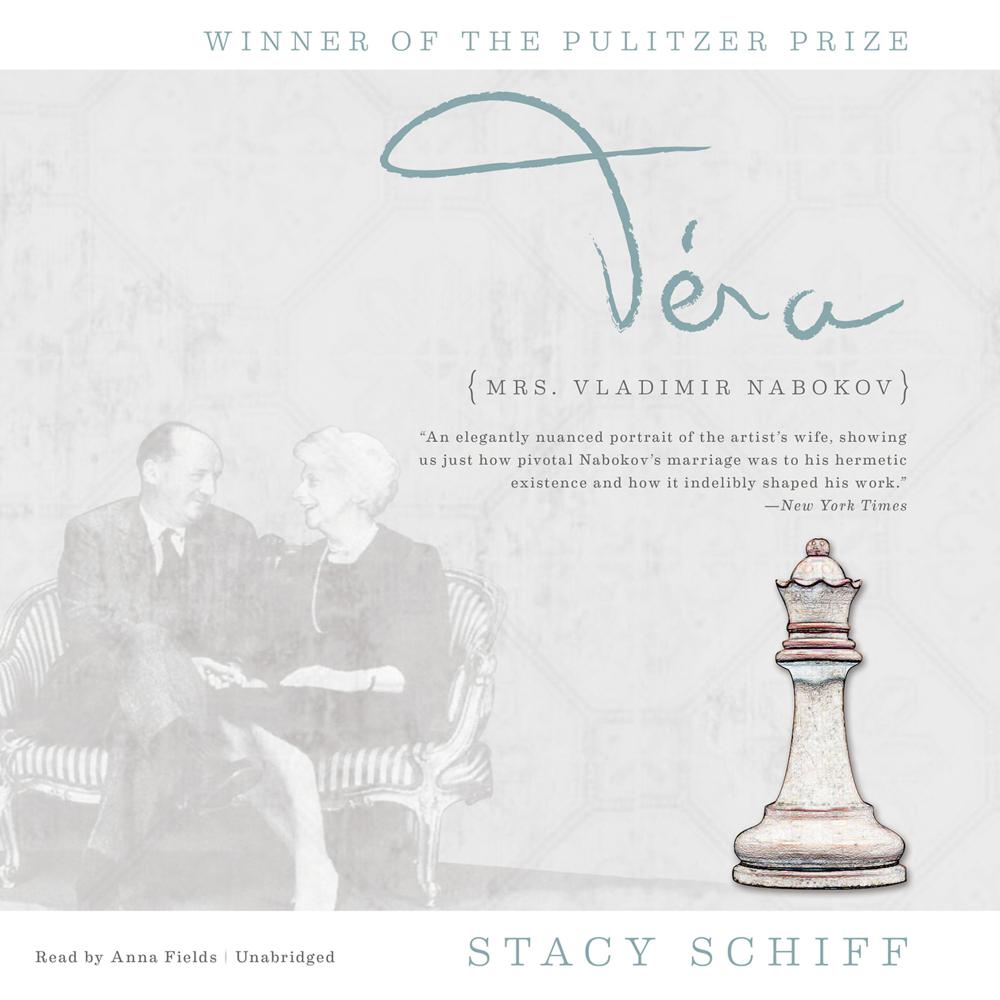 Winner of the 2000 Pulitzer Prize for Biography and hailed by critics as both "monumental" (Boston Globe) and "utterly romantic" (New York magazine), Stacy Schiff's V├®ra, the story of Mrs. Vladimir Nabokov, brings to shimmering life one of the greatest literary love stories of our time. Vladimir Nabokov—the ├®migr├® author of Lolita, Pale Fire, and Speak, Memory—wrote his books first for himself, second for his wifeV├®ra, and third for no one at all.

Set in prewar Europe and postwar America, spanning much of the twentieth century, the story of the Nabokov's fifty-two-year marriage reads as vividly as a novel. V├®ra, both beautiful and brilliant, is its outsized heroine—a woman who loves as deeply and intelligently as did the great romantic heroines of Austen and Tolstoy. Stacy Schiff's V├®ra is a triumph of the biographical form.

“Schiff has succeeded in creating an elegantly nuanced portrait of the artist’s wife, showing us just how pivotal Nabokov’s marriage was to his hermetic existence and how it indelibly shaped his work. She effortlessly conjures up the disparate worlds the couple inhabited...a formidable challenge for a biography—a challenge that Ms. Schiff, with this book, has most persuasively met.”

“An absorbing story, illumined by Schiff’s flair for the succinct insight.”

“Schiff describes the Nabokovs as ‘the ultimate portmanteau couple’ and her book is something of a portmanteau, too: two biographies for the price of one and a portrait of a marriage thrown in…This is a rich and subtle book. It is also, at times, very moving.”

“Illuminating...‘Without my wife,’ Nabokov once remarked, “I wouldn't have written a single novel.’...Schiff’s work boldly and brilliantly illuminates how complex was this deceptively simple statement...A superb portrait.”

“[Schiff] has given us a vivid and truthful portrait of a proud and gifted woman whose contribution to Vladimir Nabokov’s life and career was immense.”

“A sharply focused, vividly detailed portrait. Schiff’s elegant prose style [is] at once forceful and playfully allusive in the nicest Nabokovian fashion.”

“A sensitive rendering of one of the century’s great love stories.”

“This book offers more than a peek at the famous author through his wife’s eyes. When her 1991 New York Times obit called Vera ‘Wife, Muse, and Agent’ it only hinted at her role, which is rescued from obscurity in Schiff’s graceful prose.”

“This is a subtle and canny biography of a very smart but prickly woman. Véra… managed to so intertwine herself in [Vladimir’s] personal, intellectual, and literary endeavors that it becomes difficult, or impossible, to separate her from him.”

“[A] riveting portrait…Anna Fields’ intelligent narration is necessary to convey the life of such a woman adequately. Highly recommended.”

“The fascinating story of a modern woman who made a life-long career as her husband’s intellectual companion, secretary, manager, and guardian angel…Schiff’s entertaining biography powerfully argues that in effacing herself for her husband’s aggrandizement, Vera Nabokov entered history arm in arm with one of the century’s greatest men of letters.”

“Schiff here cements her reputation as a literary biographer of striking subtlety and perceptiveness…Schiff’s elegant prose and eye for nuance nearly match Nabokov himself in this lucid, unsentimental portrait of a marriage.”