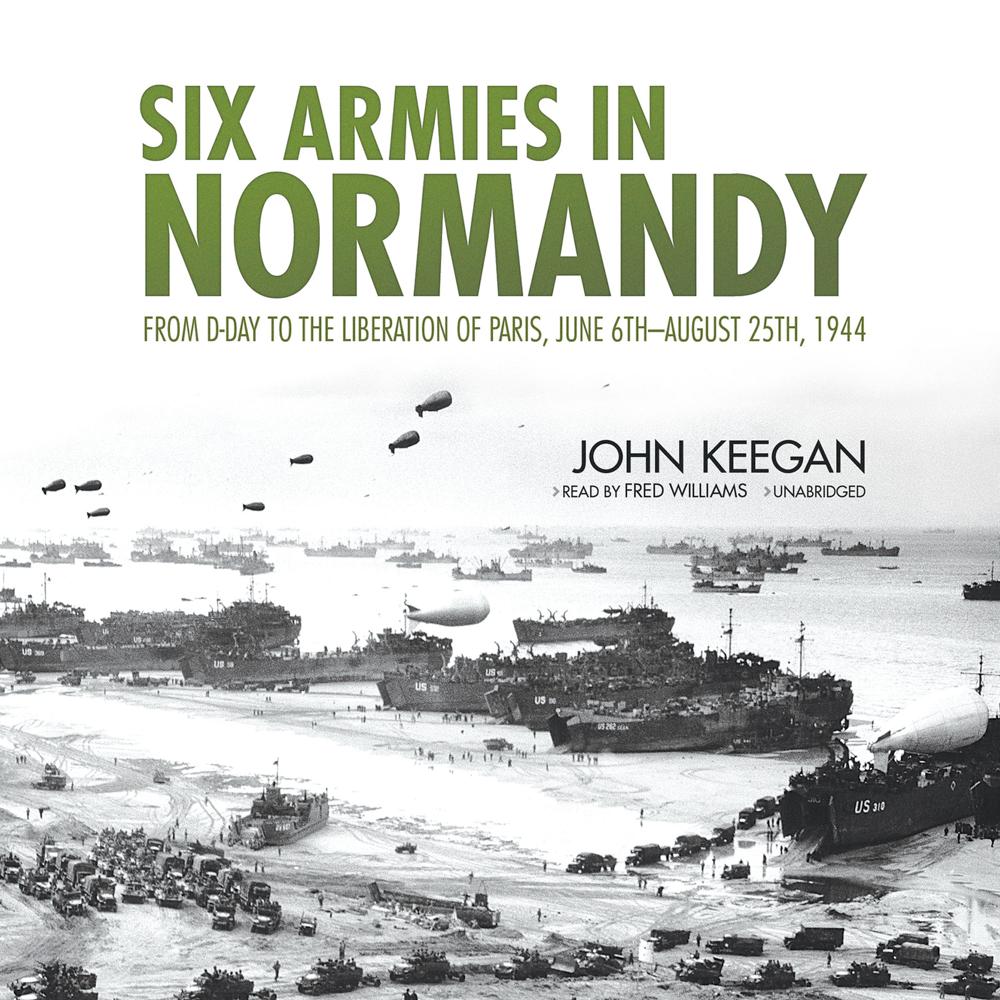 In burnished, driving prose, John Keegan chronicles the 1944 invasion of Normandy, from D-day to the liberation of Paris. At the same time, he furthers his exploration of the "role which warfare and its institutions play in social life" by showing how each of the six armies, while resembling one another in purpose and authority, is a mirror of its own nation's values. Each army is shown at successive stages of the invasion in a battle sequence testing them to the utmost: the Americans in their terrifying night drop on the eve of landings, the Canadians at the Omaha beachhead, the English savagely fighting their way inland, the Germans in their surprisingly strong resistance, the Poles in exile desperately blocking the German escape route, and the French at last liberating their City of Light. This extraordinary book is a shining addition to the dramatic literature of men at war.

“[An] innovative approach…Keegan is a skilled writer and his battle accounts are stirring. But beyond the vivid battle stories, this is also a book that will engage intellectually those who study battles and tactics, as well as the diplomatic activity that was necessary for the Allied victory in the Second World War’s European theater of operations.”

“[John Keegan] writes about war better than almost anyone in our century.”

“The story of this vast, complex, and risky amphibious assault, and the campaign which followed, has been told many times but never better than by John Keegan.”

“Keegan’s brilliantly written account of the Allied invasion of France in 1944 is peppered with the author’s childhood recollections, memorable prose, inspiring vocabulary, and expert commentary on the experience of and strategies behind this vital campaign.”

“The oft-told story of the British-American Second Front debate is recast, compellingly, in terms of salient individuals…The character of national armies, the play of chance and circumstance, the imperatives of technology and strategy—all are brilliantly interwoven and elaborated. If anyone can convert the thoughtful reader to ‘war books,’ it will be Keegan.”