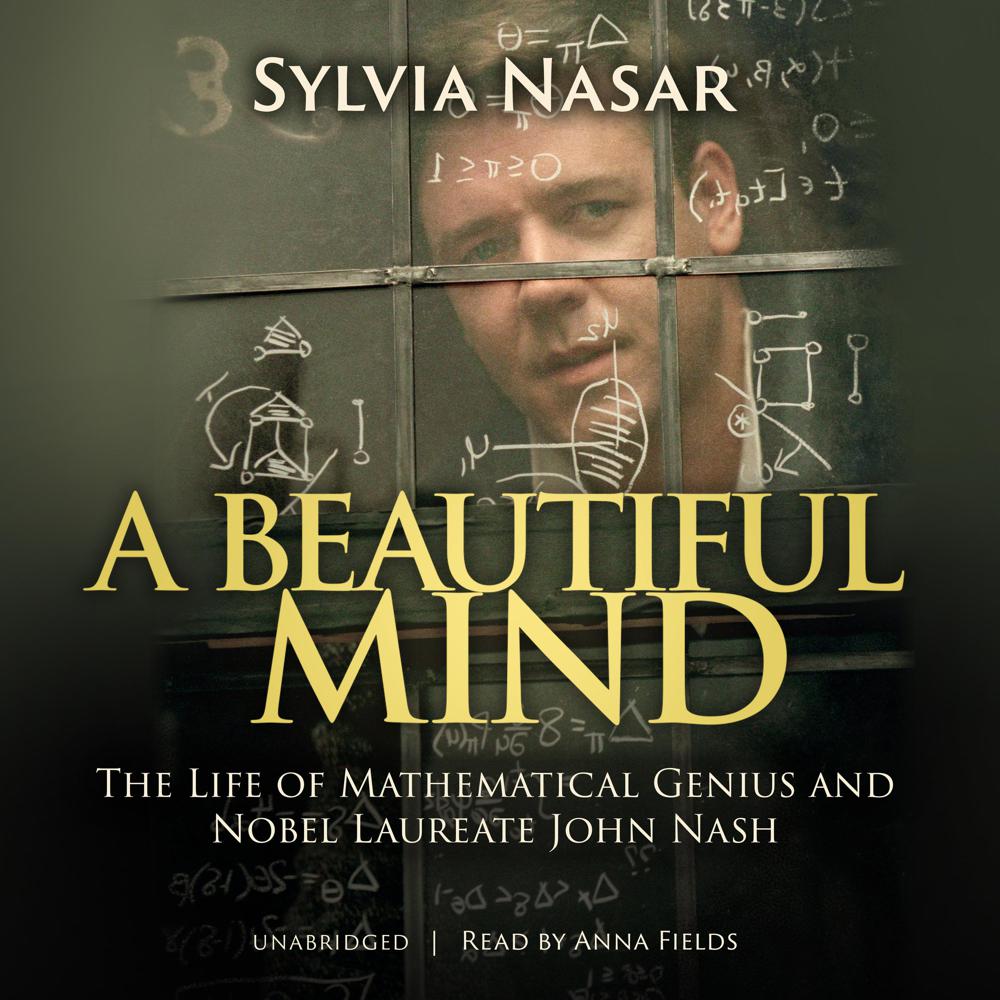 John Forbes Nash, Jr., a prodigy and legend by the age of thirty, dazzled the mathematical world by solving a series of deep problems deemed “impossible” by other mathematicians. But at the height of his fame, Nash suffered a catastrophic mental breakdown and began a harrowing descent into insanity, resigning his post at MIT, slipping into a series of bizarre delusions, and eventually becoming a dreamy, ghostlike figure at Princeton, scrawling numerological messages on blackboards. He was all but forgotten by the outside world—until, remarkably, he emerged from his madness to win the Nobel Prize.

A Beautiful Mind is “a story about the mystery of the human mind, in three acts: genius, madness, reawakening.” A true drama, it is also a fascinating glimpse into the fragility of genius.

“A Beautiful Mind is a brilliant book—at once a powerful and moving biography of a great mathematical genius and an important contribution to American intellectual history.”

“A Beautiful Mind is a splendid book, deeply interesting and extraordinarily moving, remarkable for its sympathetic insights into both genius and schizophrenia. It is equally gripping as a portrait of the mathematical community at Princeton and of Nash’s friends and family, and the perhaps crucial part they played in his psychic survival and eventual emergence.”

“A Beautiful Mind tells a moving story and offers a remarkable look into the arcane world of mathematics and the tragedy of madness.”

“Nasar has written an intriguing account of a fascinating man, of a ‘beautiful’ mind, and of terrible madness. She has also written a deeply moving love story, an account of the centrality of human relationships in a world of nightmare and genius.”

“Economist and journalist Sylvia Nasar has written a biography of Nash that looks at all sides of his life. She gives an intelligent, understandable exposition of his mathematical ideas and a picture of schizophrenia that is evocative but decidedly unromantic. Her story of the machinations behind Nash's Nobel is fascinating…highly recommended.”

“Every once in a while there appears a book on science that mirrors the splendor of its subject. Sylvia Nasar’s A Beautiful Mind is such a book—an eloquent, heartbreaking, and heartwarming tale, told with elegance and assurance of a major writer.”

“A notable biography…Nasar, an economics correspondent for the New York Times, is equally adept at probing the puzzle of schizophrenia and giving a non-technical context for Nash's mathematical and scientific ideas.”

“Nasar tells a story of triumph, tragedy, and enduring love.”

“Rarely has the fragility of the boundary separating genius from madness been illustrated with more compelling insight…Untangling the strands of this perplexing life requires the rare author who can explicate the complex rationality of differential calculus and also plumb the bizarre illogic of schizophrenia…Nasar tells the story of a great mind broken and then healed with subtle sympathy, which will touch any reader who understands what it means to hope—or to fear.”

“Nasar…provid[es] a sense of the rarefied and competitive atmosphere of mathematics departments in the nation's leading universities during the height of the Cold War. The peripheral characters of the book are vividly drawn, and episodes in Nash’s life are painted with an extraordinary attention to detail. She also presents advanced mathematical theories in an accessible and palatable way.”