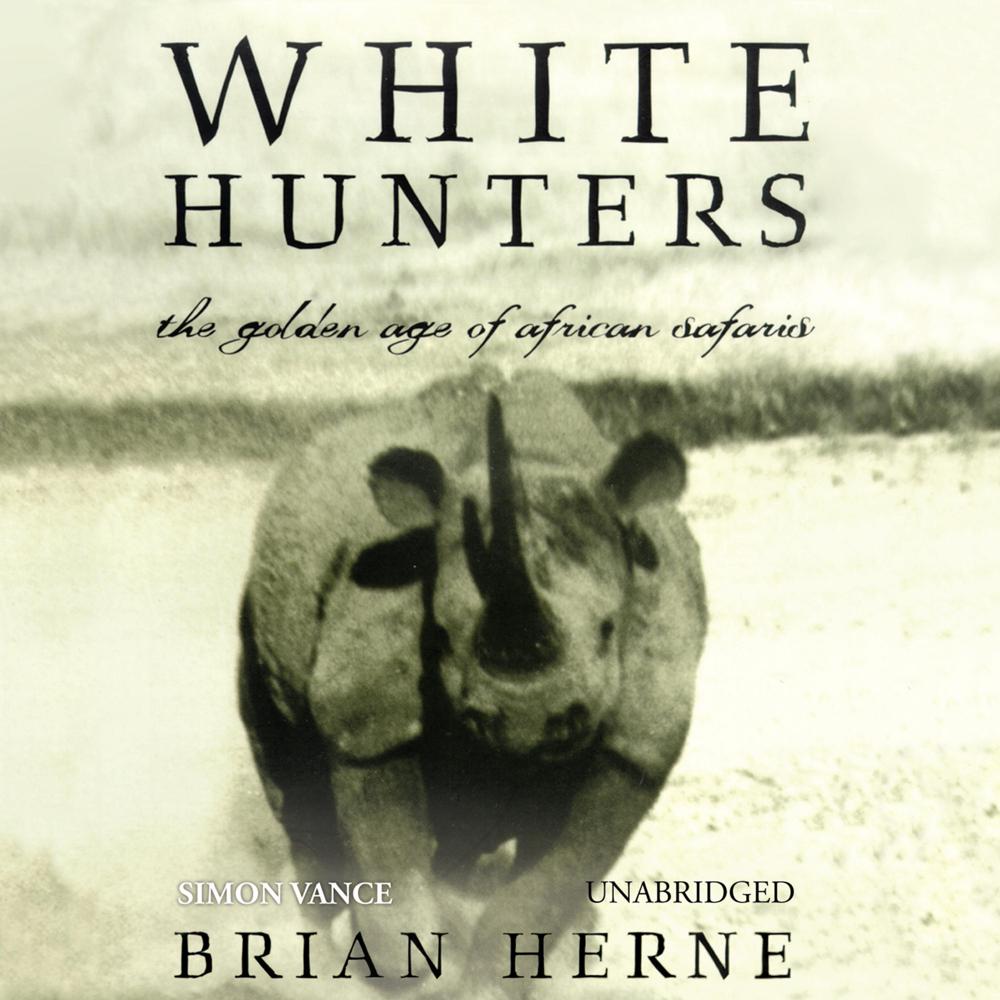 A little over 100 years ago, East Africa was terra incognita to most whites: a land largely unmapped, sparsely settled by Europeans, and teeming with wildlife. It was the hunter-adventurer’s paradise, and by the early 20th century a small, lionhearted clan of explorers and big-game hunters began leading safaris there for money. They became the legendary White Hunters, men who led manifold adventurers in pursuit of the world’s biggest, most dangerous, and most sought-after game.

White Hunters is a nostalgic and densely-packed history of these men and their adventures, from the turn of the century until the 1970s, when politics, a growing population, civil strife, and concern about species destruction intervened.

“Any white hunter worth his salt was seriously mauled at least once in his career, and all the intestine-spilling, claw-in-the-eye-socket minutiae are provided in Brian Herne's White Hunters...[Reads] like a colonial Morte d’Arthur, each hunter seemingly braver than the next.”

“An authoritative and colorful study of African safaris that will appeal to armchair adventurers and history buffs alike.”

“A rich portrait of a magnificent landscape, its animal inhabitants and some of its most reckless human interlopers.”

“Provides invaluable documentation of a period that might otherwise have been consigned to oblivion, and does so with great style.”

“Stunningly recreates that lost Eden of gallantry, endurance, and sudden death…Teddy Roosevelt, Winston Churchill, and the Prince of Wales all have cameos, but true nobility here lies with the big five: Elephant, Lion, Leopard, Buffalo, and Rhinoceros.”

“Herne succeeds in capturing his audience through his portrayal of men who lived on the edge, enjoying sexual liaisons with beautiful women drawn to the lure of Africa even as death lurked around every corner.”