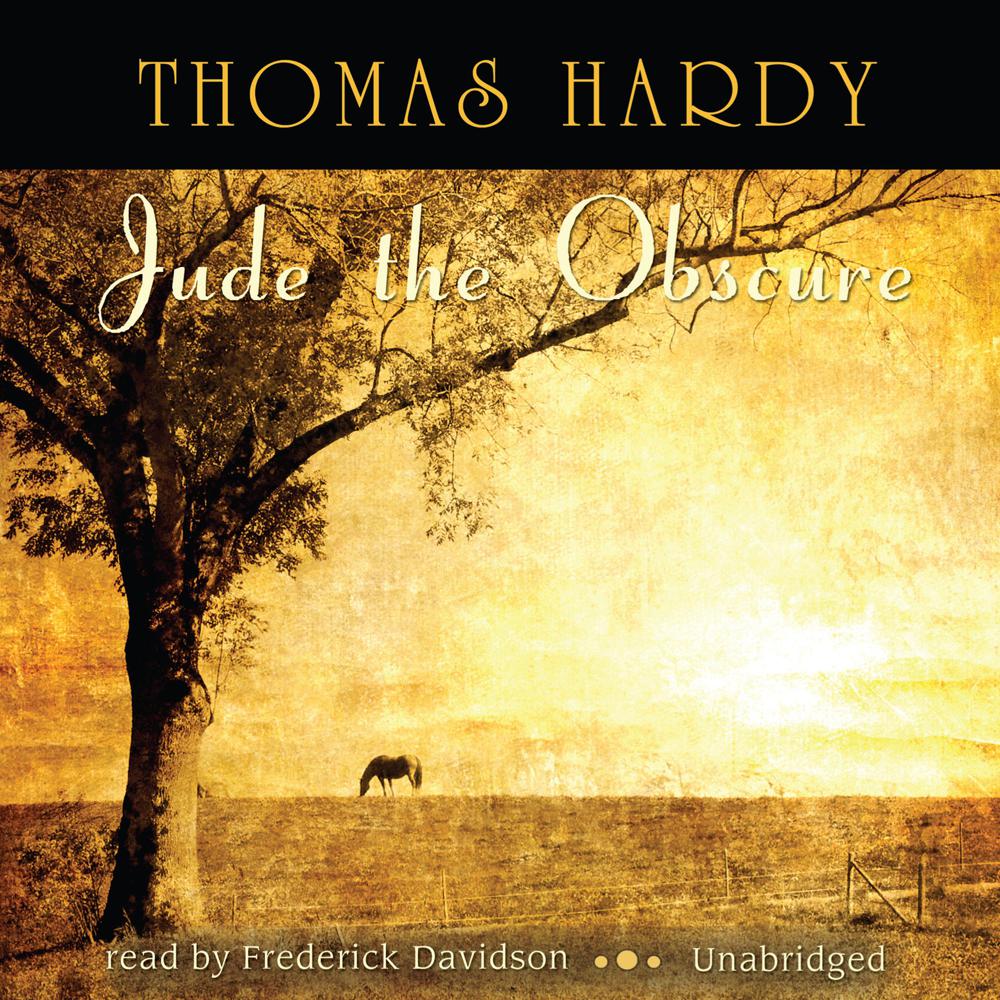 His last and most controversial novel, Jude the Obscure provoked such widespread and bitter attacks that Hardy claimed it caused him to stop writing novels. The primary causes of the uproar involved Hardy’s frank treatment of sexual themes and his unconventional portrayal of the pillars of Victorian society: the British university system, marriage, and religion. Today, many consider this to be Hardy’s finest work.

The story involves the tragic relationship between Jude Fawley, a village stonemason who is thwarted in his aspirations to the ministry, and Sue Bridehead, a freethinking cousin who is shunned by society for her social and sexual rebellion. Concerned with the annihilation of innocence, Jude the Obscure is powerful in its portrayal of suffering, rich in its evocation of nature, and tragic in its vision of life.

“A compelling novel is made more so in this audio version by the outstanding work of Frederick Davidson. Always dependable, Davidson here excels in his use of measured dramatics; his consistent differentiation of a large cast of characters from varying social, educational and, therefore, dialectal groups; and his obvious personal involvement in the miseries of the two main characters.”