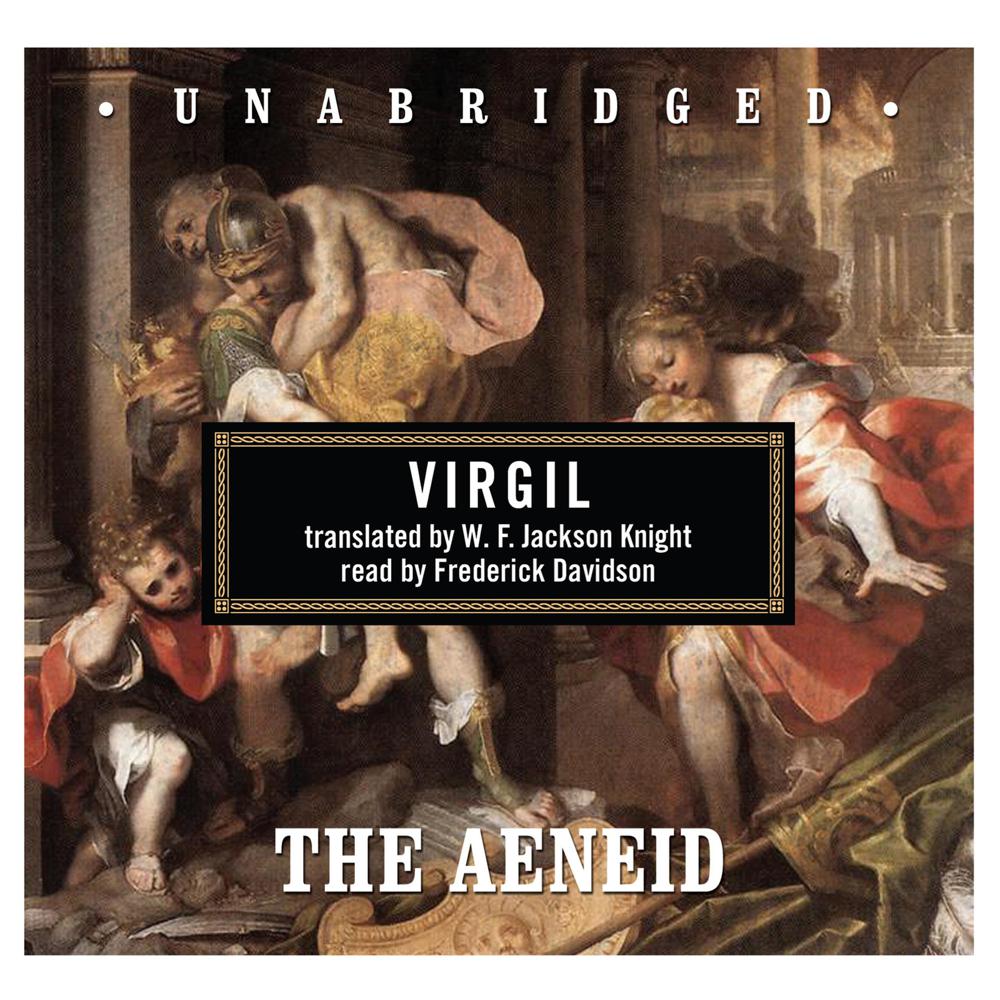 This enduring masterpiece tells of the epic quest of Aenas, who flees the ashes of Troy to found a new civilization: Rome. A unique hero, Aenas struggles and fights not for personal gain but for a civilization that will exist in the far future. Caught between passion and fate, his vision would change the course of the Western world.

Virgil, Rome's greatest poet, turned a mythical legend into a national epic that would survive Rome's collapse to become the most influential book Rome contributes to Western culture.

“The founding of Rome and the maturation of a hero who has greatness thrust upon him are the subjects of Virgil’s first-century (B.C.) epic.”

“A sweeping epic filled with adventure and mythology, heroes and gods. There is a lot of material here for students of history, Greek and Roman mythology, ancient literature…[Davidson’s] diction and pacing are quite good.”