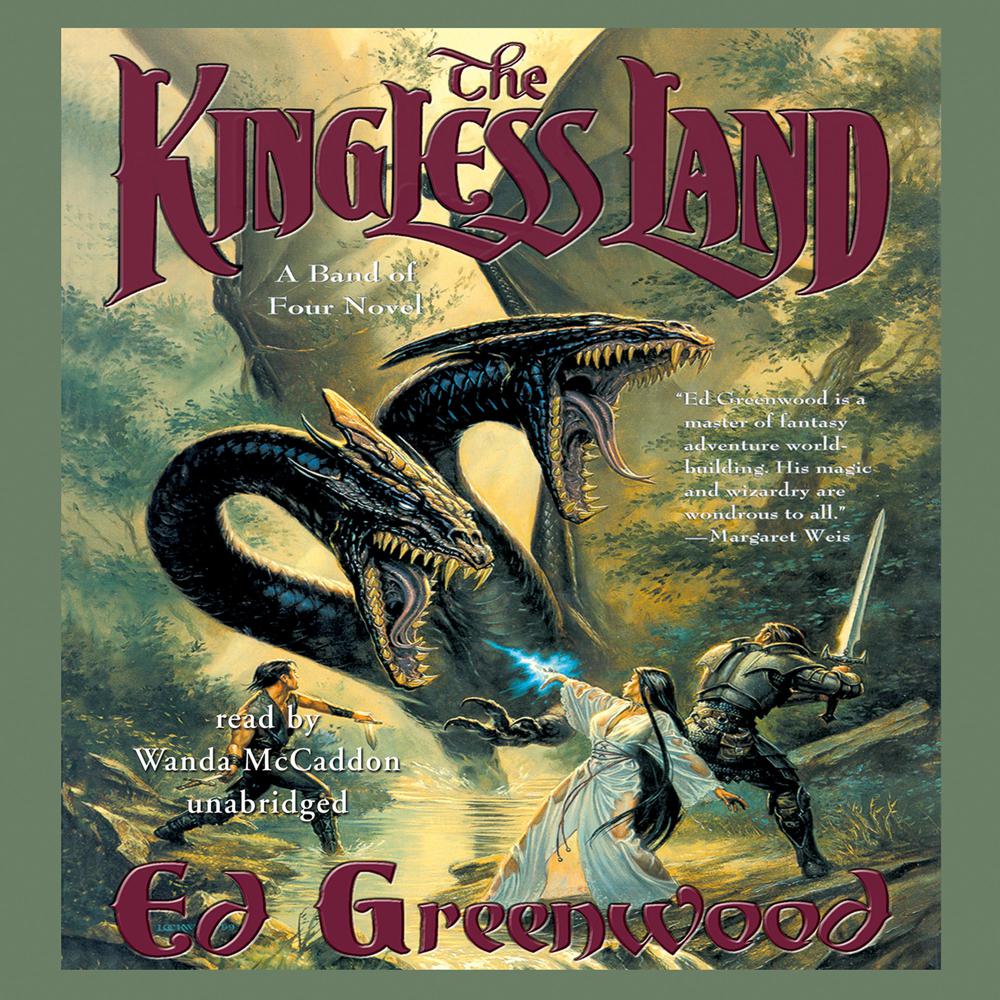 Aglirta is known as the Kingless Land. Once prosperous and peaceful, it has now fallen into lawlessness, studded with feuding baronies engaged in a constant state of war. The only hope for peace lies in the legend of the Sleeping King, destined to rise and restore peace when the Dwaerindim stones are recovered.

Lady Embra Silvertree is the sorceress daughter of a bellicose baron with an eye towards world domination. She has been imprisoned by her father, who hopes to use her as a magical battery to fortify his castle. When a pair of good natured rogues attempt to steal one of her jewel encrusted gowns, they are quickly enlisted as allies to help her escape and, with the aid of a shape-shifting cleric, to seek out the Dwaerindim.

“Plenty of vividly depicted action, odd bits of original and usually effective humor, and a real cliffhanger ending that leaves no doubt that this is the first volume in a series, one that promises to be agreeably entertaining all the way.”

“A graceful tale of high fantasy.”

“Ed Greenwood is a master of fantasy adventure world-building. His magic and wizardry are wondrous to all.”