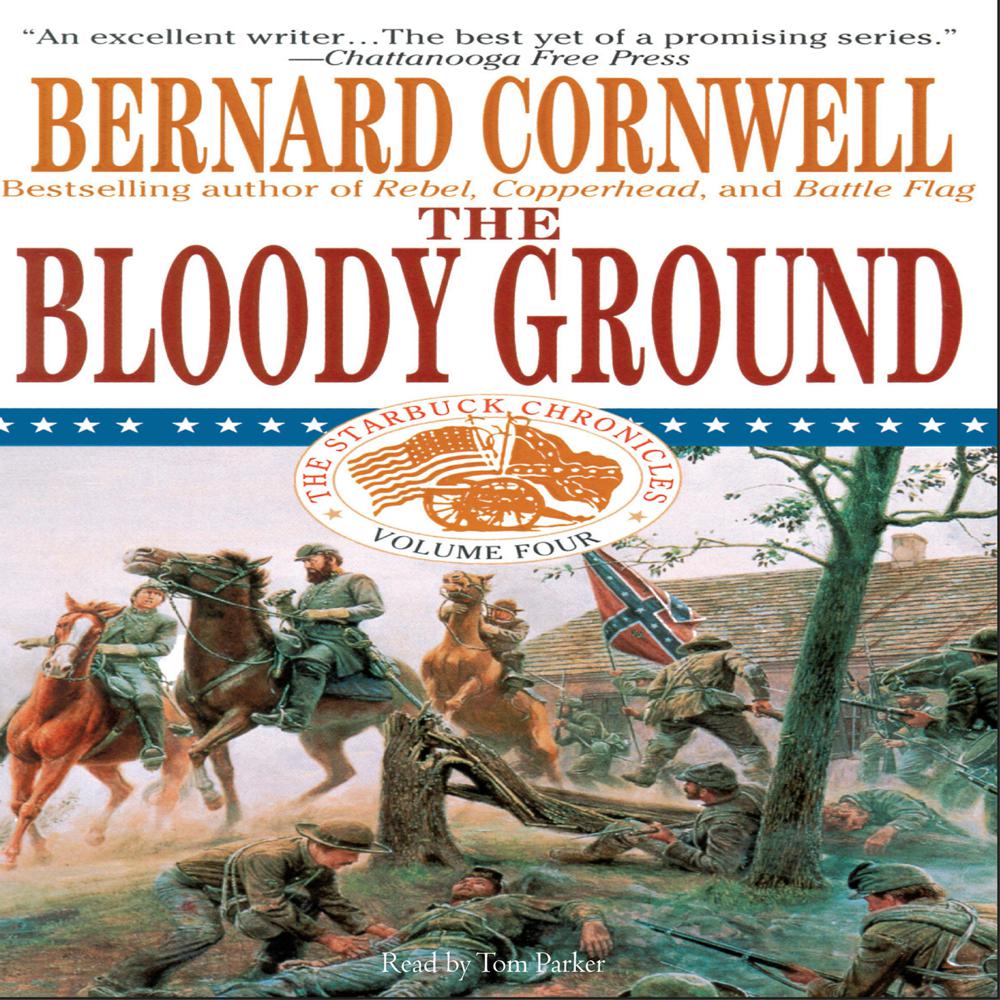 The fourth book in The Starbuck Chronicles, The Bloody Ground follows Boston-born Confederate officer Nathaniel Starbuck as the Confederate army under Robert E. Lee invades the North, culminating in the Battle of Antietam Creek.

It is only weeks after the Second Manassas in September 1862, and Robert E. Lee takes the war north, where he will be met by “Little Mac,” General George McClellan, whose northern army far outnumbers and outguns the invading Confederates. In Richmond, Virginia, Starbuck is given command of a punishment battalion, a motley collection of cowards, thieves, deserters, and murderers, officered by men who do not welcome Starbuck’s arrival. Setting off to join Lee’s army, Starbuck’s men reach Harper’s Ferry in time to take part in Stonewall Jackson’s capture of the Union garrison. From there, it is on to the legendary horror of Sharpsburg beside the Antietam Creek, forever to be remembered as the bloodiest single day of the war. There, in the cornfield, Starbuck and his despised men will have their courage and commitment tested as never before.

“The bloodiest battle in the Civil War comes to life in [Gardner’s] expert narration.”

“Cornwell writes one of the most vivid accounts of a Civil War battle to be found in any novel.”

“The Nathaniel Starbuck Chronicles have a take-you-there-style of writing that romanticizes neither war nor warrior, yet leaves the reader caught up in the passions of the era and the lives of the characters, both real and fictional.”