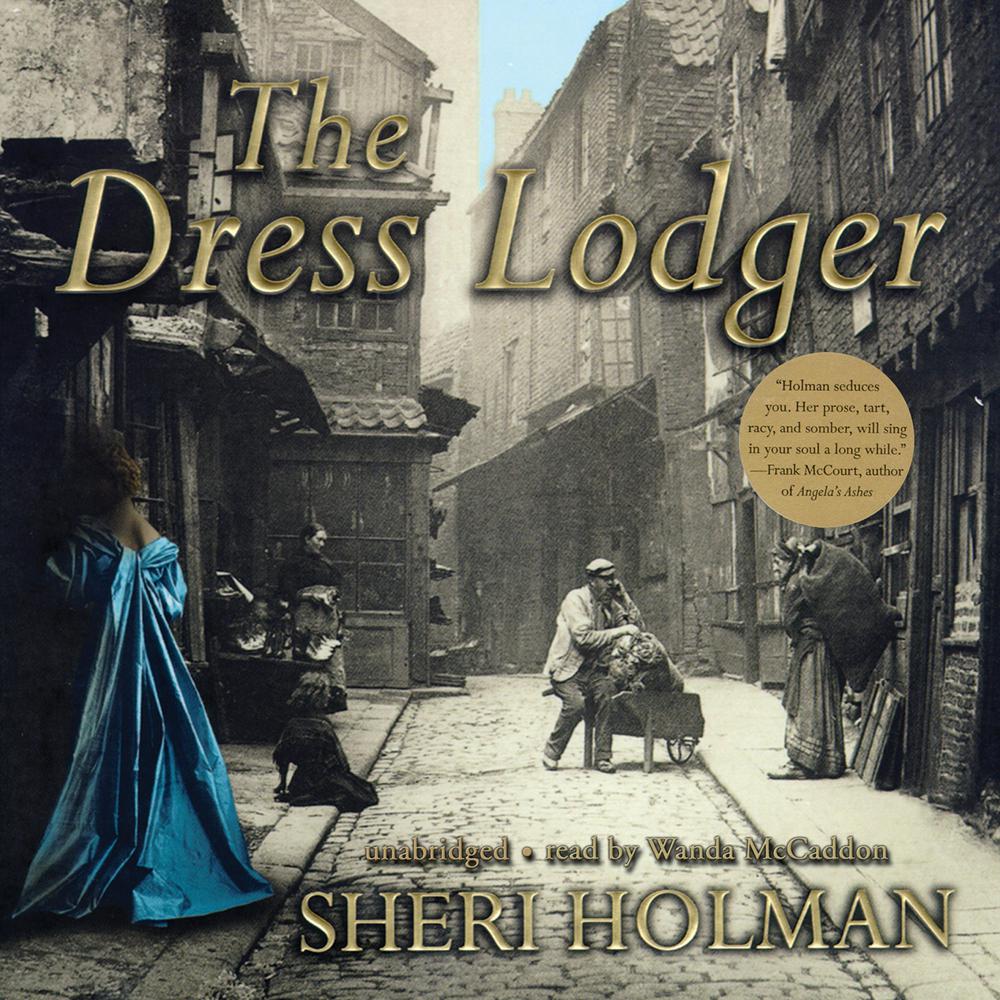 In sinister industrial England, fifteen-year-old Gustine is a "dress lodger," a prostitute who rents a beautiful blue dress from her landlord to attract a higher class of clientele. By day a potter's assistant, by night a courtesan of the streets, Gustine works to support her fragile only child, born with a remarkable anatomical defect.

Surgeon Henry Chiver is a prisoner of his own past, implicated in a series of killings in Edinburgh in which beggars were murdered so that the corpses could be sold to medical schools. He has come to Sunderland to start a new life, but his anatomy school is chronically short of teaching cadavers.

Doctor and dress lodger come together in the filthy, overgrown end of town where, during an epidemic of cholera, Gustine secures bodies for Henry—until his greed and his growing obsession with her child begin to threaten everything she has worked so hard to protect.

The Dress Lodger, a cunning historical thriller charged with a distinctly modern voice, is the book that launched Sheri Holman into bestsellerdom.

“Holman seduces you. Her prose, tart, racy and somber, will sing in your soul a long while.”

“Reminiscent of Wuthering Heights…or the novels of Dickens…With prose that’s limber and vivid.”

“If she flirts with melodrama, it is only in the way that Wuthering Heights does, or the novels of Dickens: that is, it is merely the exuberance of an outstandingly generous and fertile imagination. The Dress Lodger is an even better book than Holman’s first, with prose that’s more limber and vivid—and with, appropriately enough, more heart.”

“Brilliantly stark portrayal of 19th-century urban life, class warfare, cruel medicine and encroaching pestilence...With remarkable breadth and depth, the narrative vividly portrays the human suffering spawned by the early Industrial Revolution...Holman delivers a wealth of morbid, authentic detail, as well as an emotional pivot in her captivating Moll Flanders–like heroine. The major characters are buttressed by a vivacious cast of minors...Holman’s style is risky and direct, treating scenes of Gustine’s quick, humiliating back-alley couplings as well as the doctor’s hypocritical sleaze, with unflinching emotional precision. This dazzlingly researched epic is an uncommon read.”

“The appalling living conditions and struggle to survive in Industrial England are brilliantly captured by Holman. Narrator Nadia May is at her best as she narrates this bizarre story with appropriate irony and even humor…These interesting, distressing, and realistic views of some aspects of history are seldom dealt with as directly. A stunning experience for appropriate listeners.”

“By turns ribald, irreverent, heartbreaking, and horrifying, The Dress Lodger is the story of those who were sacrificed so that modern medicine might advance. Sheri Holman’s  riveting story is superbly narrated by Nadia May and flawlessly produced by Blackstone Audiobooks in this complete and unabridged theatre-of-the-mind format.”

“May’s reading is delightful. Her remarkable gift for accents makes the entire cast of characters come alive as only a master storyteller can.”