Deeds of the Disturber
Elizabeth Peters 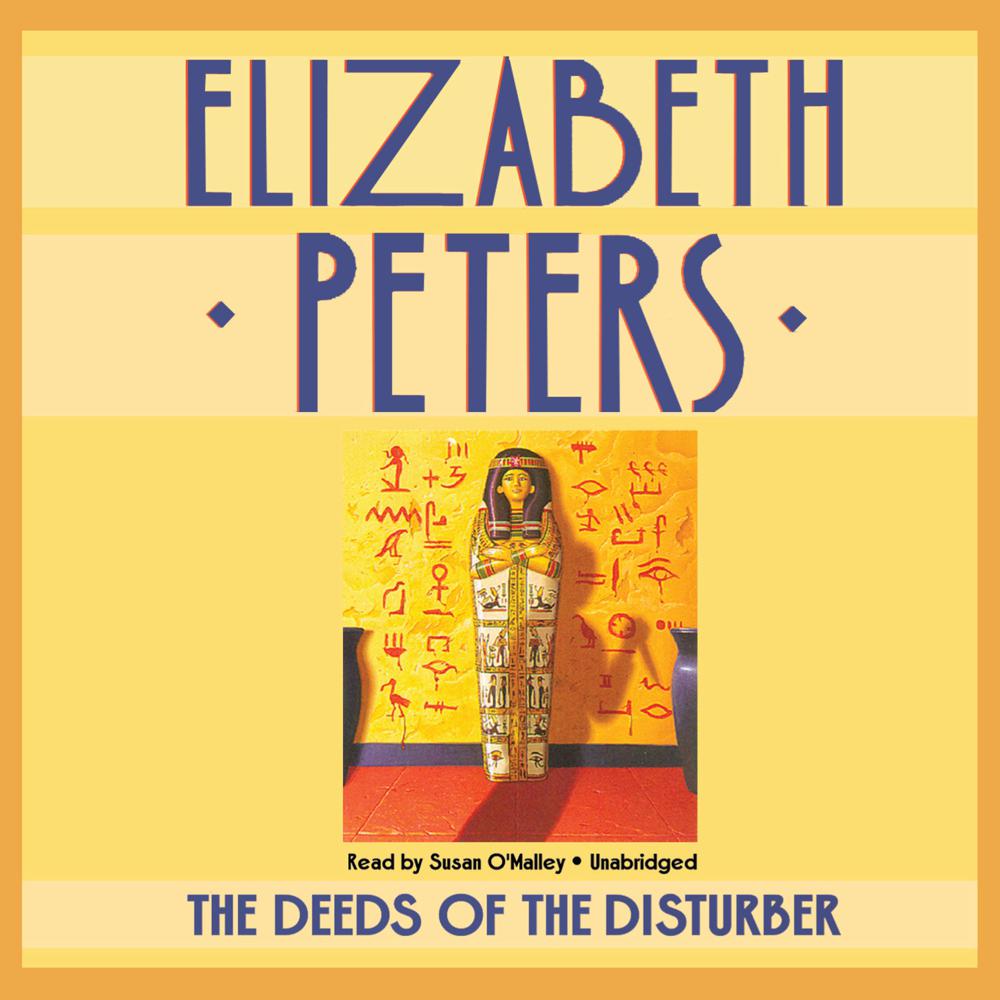 When the body of a night watchman is found sprawled in the shadow of a rare nineteenth-Dynasty mummy case, a look of terror frozen on his face, panic ensues. No one doubts that the guard's untimely demise is the work of an ancient Egyptian curse. No one, that is, except that tart-tongued Victorian Egyptologist, Amelia Peabody, whose remarkable talent for criminal investigation has frustrated villains from London to Cairo.

Fresh from their daring exploits in exotic Egypt, Amelia, her sexy archaeologist husband Emerson, and their catastrophically precocious son Ramses, have returned to their native England just in time to get wrapped up in the intrigue. It's a mystery worthy of Amelia's superior sleuthing, but can she elude the vile clutches of the real perpetrator long enough to uncover his identity?

“There are several intriguing new characters in this mystery…But the spotlight shines brightest on Peabody and Emerson, a couple evenly matched as hot-blooded lovers and professional partners. This is one of grandmaster Peters/Michaels best.”

“Amelia has really pitched a tent in our hearts.”

“A positive treat…I love all the Amelia Peabody books, and The Deeds of the Disturber is even more hysterically funny than her last.”