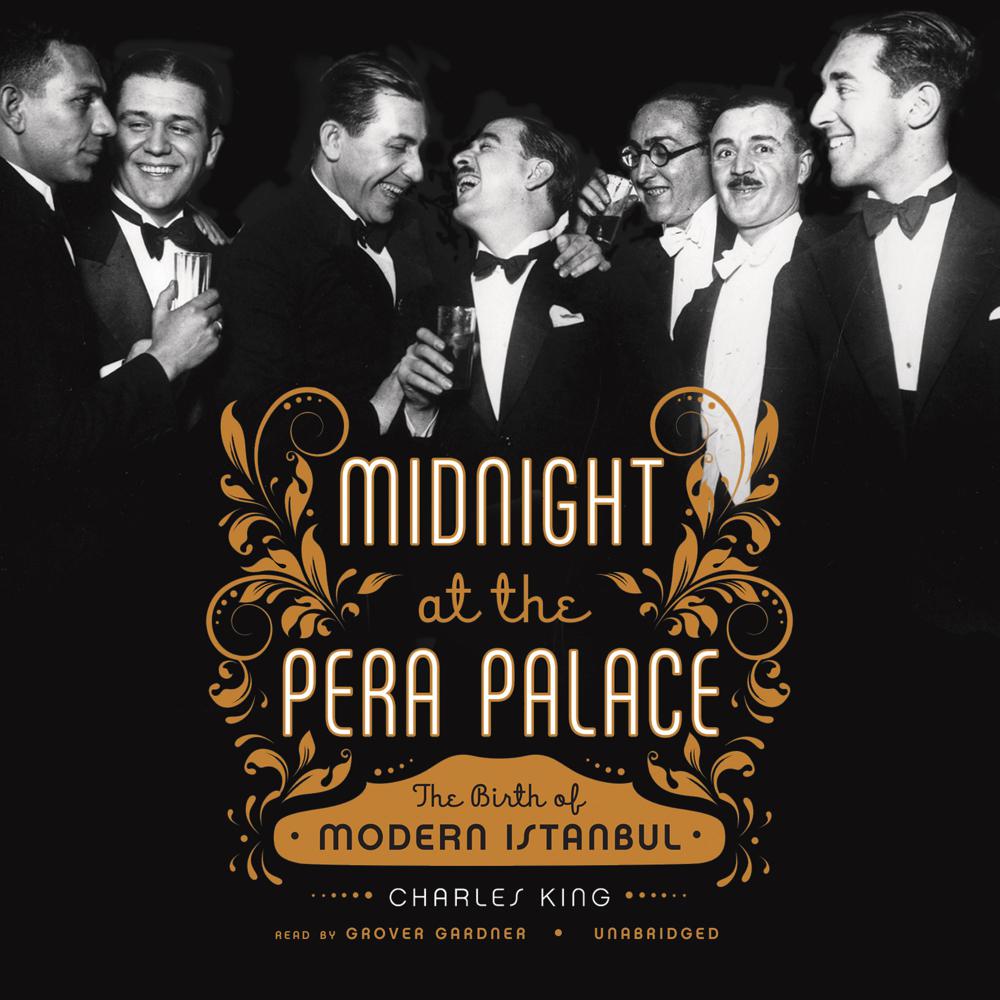 At midnight, December 31, 1925, citizens of the newly proclaimed Turkish Republic celebrated the New Year. For the first time ever, they had agreed to use a nationally unified calendar and clock.

Yet in Istanbul—an ancient crossroads and Turkey's largest city—people were looking toward an uncertain future. Never purely Turkish, Istanbul was home to generations of Greeks, Armenians, and Jews, as well as Muslims. It welcomed White Russian nobles ousted by the Russian Revolution, Bolshevik assassins on the trail of the exiled Leon Trotsky, German professors, British diplomats, and American entrepreneurs—a multicultural panoply of performers and poets, do-gooders and ne'er-do-wells. During the Second World War, thousands of Jews fleeing occupied Europe found passage through Istanbul, some with the help of the future Pope John XXIII. At the Pera Palace, Istanbul's most luxurious hotel, so many spies mingled in the lobby that the manager posted a sign asking them to relinquish their seats to paying guests.

With beguiling prose and rich character portraits, Charles King brings to life a remarkable era when a storied city stumbled into the modern world and reshaped the meaning of cosmopolitanism.

“In this memorably distilled history, Charles King tells us just what the Pera Palace was—the ornately decaying hotel crouched at the center of a mare’s nest of intrigue, violence, sex, and espionage, all set against the slow dimming of Ottoman magnificence. I loved this book.”

“Superb—deliciously dense with detail and sheer narrative force as Charles King tells the twentieth-century history of the Near East through the prism of one great city. A sepia-toned classic!”

“Popular history at its best, authoritative and hugely entertaining. Few places were as colorful as Istanbul between the wars, and Professor King captures all the chaotic brio and contradictions of a city, and a culture, reinventing itself.”

“A dizzying kaleidoscope of a city that became recognizably modern in just a few decades. Charles King has combed out the threads of this complex and highly nuanced story in a hugely enjoyable, magnificently researched, and deeply absorbing book.”

“Elegant…multiple biographies unfold against the backdrop of an old city’s growing pains.”

“An engaging, detailed look at the old city that became the newest of them all.”

“A case study in rapid social change, redolent of incense and gunpowder, a cultural biography of one of the few cities that can claim the title of capital of the world…A diverse cast, ranging from Muslim beauty queens and Georgian royalty to Leon Trotsky, have left their mark on Istanbul, and King nimbly weaves their threads with enough color to draw in general readers and enough detail to satisfy specialists.”

“The Pera Palace, named after the fashionable Pera neighborhood in Istanbul, housed foreign soldiers during World War I and foreign spies during World War II. Over the years, the residence was the site of a murder, a suicide, and an explosion. Using the palace as a backdrop, King skillfully recounts the decline of the Ottoman Empire after Mehmed V declared jihad against the Allies in 1914…This satisfying read is highly recommended for anyone interested in war or religious history.”

“Grover Gardner’s deep, versatile voice narrates the downfall of the Ottoman Empire and the rise of modern Turkey in this detailed history…Gardner recounts the cavalcade of characters and epic events with subtle inflections and clear pronunciation. The events of 1914–1918 and the influx of refugees from the Russian Revolution and Civil War are particularly interesting. Gardner’s skill in delivering terms in several languages, along with his other strengths, makes this a production well worth listening to.”

“This social history of one of the world’s most fascinating cities is as illuminating as it is entertaining. Characters from Trotsky to Hemingway, from a blind Armenian musician to a future pope, help tell the story of how Istanbul transformed itself from a refugee-clogged backwater into a vibrant metropolis. Midnight at the Pera Palace is a true Turkish delight.”