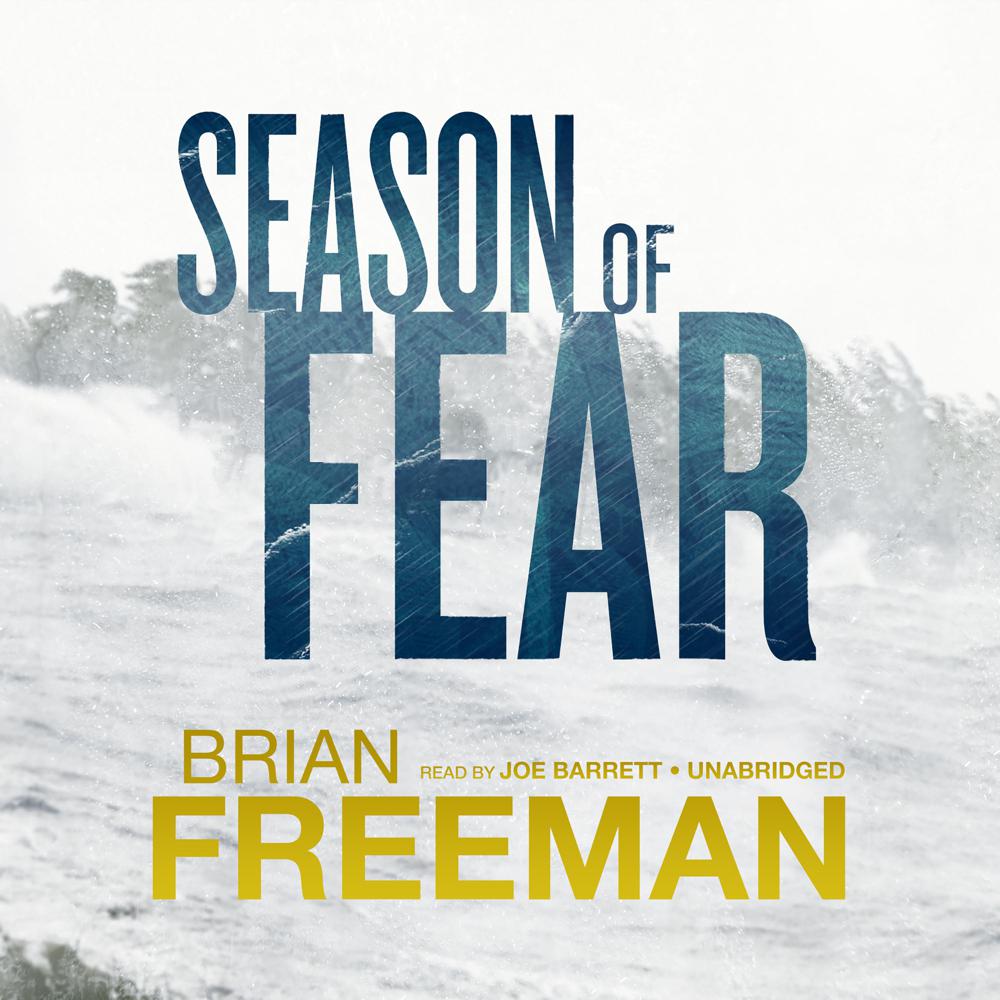 International Thriller Writers Award–winner and bestselling author Brian Freeman has established himself as a master of psychological thrillers. In Season of Fear, Freeman returns to the sun-drenched beaches of Naples, Florida, and the idiosyncratic world of Detective Cab Bolton.

Attractive and popular politician Diane Fairmont is running for the Florida governorship, but a chill is cast over the campaign when she receives an anonymous note announcing the return of the assassin who killed her husband ten years earlier. Because of complicated ties between Fairmont and his mother, movie actress Tarla Bolton, Detective Bolton is assigned to the case.

As Bolton struggles to penetrate the veil of secrecy surrounding the Fairmont campaign, he begins to realize that the death threat is not the only danger faced by the campaign staff. A desperate race against the clock ensues as Bolton tries to unlock the secrets of a poisonous conspiracy before nature provides the perfect cover for a long-dormant killer to strike again.

“A highly entertaining mystery about personal legacies and the politics of privilege…I’m thrilled to have Cab back between the covers of a book.”

“In a story teeming with characters…Freeman does an expert job conducting the traffic and keeping the thrills within the bounds of believability.”

“[With] vivid descriptions, brisk action, relatable characters, and page-turning prose…Season of Fear establishes new stars in Bolton and Piper and a new story line that will leave readers eager to devour more.”

"Season of Fear kicks into high gear as it combines the police procedural with the political thriller…The tightly coiled plot erupts in several directions, each plausible and believable to anyone the least bit familiar with Florida politics.”

“Masterfully developed…You can almost feel the intensity of the tropical storm…An edge-of-the-seat, nail-biting reading experience with an exhilarating conclusion.”

“Fast-paced…A taut thriller that’s at once a whodunit and a who-will-do-it.”

“There’s a reason Joe Barrett succeeds as narrator in so many audiobooks. He has a particularly dynamic and intriguing style. Freeman’s second Cab Bolton mystery is a soaring, complex thriller…Barrett voices just enough to give his characters definition. Where he excels is in imbuing all of them with feeling, passion, and temperament in sync with the story line…His delivery is complex, but Barrett never loses the thread of the story.”