Law of the Desert
Louis L'Amour 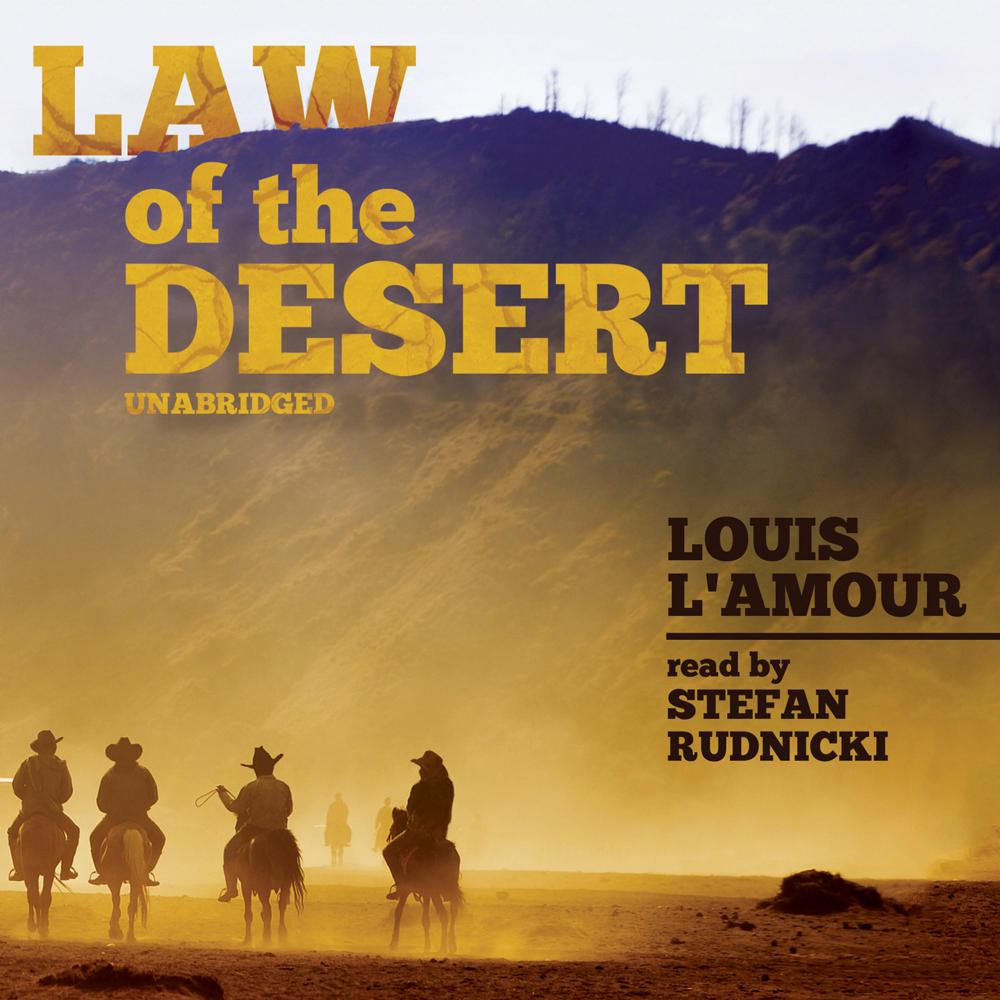 No one tells tales of the frontier better than Louis L'Amour, who portrays the human side of westward expansion—the good and the bad—before the days of law and order. Collected here are seven stories penned by America's favorite Western author.

Two men in the isolated town of Tucker want the XY ranch: Jim Walker and the ruthless Wing Cary—and one of them wants it badly enough to kill for it. It is a tale of suspense and danger, with chases, posses, shootouts, and double-crosses—all for possession of the XY ranch.

Kim Sartain is an easygoing, peace-loving drifter. But when cattleman Jim Targ challenges Sartain's right to ride across an unclaimed stretch of meadow, Sartain retaliates by deciding to homestead there. Soon, more is at risk than land and pride, when Targ decides to teach Sartain a permanent—and deadly—lesson.

Nat Bodine had a choice: to die by hanging or take his chances in the desert. But when a good woman believes in a man, he finds the will to survive.

Morgan Clyde was driven off his small ranch by a hired gunman. He worked odd jobs but soon found himself being hired to use his gun. Now, he's working for a land hog in Red Basin who wants him to drive off a young homesteader and his wife. The scenario is too familiar, and Clyde finds that he must make a decision.

Matt Sabre is a young gunfighter who shoots a man who forced him to draw. To his surprise, the man on his deathbed gives him $5,000 and begs him to take the money to his wife, who is alone defending the family ranch. Guilt, regret, and wanting to do the right thing lead Matt Sabre to make that ride.

A boy on the brink of manhood, a resourceful frontier woman who has beauty as well as fortitude, and a strong male character come together in this powerful, romantic, and strangely compelling vision of the American West.

Law of the Desert Born

Shad Marone is a lone gunman on the run from the law. He shot a man in a fair fight; but the sheriff is his bitter enemy, and Shad knows he'll never get a fair trial. He is being tracked by a man named Lopez, and after three days in the desert it looks like they'll both die of thirst—unless, of course, some miracle happens.

“L’Amour is popular for all the right reasons. His books embody heroic virtues that seem to matter now more than ever.”