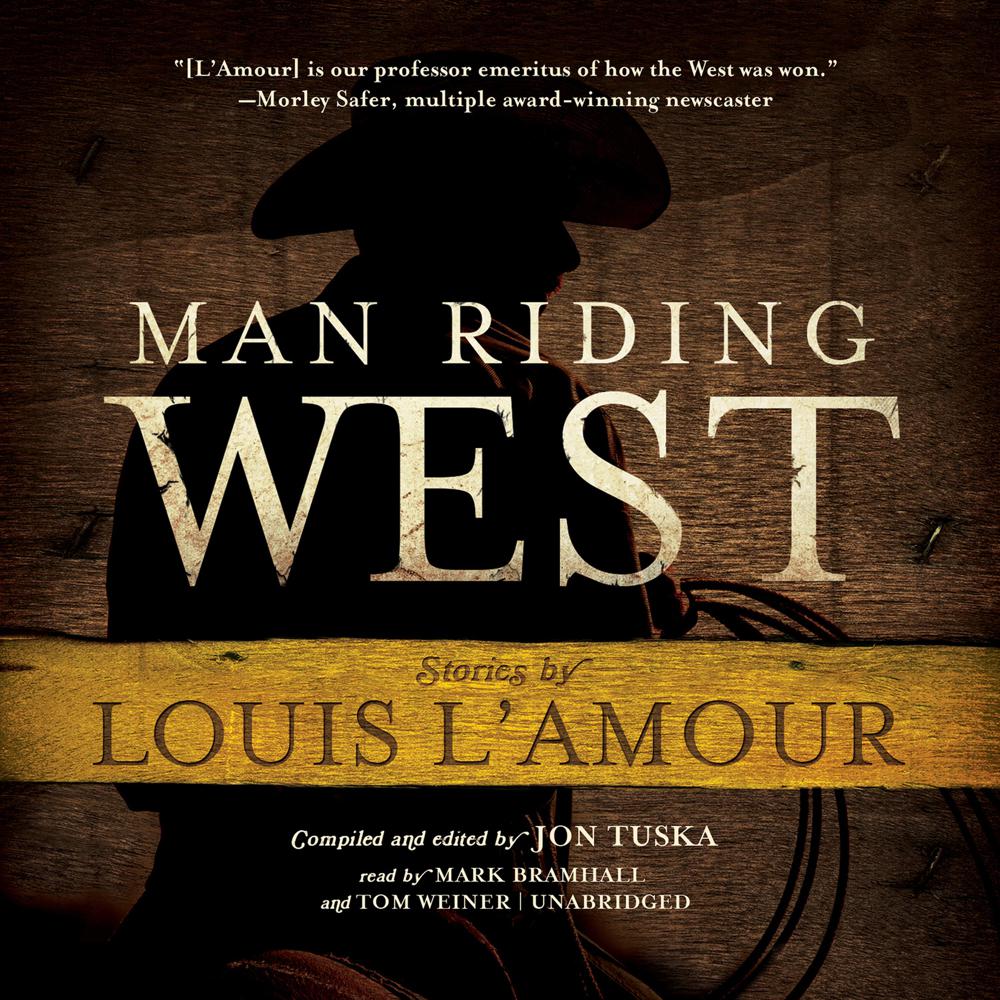 Louis L'Amour said that the West was no place for the frightened or the mean. It was a "big country needing big men and women to live in it." This volume presents nine of L'Amour's ever-popular short stories—history that lives forever.

"Riding for the Brand"After a narrow escape, Jed Asbury comes across a derelict covered wagon, the people and their horses killed. Now outfitted in new clothes and guns, he decides to finish what the former owners had set out to do.

"Four Card Draw"Allen Ring drew four cards in a poker game with Ben Taylor and won a small ranch. It's all Allen had ever hoped to have—but Marshall Bilton is determined to make things difficult.

"His Brother's Debt"Rock Casady is considered a coward because he won't go into town. But that was before Sue Landon asked Rock to accompany her to make some needed purchases—and Casady can't say no to a lady.

"A Strong Land Growing"Marshal Fitz Moore of Sentinel hears that outlaws plan to hit his town. Their method is to kill the lawman first, then loot the town. Nevertheless, Moore intends to make his stand.

"The Turkeyfeather Riders"Jim Sandifer, foreman for the B Bar ranch, plans to come clean about a raid he stopped on the Katrischen spread—even though it will bring an end to his life at the ranch and ruin his only chance with the girl he loves.

"Lit a Shuck for Texas"The Sandy Kid is nineteen and new to this range. He gets curious when he tells his boss, Wald, of a rich-veined chunk of gold ore on Wald's land but gets only anger in response.

"The Nester and the Paiute"The Paiute is the local bad man. But as bad as his rustling and killing has been, Sheriff Todd had never caught him with real evidence—but that was before the Nester rode in …

"Barney Takes a Hand"The H&C Cattle Company has an eviction notice for Tess Bayeux. Tess has been waiting for help from Rex Tilden, but he hasn't responded. She supposes that this new fellow, Barney, will be no help at all, but in that she is wrong.

"Man Riding West"Jim Gary, the man riding west, comes upon three men pushing cattle. Red Slagle seems friendly enough and even offers Jim a job riding herd. Jim can use the money, and the herd is moving the same direction he is, which is good luck for him—unless the herd is stolen.

“You don’t have to be a hard-core fan of Westerns to enjoy the rousing performances by Mark Bramhall and Tom Weiner in this latest release in Blackstone’s L’Amour series.”