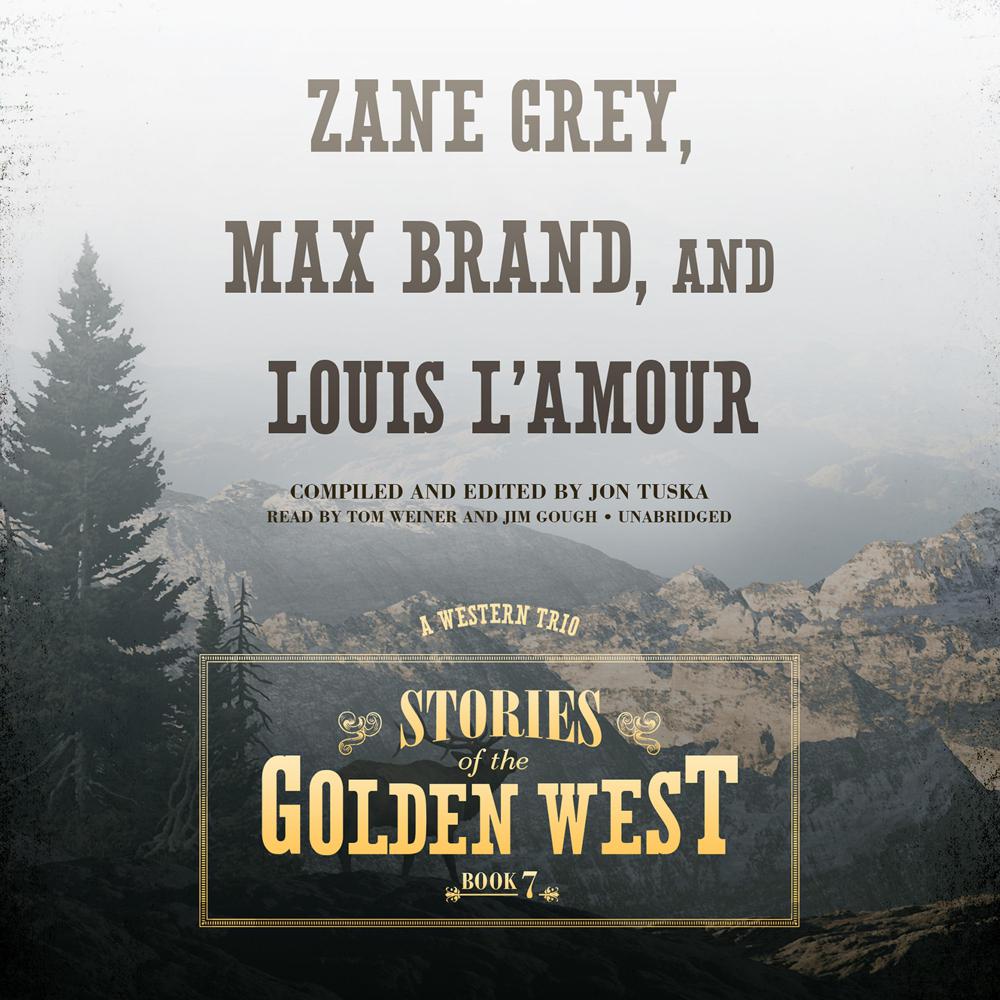 A collection of classic Western tales

From Missouri by Zane Grey

When a pretty new schoolteacher arrives, the Springer ranch hands are falling over themselves to impress her. But the lecherous Beady Jones has his own idea of how the new schoolmarm should be introduced to the West.

Over the Northern Border by Max Brand

Jack Trainor, a fugitive from justice, becomes lost in the Canadian Rockies. A trapper finds Jack and saves him. Over the course of some months, he repays the trapper for his kindness in a way that causes some difficulty.

Riders of the Dawn by Louis L'Amour

A young gunslinger is changed for the better by a meeting with a beautiful woman. A classic range-war Western, this novel features that powerful, romantic, strangely compelling vision of the American West for which L'Amour's fiction is known.