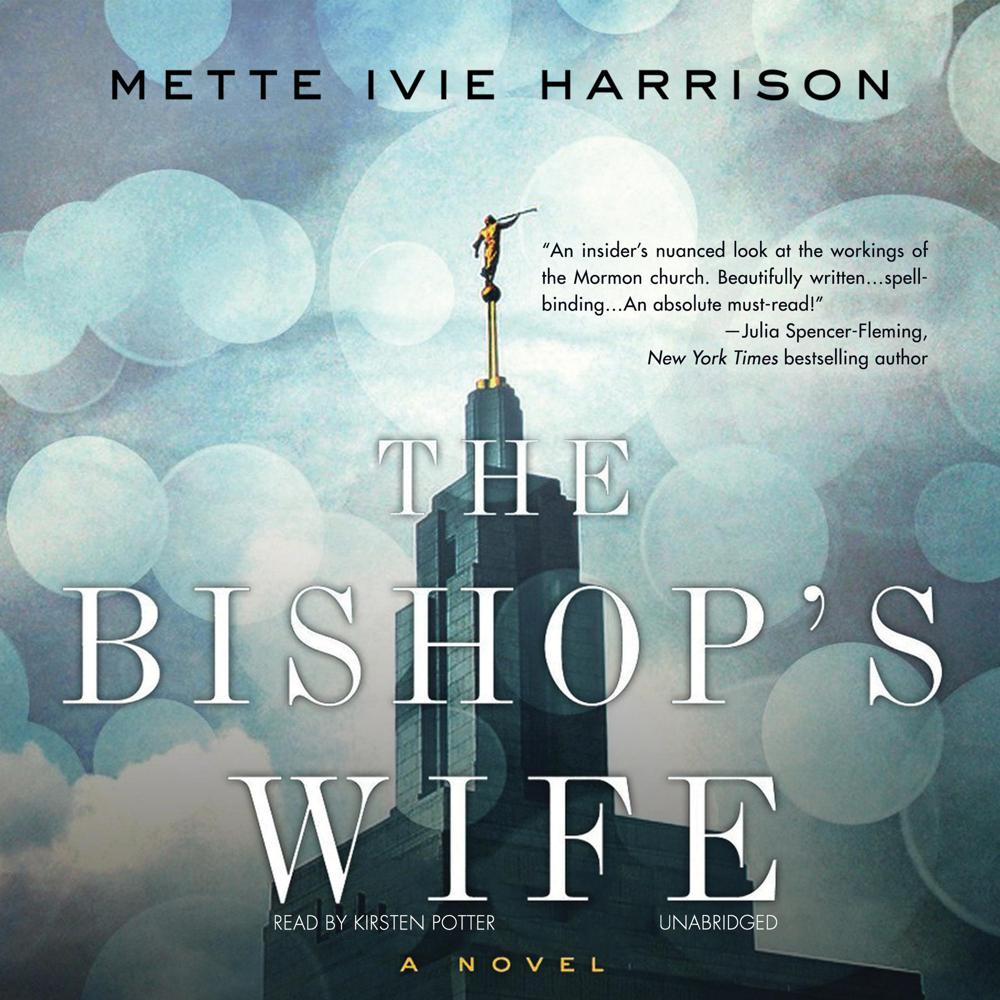 In the predominantly Mormon city of Draper, Utah, some seemingly perfect families have deadly secrets.

Inspired by an actual crime and written by a practicing Mormon, The Bishop’s Wife is both a fascinating look at the lives of modern Mormons and a grim and cunningly twisted mystery.

Linda Wallheim is the mother of five grown boys and the wife of a Mormon bishop. As bishop, Kurt Wallheim is the ward’s designated spiritual father, and that makes Linda the ward’s unofficial mother whose days are filled with comfort visits, community service, and informal counseling.

But Linda is increasingly troubled by the church’s patriarchal structure and secrecy, especially as a disturbing situation takes shape in the ward. One cold winter morning, a neighbor, Jared Helm, appears on the Wallheims’ doorstep with his five-year-old daughter, claiming that his wife, Carrie, disappeared in the middle of the night, leaving behind everything she owns. The circumstances surrounding Carrie’s disappearance become more suspicious the more Linda learns about them, and she becomes convinced that Jared has murdered his wife and painted himself as an abandoned husband.

Kurt asks Linda not to get involved in the unfolding family saga, but she has become obsessed with Carrie’s fate—and with the well-being of her vulnerable young daughter. She cannot let the matter rest until she finds out the truth. Is she wrong to go against her husband, the bishop, when her inner convictions are so strong?

“[The] solution is nicely surprising, and Linda has an engrossing voice, at once modest and assured.”

“The Bishop’s Wife has good reason to draw a large readership…Linda is such a welcome character: In her role as Sister Wallheim, she encourages women to speak freely, at least to her, and to escape the shame that has burdened some of them since childhood.”

“Kirsten Potter portrays a strong, intelligent, outspoken woman in Linda Wallheim, who is the bishop’s wife of the title…Potter is reserved as Linda reveals secrets that sully the picture-perfect ideal of the LDS church. Potter’s voice takes on a gravitas appropriate to the revelations of misogyny behind the male-dominated religion, including the abuses that occur behind closed doors.”

“A wonderfully written mystery…The Bishop’s Wife is not only a great story but a revealing look at Mormonism and its followers.”

“Turns a critical eye toward some long-held norms of a historically patriarchal religion. Throw in a wickedly twisted mystery—actually, two—and you have the makings of a page-turner that is revealing and thought-provoking.”

“As she unravels these multilevel whodunits, Linda takes us through some of the intriguing complexities of Mormonism and her own fascinating doubts. I hope a sequel, with Kirsten Potter narrating again, is in the works.”

“A stunning contemporary mystery set in Mormon country…Harrison, a Mormon herself, easily transports readers into a world most will find as unfamiliar as a foreign country.”

“The mystery surrounding Carrie drives the plot, but Linda herself is the most compelling thing about young adult author Harrison’s debut adult mystery.”

“A measured exploration of a small religious community filled with dark secrets.”

“Harrison, herself a member of the Church of Jesus Christ of Latter-day Saints, is known for her children’s fantasy books. This decidedly adult tale adds twists aplenty to an insider’s look at a religion replete with its own mysteries.”

“An insider’s nuanced look at the workings of the Mormon church. Beautifully written, and spellbinding in its unflinching examination of marriage, family, and faith, The Bishop’s Wife is an absolute must-read!”

“The Bishop’s Wife is both a terrific crime novel and a wrenching story of faith, doubt, and personal tragedy.”