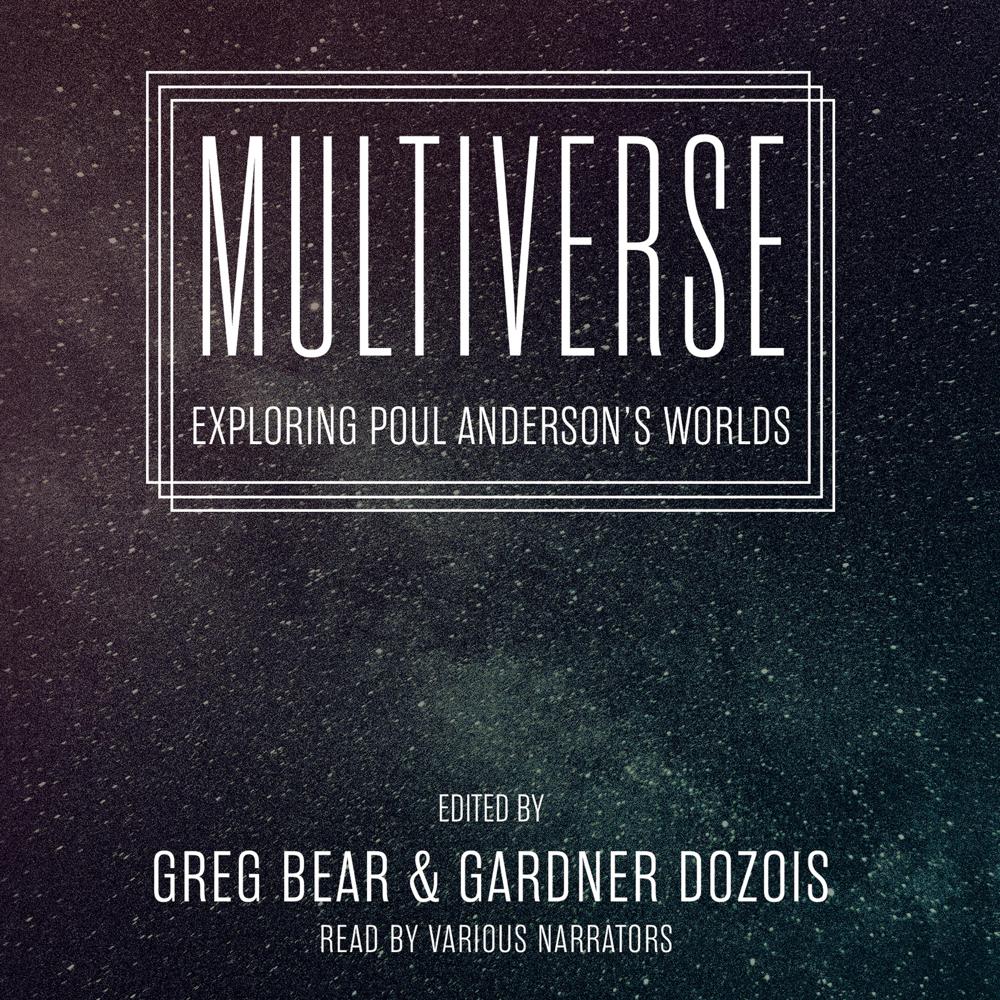 Poul Anderson was one of the seminal figures of twentieth-century science fiction. Named a Grand Master by the Science Fiction Writers of America in 1997, he produced an enormous body of standalone novels and series fiction and was equally at home in the fields of heroic fantasy and hard SF. He was a meticulous craftsman and a gifted storyteller, and the impact of his finest work continues, undiminished, to this day.

Multiverse: Exploring Poul Anderson's Worlds is a rousing, all-original anthology that stands both as a significant achievement in its own right and as a heartfelt tribute to a remarkable writer—and equally remarkable man. A nicely balanced mixture of fiction and reminiscence, Multiverse contains more than a dozen stories and novellas by some of today's finest writers, along with moving reflections by, among others, Anderson's wife, Karen; his daughter, Astrid Anderson Bear; and his son-in-law, novelist and coeditor Greg Bear. Bear's introduction, "My Friend Poul," is particularly illuminating and insightful.

The fictional contributions comprise a kaleidoscopic array of imaginative responses to Anderson's many and varied fictional worlds. A few of the highlights include Nancy Kress' "Outmoded Things" and Terry Brooks' "The Fey of Cloudmoor," stories inspired by the Hugo Award–winning "The Queen of Air and Darkness"; a pair of truly wonderful Time Patrol stories, "A Slip in Time" by S. M. Stirling and "Christmas in Gondwanaland" by Robert Silverberg; Raymond E. Feist's Dominic Flandry adventure, "A Candle"; and a pair of very different homages to the classic fantasy novel, Three Hearts and Three Lions: "The Man Who Came Late" by Harry Turtledove and "Three Lilies and Three Leopards (And a Participation Ribbon in Science)" by Tad Williams. These stories, together with singular contributions by such significant figures as Larry Niven, Gregory Benford, and Eric Flint, add up to a memorable, highly personal anthology that lives up to the standards set by the late—and indisputably great—Poul Anderson.

“Editors Dozois and Bear present seventeen heartfelt tributes to Anderson, including biographical observations, by friends and family, and fiction by respected longtime writers.”