Lottery, and Other Stories
Shirley Jackson 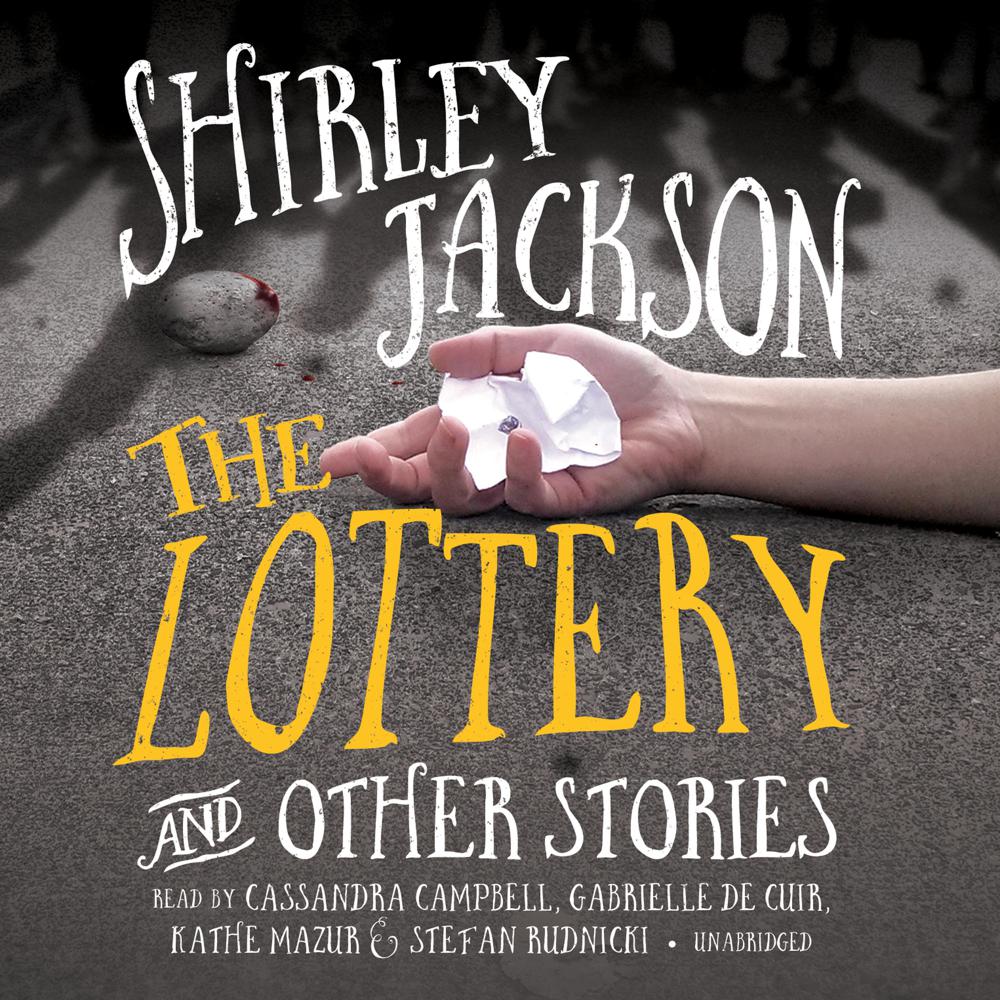 A powerful collection of short stories by Shirley Jackson

"The Lottery," one of the most terrifying stories of the twentieth century, created a sensation when it was first published in the New Yorker. "Powerful and haunting," and "nights of unrest" were typical reader responses. This collection, the only one to appear during Jackson's lifetime, unites "The Lottery" with twenty-four equally unusual stories. Together they demonstrate her remarkable range—from the hilarious to the truly horrible—and power as a storyteller.

“In her art, as in her life, Shirley Jackson was an absolute original. She listened to her own voice, kept her own counsel, isolated herself from all intellectual and literary currents…She was unique.”

“The stories remind one of the elemental terrors of childhood.”

“The voice work of Cassandra Campbell, Gabrielle de Cuir, Kathe Mazur, and Stefan Rudnicki — was…superb. The problem was that these stories were such breathtaking marvels that they made virtually everything…seem trivial and inconsequential.”

“Jackson’s great gift is not to create a world of fantasy and terror, but rather to discover the existence of the grotesque in the ordinary world. The grotesque is so powerful here just because it takes off from everyday life and constantly returns there until we do not know ourselves quite where we are.”

“If you listen to this audiobook to hear the title story, you won’t be disappointed. But it’s fortunate that you’ll get to listen to twenty-four other wonderful stories before hearing ‘The Lottery.’ With masterful performances, narrators Cassandra Campbell, Gabrielle de Cuir, Kathe Mazur, and Stefan Rudnicki bring to life the diverse characters and tales that make this collection so powerful and entrancing. Each narrator brings a different but highly complementary style to the material, giving life and meaning to Jackson’s characters and allowing listeners to appreciate the breadth of this work. Campbell’s performance of ‘The Lottery’ is particularly satisfying. She uses an even, almost calming, tone that contrasts with terror of the story and allows it to develop to its unforgettable conclusion. As for the other stories, each qualifies as a superb second best.  Winner of the AudioFile Earphones Award.”

“The creepy, dangerous fiction of Jackson is brilliantly encapsulated by this quietly devastating story in which a community, following an unquestioned ritual of generations, wreaks havoc on itself—just as Schiff describes in her nonfiction account of a close-knit town, a tragedy, and the seemingly ever-present wish to inflict harm…The willingness to go along with, even participate, in disaster echoes the most disturbing aspects of the period Schiff recounts.”