Pauline's Passion and Punishment, and Other Escapades
Louisa May Alcott 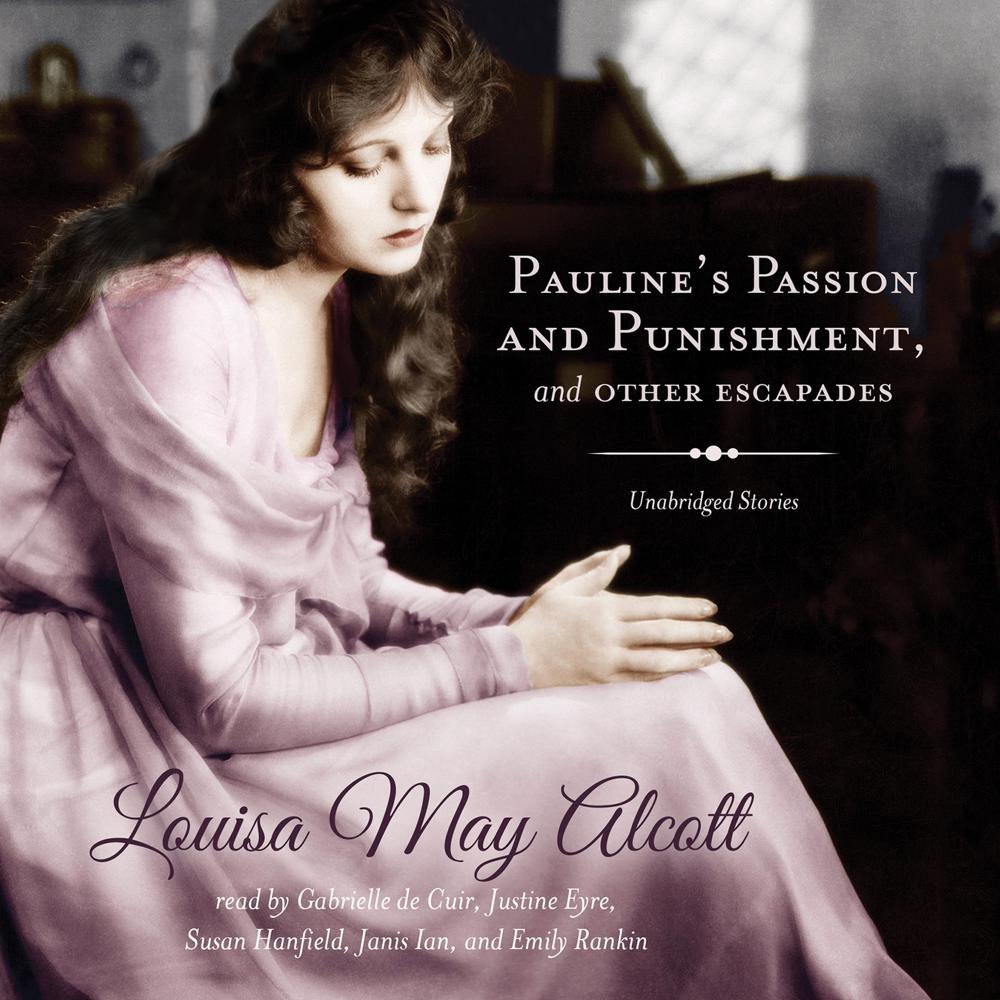 Writing under the pseudonym A. M. Barnard, Louisa May Alcott wrote a series of what she termed "blood and thunder" thrillers for a weekly pulp magazine. Pauline's Passion and Punishment, and Other Escapades brings together five of these wicked tales.

In "Pauline's Passion and Punishment," narrated by Emily Rankin, Alcott explores the unfair roles of men and women, as well as the societal expectations and forbidden desires in this story of love and vengeance.

Set in Victorian Britain, in "Behind a Mask; or, A Woman's Power," narrated by Gabrielle de Cuir, a new governess, Jean Muir, arrives to serve the wealthy Coventry family, but is she really who she says she is? As she works her way into the hearts and minds of the Coventrys, will her true intentions be revealed?

"Marion Earle; or, Only an Actress," narrated by Susan Hanfield, brings sexual betrayal and abandonment to center stage, following the life of an actress and her scandalous profession.

Virginie Varens is a femme fatale in "V. V.; or, Plots and Counterplots," narrated by Justine Eyre, which tells the tale of Alcott's most devious heroine caught up in misdirected passion and jealousy.

In "A Perilous Play," narrated by Janis Ian, a group of women have a picnic on the banks of a harbor island. What sounds like an idyllic and innocent activity becomes the center of drama, romance, and scandalous events involving hashish-laced sweets.