Jane and the Twelve Days of Christmas
Stephanie Barron 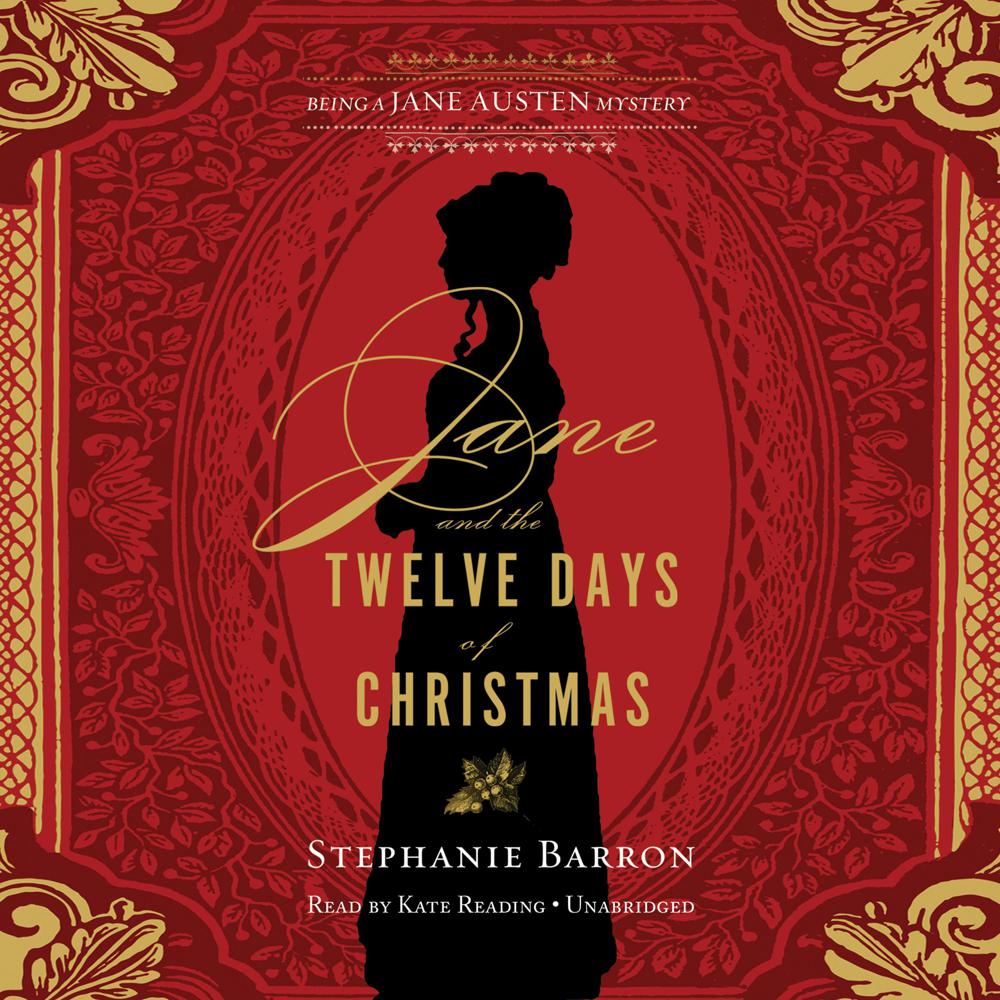 Christmas Eve, 1814. Jane Austen has been invited to spend the holiday with family and friends at the Vyne, the gorgeous ancestral home of the wealthy and politically prominent Chute family. As the year fades and friends begin to gather beneath the mistletoe for the twelve days of Christmas festivities, Jane and her circle are in a celebratory mood: Mansfield Park is selling nicely; Napoleon has been banished to Elba; British forces have seized Washington, DC; and on Christmas Eve, John Quincy Adams signs the Treaty of Ghent, which will end a war nobody in England really wanted.

Jane, however, discovers holiday cheer is fleeting. One of the Yuletide gathering dies in a tragic accident whose circumstances Jane immediately views with suspicion. If the accident was in fact murder, the killer is one of Jane's fellow snowbound guests. With clues scattered amid cleverly crafted charades, dark secrets coming to light during parlor games, and old friendships returning to haunt the Christmas parties, whom can Jane trust to help her discover the truth and stop the killer from striking again?

“Vivid characters propel the subtle plot to its surprising conclusion. The first-person narration captures Austen’s tone as revealed in her letters: candid, loving, and occasionally acerbic.”

“Barron fittingly sets her wonderfully wry and witty twelfth Jane Austen mystery during the twelve days of Christmas…An excellent period mystery for all historical fiction fans, but Jane Austen devotees will especially appreciate immersing themselves in the many biographical details about Austen that accompany the fictional murder mystery.”

“Twelfth in the series, this is both a good double closed-house mystery and an engaging historical novel, with careful descriptions of Georgian Christmas customs, which involve celebrations beginning on Christmas and running through Epiphany.”

“Barron has clearly done her homework in the language and manners of Austen’s time…Her latest venture edges out competing authors of Regency whodunits.”

“Some of the most enjoyable, well-written fanfic ever created.”