Half Has Never Been Told
Edward E. Baptist 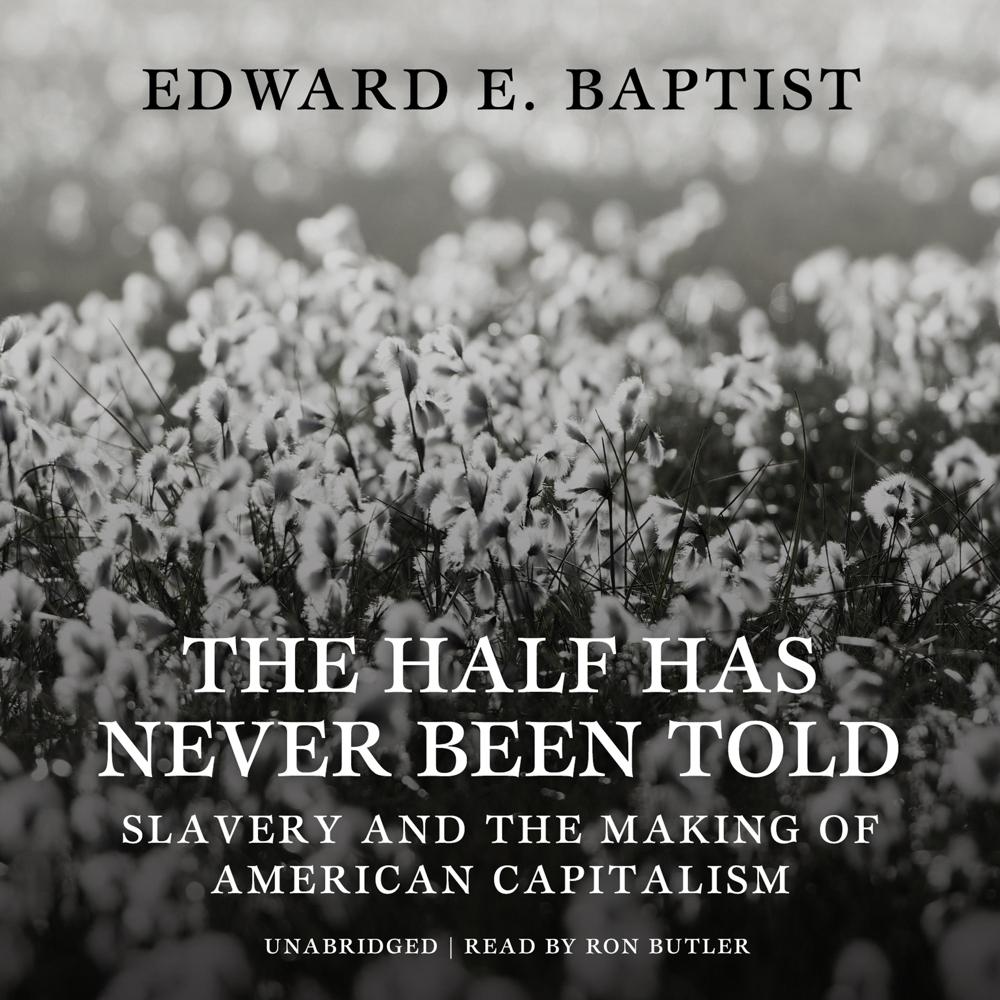 In The Half Has Never Been Told, historian Edward E. Baptist reveals the alarming extent to which slavery shaped our country politically, morally, and most of all, economically. Until the Civil War, our chief form of innovation was slavery. Through forced migration and torture, slave owners extracted continual increases in efficiency from their slaves, giving the country a virtual monopoly on the production of cotton, a key raw material of the Industrial Revolution.

As Baptist argues, this frenzy of speculation and economic expansion transformed the United States into a modern capitalist nation. Based on thousands of slave narratives and plantation records, The Half Has Never Been Told offers not only a radical revision of the history of slavery but a disturbing new understanding of the origins of American power that compels listeners to reckon with the violence and subjugation at the root of American supremacy.

“Baptist has a fleet, persuasive take on the materialist underpinnings of the ‘peculiar institution.’"

“Baptist writes with verve and a good eye for the dramatic.”

“A valuable addition to the growing literature on slavery and American development…in lucid prose.”

“Statistics he’s compiled give his book the power of truth and revelation…to show us how the ‘dismal science’ of economics served to make the lot of slaves even grimmer.”

“Narrator Ron Butler’s voice is perfect for such a powerful argument. His deep voice grabs the listener’s attention, and…the words flow so smoothly that listeners will be hard pressed to believe it’s Butler speaking and not the author himself.”

“A dense, myth-busting work…that adds greatly to our understanding of the history of the United States.”

“Deepens and broadens our understanding of slavery…Professional historians and lay readers will pore over this book for years to come.”

“Baptist renders history and economics with the power of prose that seeks to tell a fuller story than has been told of American slavery.”

“An unapologetic, damning, and grisly account…A rewarding read for anyone interested in USA’s dark history.”

“This book, quite simply, offers the fullest and most powerful account we have of the evolution of slavery in the United States from the Revolution to the Civil War. Baptist’s account is eloquent, humane, passionate, and necessary.”

“This book reveals a dirty secret about American business, and how commerce first boomed before the Civil War. Baptist unearths a big, nasty story: in the North and the South, slavery was the tainted fuel that kindled the fires of US capitalism and made the country grow.”