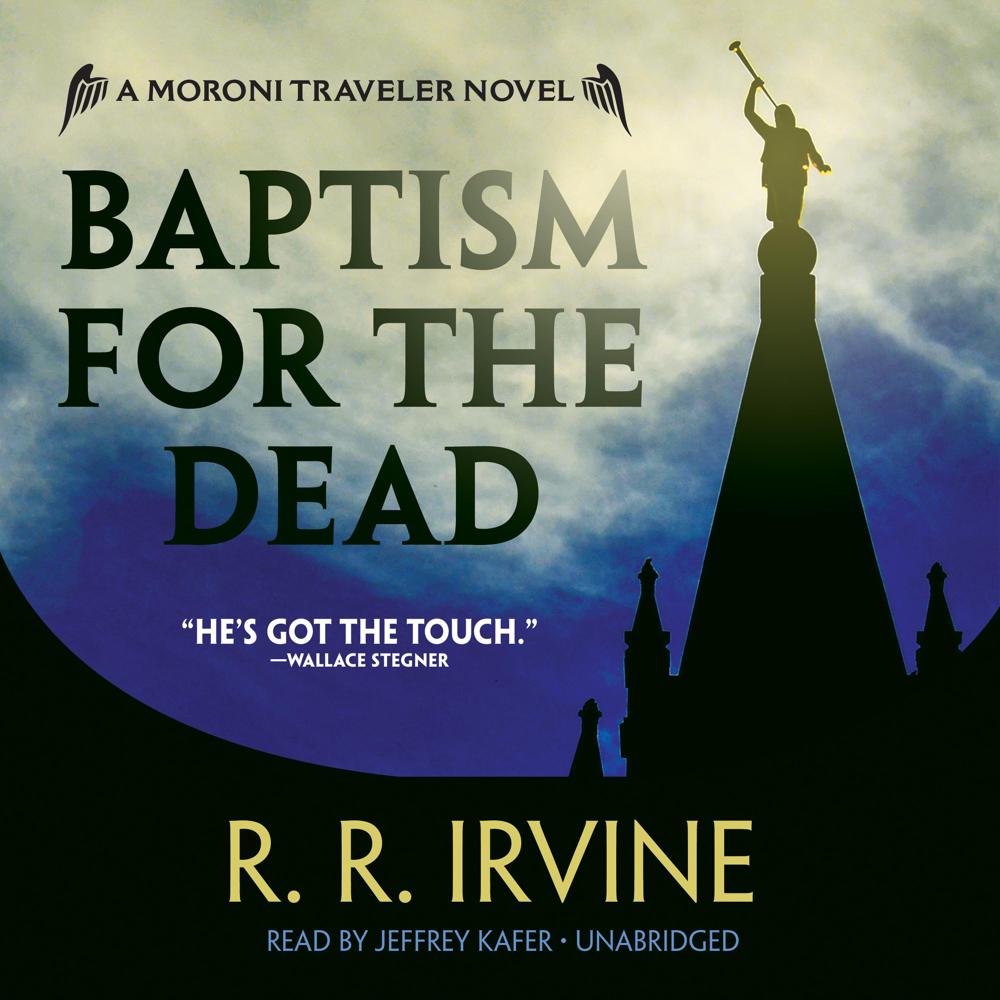 Moroni Traveler finds it a blessing and a curse to be named for the angel that graces the top of the temple looming over Brigham Young's city. The ex–football star–turned–private detective has returned to Salt Lake City, a town he once called home.

During a spring blizzard, Moroni meets Penny Varney, the ungodly daughter of a powerful high churchman. She retains him to find her mother—whom she fears is dead. His boyhood friend, Willis Tanner, also solicits his services on the same day. Moroni can't believe his luck, but there's a catch: Willis is acting for the church and wants Moroni to keep an eye on Penny. Moroni is soon on the trail of a far-out religious sect whose self-appointed savior calls for sanctified murder. Moroni must act fast to close the case and discover the truth. The next victim could be him.

“Irvine takes Salt Lake City and, just like Hammett did with Frisco and Chandler with LA, whomps it, stomps it, and puts it in his pocket. Baptism’s as good as they get.”

“Irvine has a sure hand at interweaving plot and subplot, and a deft feel for characterization. His new protagonist is a likable addition to the long line of tough yet tender gumshoes.”