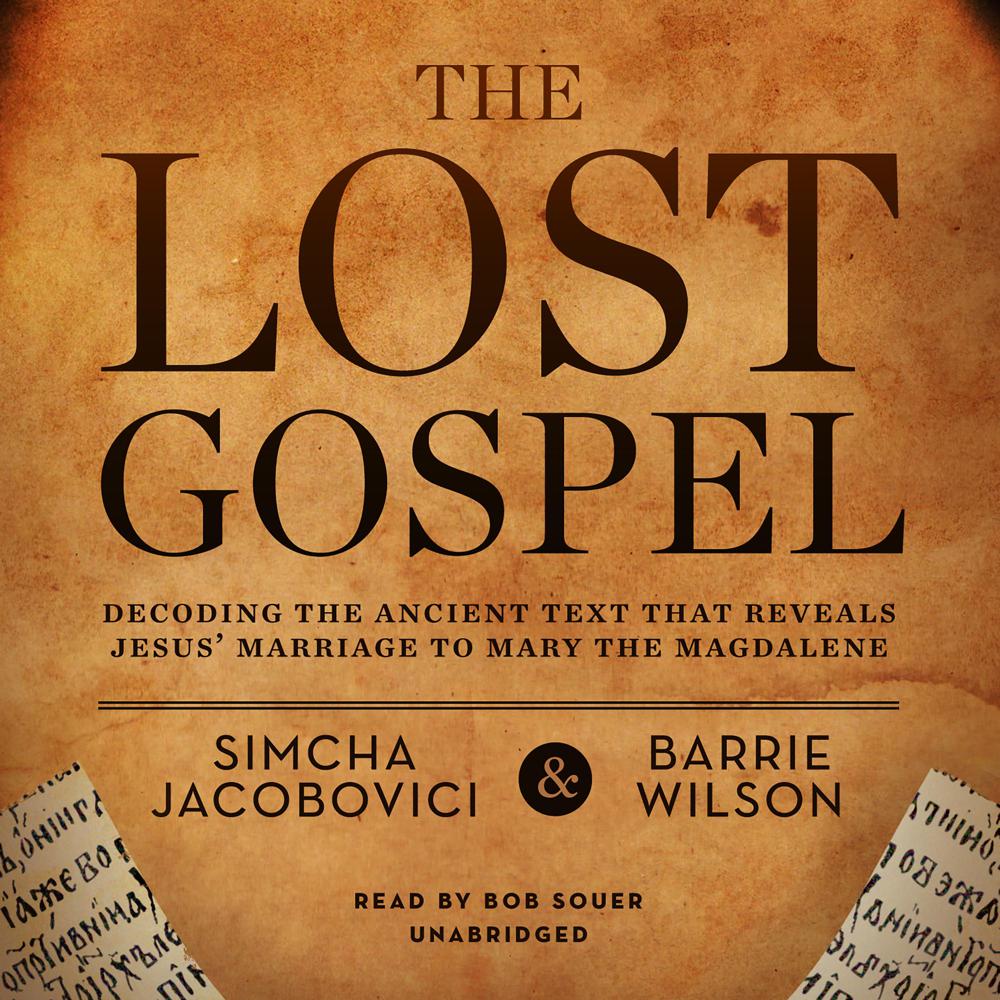 In a startling follow-up to the New York Times bestseller The Jesus Family Tomb, a historical detective story that unravels a newly translated document filled with startling revelations and fascinating detail about the life and times of Jesus

Waiting to be rediscovered in the British Library is an ancient manuscript of the early Church, copied by an anonymous monk. The manuscript is at least 1,450 years old, possibly dating to the first century, Jesus' lifetime. And now The Lost Gospel provides the first-ever translation from Syriac into English of this unique document that tells the inside story of Jesus' social, family, and political life.

The Lost Gospel takes listeners on an unparalleled historical adventure through a paradigm-shifting manuscript. What the authors eventually discover is astounding: confirmation of Jesus' marriage to Mary the Magdalene; the names of their two children; the towering presence of Mary the Magdalene; a previously unknown plot on Jesus' life, thirteen years prior to the crucifixion; an assassination attempt against Mary the Magdalene and their children; Jesus' connection to political figures at the highest level of the Roman Empire; and a religious movement that antedates that of Paul—the Church of Mary the Magdalene. Part historical detective story, part modern adventure, The Lost Gospel reveals secrets that have been hiding in plain sight for millennia.