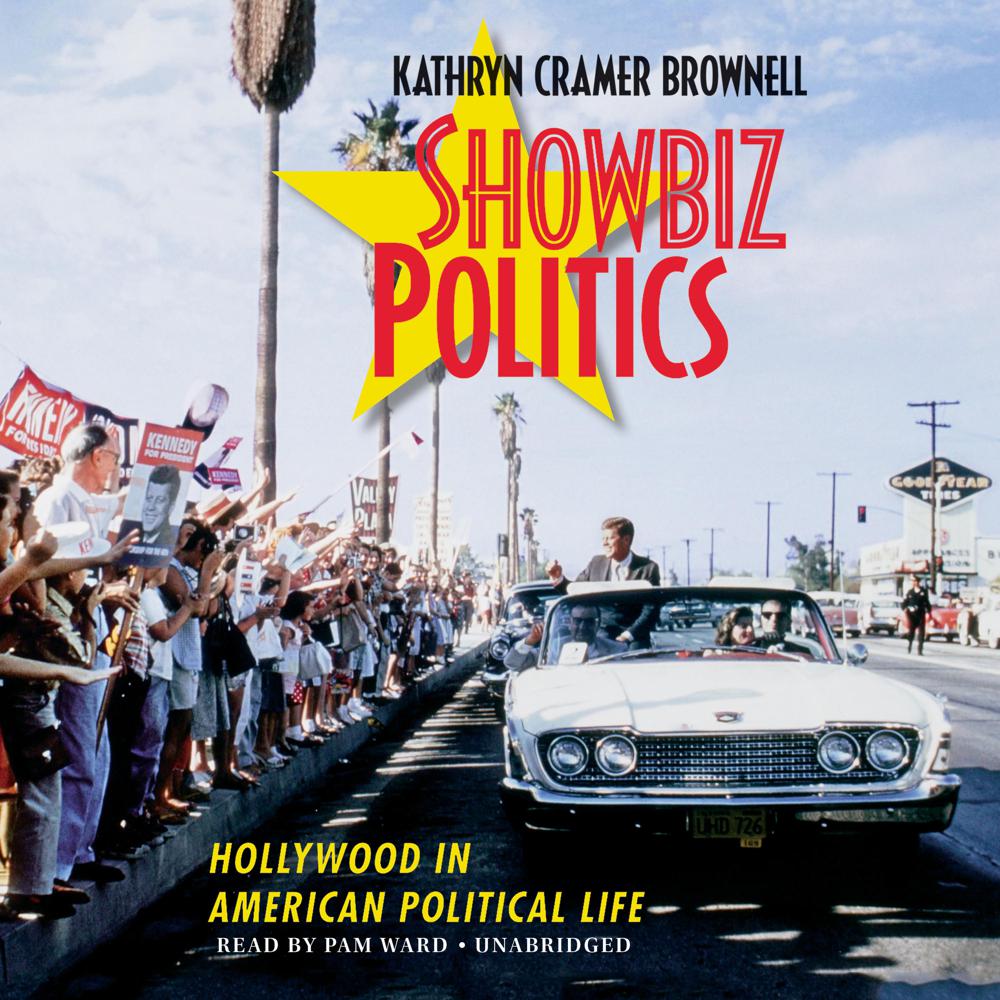 Conventional wisdom holds that John F. Kennedy was the first celebrity president, in no small part because of his innate television savvy. But as Kathryn Brownell shows, Kennedy capitalized on a tradition and style rooted in California politics and the Hollywood studio system. Since the 1920s, politicians and professional showmen have developed relationships and built organizations institutionalizing Hollywood styles, structures, and personalities in the American political process. Brownell explores how similarities developed between operating a studio, planning a successful electoral campaign, and ultimately running an administration.

Using their business and public relations know-how, figures such as Louis B. Mayer, Bette Davis, Jack Warner, Harry Belafonte, Ronald Reagan, and members of the Rat Pack made Hollywood connections an asset in a political world being quickly transformed by the media. Brownell takes listeners behind the camera to explore the negotiations and relationships that developed between key Hollywood insiders and presidential candidates from Dwight Eisenhower to Bill Clinton, analyzing how entertainment replaced party spectacle as a strategy to raise money, win votes, and secure success for all those involved. She demonstrates how Hollywood contributed to the rise of mass-mediated politics, making the twentieth century not just the age of the political consultant but also the age of showbiz politics.

"In a superb book that will command immediate attention, Brownell takes familiar material and mixes it with new findings in such a way as to make the seemingly familiar new. One of the most sweeping studies of Hollywood and politics, Showbiz Politics places the evolving relationship between show business and those seeking the White House at the center of modern American politics."

“There is much to be learned from this impeccably researched book. Brownell reveals—in great and useful detail—the critical involvement and interaction between politicians and Hollywood studio executives and celebrities.”

“A valuable addition to the academic literature on the history of political advertising, the use of media in the political field, and celebrity activism.”