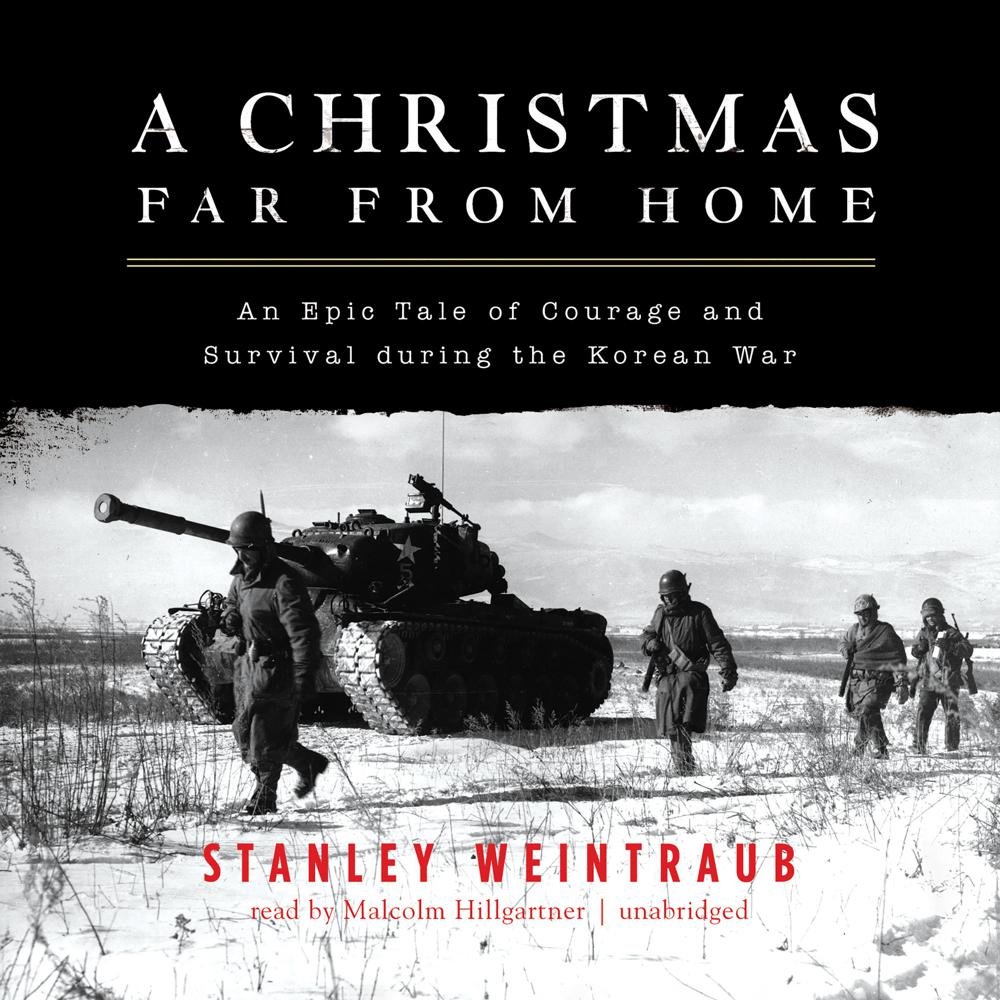 From an acclaimed historian comes the dramatic story of the Christmas escape of thousands of American troops overwhelmingly surrounded by the enemy in Korea's harsh terrain.

Just before Thanksgiving in 1950, five months into the Korean War, General MacArthur flew to American positions in the north and grandly announced an "end-the-war-by-Christmas" offensive despite recent intervention by Mao's Chinese, who would soon trap tens of thousands of US troops poised toward the Yalu River border. Led by marines, an overwhelmed Tenth Corps evacuated the frigid, mountainous Chosin Reservoir fastness and fought a swarming enemy and treacherous snow and ice to reach the coast. Weather, terrain, Chinese firepower, and a four-thousand-foot chasm made escape seem impossible in the face of a vanishing Christmas. But endurance and sacrifice prevailed, and the last troopships weighed anchor on Christmas Eve.

In the tradition of his Silent Night and Pearl Harbor Christmas, Stanley Weintraub presents another gripping narrative of a wartime Christmas season.

“A Christmas Far from Home is a terrific tale of MacArthur’s ego and errors. Even more, it’s the story of how Americans in uniform had to pay the price for them yet prevailed against overwhelming obstacles.”

“A story of heroism and cowardice, of brilliant leadership and bungling stupidity, of mud- and snow-slogging endurance on the part of an assortment of troops of many nations, in obedience to a call of duty from a briefly united United Nations, against the tide of North Korean and Chinese Communist forces. And overlaying all, the lash of a brutal and relentless winter campaign in some of the most rugged mountains in Asia…Though primarily of interest to Korea veterans and military history buffs, this modest volume may find favor with a reading public who love brave tales of danger and courage, well-researched and engagingly composed. Perhaps it may also serve as a warning of the perils of unpreparedness, on which far too many Americans seem ready to rely.”

“[Weintraub] portrays MacArthur as ego-driven and politically ambitious; he surrounded himself with yes-men when he would have benefited from those advising caution…The heroes in this account are the troops in the field who endured appalling conditions, maintained discipline, and staved off complete collapse.”

“The tragic tale of how the arrogance of a general led to disastrous consequences for the American troops in North Korea in 1950…Weintraub expertly delineates the unraveling disaster for the entrapped, frozen, dispirited troops on the ground.”

“An Epic Tale of Courage and Survival During the Korean War…Weintraub…tells this story with the sort of growl toward incompetent command earned by a man who himself served in the trenches.”