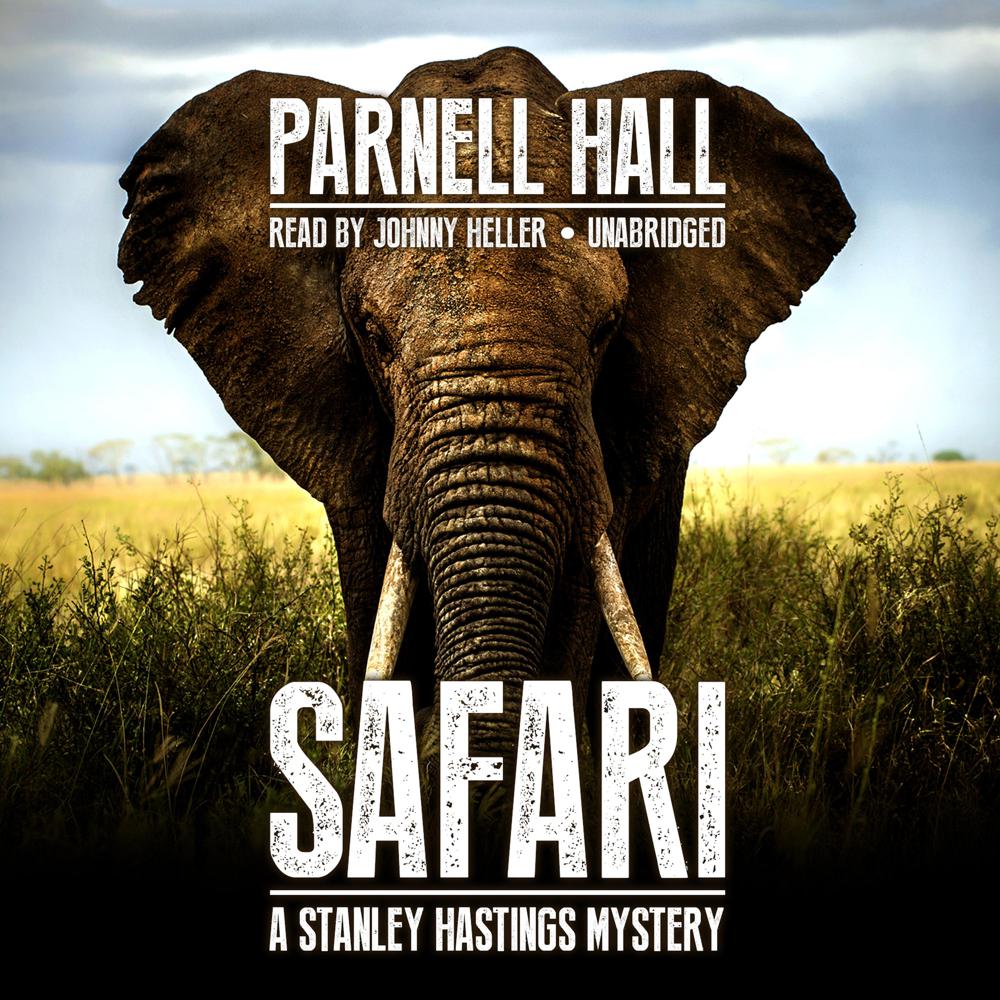 Stanley Hastings on safari? I don't think so. Neither did Stanley, until Alice's small inheritance—coupled with scrimping on a few luxuries like food and rent—allowed them to book a group trip to Zambia. Now the New York PI is hiking with lions, canoeing with hippos, and having close encounters with elephants and giraffes.

It's a dangerous safari. The leader is a reckless, gung-ho great white hunter who delights in leaping from the jeep with a hearty, "Come on, gang, let's see where this lion is going!" And a series of bizarre accidents quickly dwindles the group's numbers. Why was the guide's young spotter foolish enough to walk under a sausage fruit tree just as one of the huge fruits fell? And how did the leaves of a poisonous plant wind up in a tourist's salad? Are these really accidents?

A stabbing tips the scale. It's murder, and the only policeman in a hundred miles is a park ranger whose only murder case was that of an ivory poacher shot dead in plain sight.

It's up to Stanley to crack the case—if he can just avoid being eaten by a lion.

“When murder and an inexperienced park ranger collide, Stanley has to step up to the plate before he becomes a lion’s dinner.”

“Johnny Heller’s narration captures everyone’s attitudes and emotions in this humorous book. He excels at Stanley’s first-person point of view and is especially adept with a tour guide’s accent, which is a bit of Down Under mixed with Kiwi…This is a fun jaunt through the African wilderness as Stanley divides his time between staying out of the way of stampeding elephants and solving murders.”

“Wisecracking private investigator Stanley Hastings steps out of his familiar New York surroundings to go on an African safari with his impatient and equally quick-witted wife, Alice…Series readers will enjoy seeing Alice and the always irreverent Stanley outside their comfort zone. The tour guides and their charges provide an interesting cross-section of suspects, and Hall rewards genre devotees by throwing in a librarian pair who became friends on the popular listserv DorothyL. Another funny, brisk entry in the long-running series.”

“In his  nineteenth appearance, Stanley once more faces a case he’s convinced is too tough for him. Hall complements his struggles with amusing repartee and enough red herrings to keep it interesting.”

“Parnell Hall succeeds in making Stanley Hastings one of a kind. Pleasantly reminiscent of Nero Wolfe and Archie Goodwin.”

“The charm in Stanley Hastings lies in his chummy, loquacious, self-deprecating commentary as the narrator of his adventures.”