Measure of a Man
Martin Greenfield 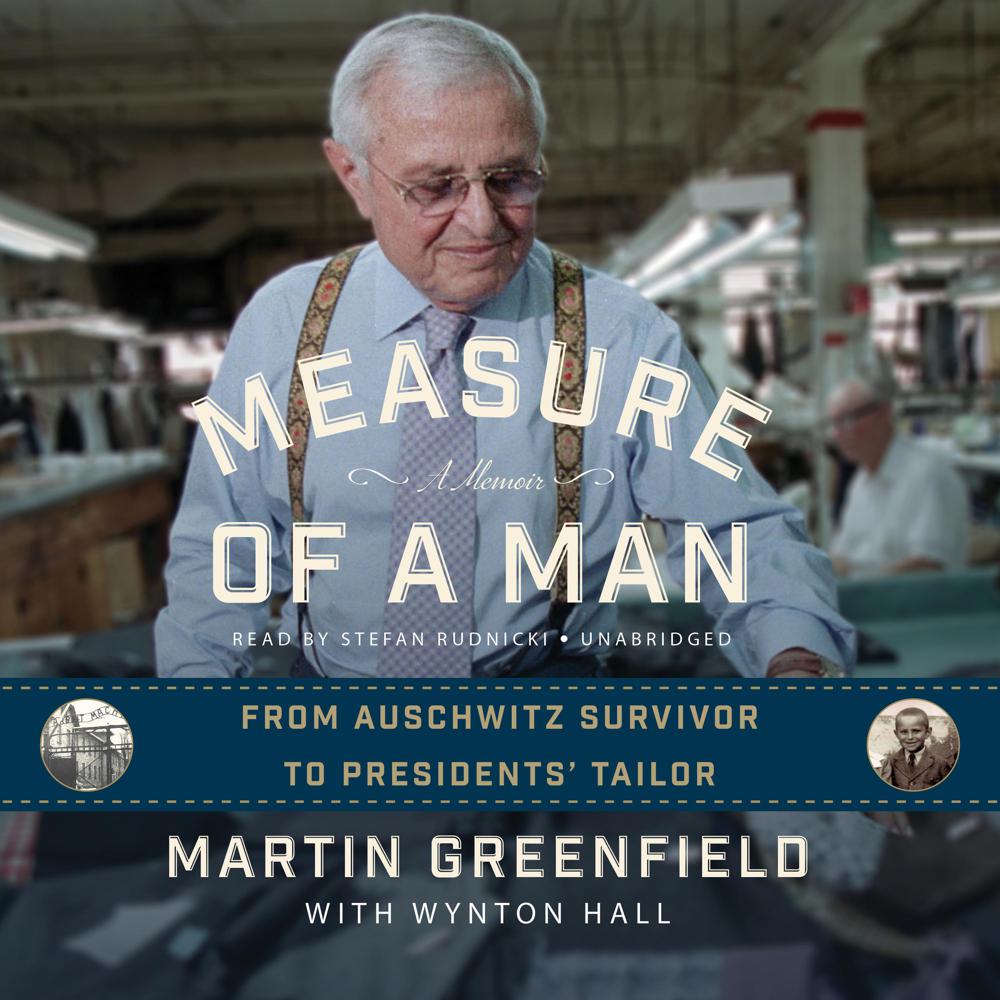 He's been called "America's greatest living tailor" and "the most interesting man in the world." Now, for the first time, Holocaust survivor Martin Greenfield tells his whole, incredible life story.

Taken from his Czechoslovakian home at age fifteen and transported to the Nazi concentration camp at Auschwitz with his family, Greenfield came face-to-face with "Angel of Death" Dr. Joseph Mengele and was divided forever from his parents, sisters, and baby brother. In haunting, powerful prose, Greenfield remembers his desperation and fear as a teenager alone in the death camp—and how an impulsive decision to steal an SS soldier's shirt dramatically altered the course of his life. He learned how to sew, and when he began wearing the shirt under his prisoner uniform, he learned that clothes possess great power and could even help save his life.

Measure of a Man is the story of a man who suffered unimaginable horror and emerged with a dream of success. From sweeping floors at a New York clothing factory to founding America's premier handmade suit company, Greenfield built a fashion empire. Now eighty-six years old and working with his sons, Greenfield has dressed the famous and powerful of Washington, DC and Hollywood, including Presidents Dwight Eisenhower, Bill Clinton, and Barack Obama and celebrities Paul Newman, Martin Scorsese, Leonardo DiCaprio, and Jimmy Fallon.

Written with soul-baring honesty and, at times, a wry sense of humor, Measure of a Man is a memoir unlike any other—one that will inspire hope and renew faith in the resilience of man.