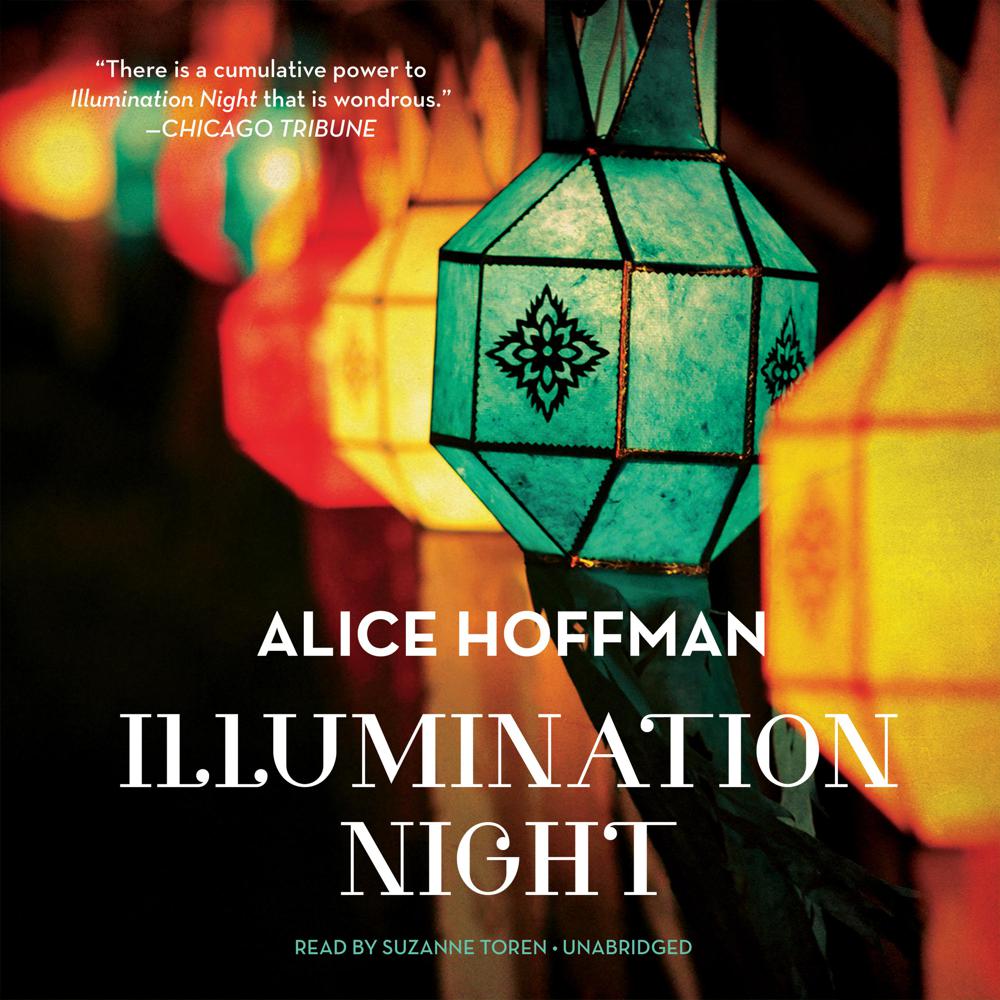 Beginning on the night of the Grand Illumination, a festival of lanterns held each summer on Martha’s Vineyard, this novel is a modern chronicle of a marriage and a bittersweet exploration of an extraordinary passion. Illumination Night follows the lives of a young blond giant who is as beautiful as he is frightening; an old woman at the end of her life whose last mission is to save her granddaughter’s soul; a family torn apart by a wife’s fears and a husband’s unrealized desires; and the high school girl who comes to Martha’s Vineyard against her will, who steals husbands and cars, and who will bring everyone together in a web of yearning, sin, and ultimate redemption. Both riveting and reflective, this is a story that brings to light the talent that has made Alice Hoffman an acclaimed bestselling author.

“By engaging her readers’ empathy so adroitly, Hoffman draws them into exposing themselves to the kind of pain—the pain of commitment—that haunts her story.”

“Alice Hoffman…has enough power of empathy to make her characters matter to us. Daringly mixing comedy with tragedy, and the quotidian with the fabulous, she has created a narrative that somehow makes myth out of the sticky complexities of contemporary marriage…Ms. Hoffman writes so simply about human passions that her characters are branded onto one’s memory. At their most passionate they hurl themselves down staircases, out of windows, in front of speeding cars. One awakens from the dream of this novel with a memory of trying to catch them. In the light of the story’s afterglow, one keeps on trying to catch them.”

“There is a cumulative power to Illumination Night that is wondrous.”

“Explorations of the tangled strands of parenthood and friendship, self-protection and generosity, dream and disillusionment are made achingly vivid by Hoffman’s ability to ground them in the finely etched details of her characters’ daily lives.”

“With an eye for household details and respect for daily events, Hoffman unleashes the mythic forcefulness of ordinary life in this polished story of love and loneliness set on the island of Martha’s Vineyard.”