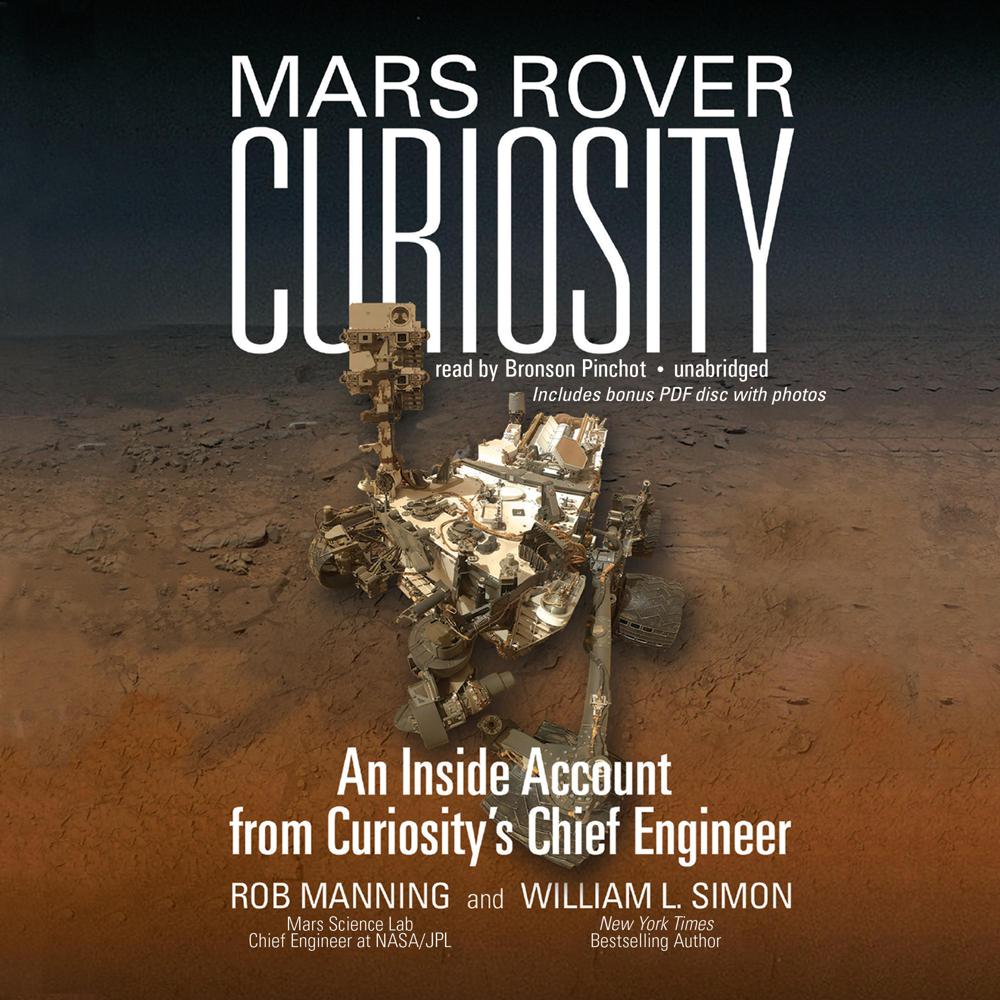 In the course of our enduring quest for knowledge about ourselves and our universe, we haven't found answers to one of our most fundamental questions: Does life exist anywhere else in the universe? Ten years and billions of dollars in the making, the Mars rover Curiosity is poised to answer this all-important question.

Here, Rob Manning, the project's chief engineer, tells of bringing the groundbreaking spacecraft to life. Manning and his team at NASA's Jet Propulsion Laboratory, tasked with designing a lander many times larger and more complex than any before, faced technical setbacks, fights over inadequate resources, and the challenges of leading an army of brilliant, passionate, and often frustrated experts.

Manning's fascinating personal account—which includes information from his exclusive interviews with leading Curiosity scientists—is packed with tales of revolutionary feats of science, technology, and engineering. Listeners experience firsthand the disappointment at encountering persistent technical problems, the agony of near defeat, the sense of victory at finding innovative solutions to these problems, the sheer terror of staking careers and reputations on a lander that couldn't be tested on Earth, and the rush of triumph at its successful touchdown on Mars on August 5, 2012. This is the story of persistence, dedication, and unrelenting curiosity.

“Manning’s just published account of years at NASA’s venerable Jet Propulsion Laboratory, co-written with bestselling nonfiction author William L. Simon, will resonate most with those who want an excellent inside take on the rigorous and often arduous task of designing interplanetary landers and the eureka moments that affords. Manning deserves credit for bringing his own sense of candor and humility to the prose.”

“In Mars Rover Curiosity, Manning and coauthor Simon offer a firsthand account of designing the most complex piece of machinery ever to land on another planet. Starting with a harebrained scheme and ending with a drive across the red dust of Gale Crater, the book deftly guides readers through the many setbacks, victories, and difficult decisions that came with planning an interplanetary mission.”

“The book offers a detailed, compelling tale of the rover’s development from someone who was at the center of the effort. For those who want to know how the spacecraft sausage is made, this is the book for you.”

“This is a matchless behind-the-scenes account of intrepid engineers and scientists that banded together to explore far-away Mars. Fueled by their own inquisitiveness and moxie they overcame all odds—technical problems, bureaucratic barriers, even touches of self-doubt—to successfully land the NASA one-ton Curiosity rover on the Red Planet. It is a superb, fact- and fun-filled account of humans on the cutting-edge of opening up a frontier—one that is our future home-away-from-home, Mars.”

“There’s nothing harder in planetary exploration than landing on the surface of a planet, and Rob Manning has given us a revealing and insightful behind-the-scenes story of the world’s most famous rover, Curiosity. Reading this account feels as if you are standing beside this engineer as he and the rest of the Curiosity team found solutions to one nail-biting technical challenge after another. This is an insightful testament about extraordinary dedication, passion, creativity, and perseverance—all required to dare such a mighty thing.”

“Rob Manning has produced a personal history of “Mars Rover Curiosity” that records for all time the complex personal and engineering interactions required to successfully navigate the design, management, and flight complexities of a mission at the frontiers of planetary exploration. We now have an outstanding record of this process and the lessons learned along the way. This work, ably assisted by William Simon, joins the library of the best of personal stories, progressively documenting humankind’s migration away from Earth.”

“This is a captivating story of hurling machines of exploration to Mars told by a top flight engineer who’s leading the charge in planting the first human footprints on the Red Planet.”

“Although lacking the glamour of manned space flight, unmanned probes have accomplished great things, and this book delivers a thoroughly satisfying description of one of the greatest…Readers yearning for stories of human space travel must follow developments in China, the only nation with an active manned space program. Those who appreciate the purely scientific results of planetary exploration will love this lively, intelligent account of a dazzling achievement.”

“Bronson Pinchot does a solid job narrating this behind-the-scenes story of the Mars rover Curiosity. He expresses the enthusiasm and wonder of the technical team that developed the project—from propulsion to landing to wandering.”