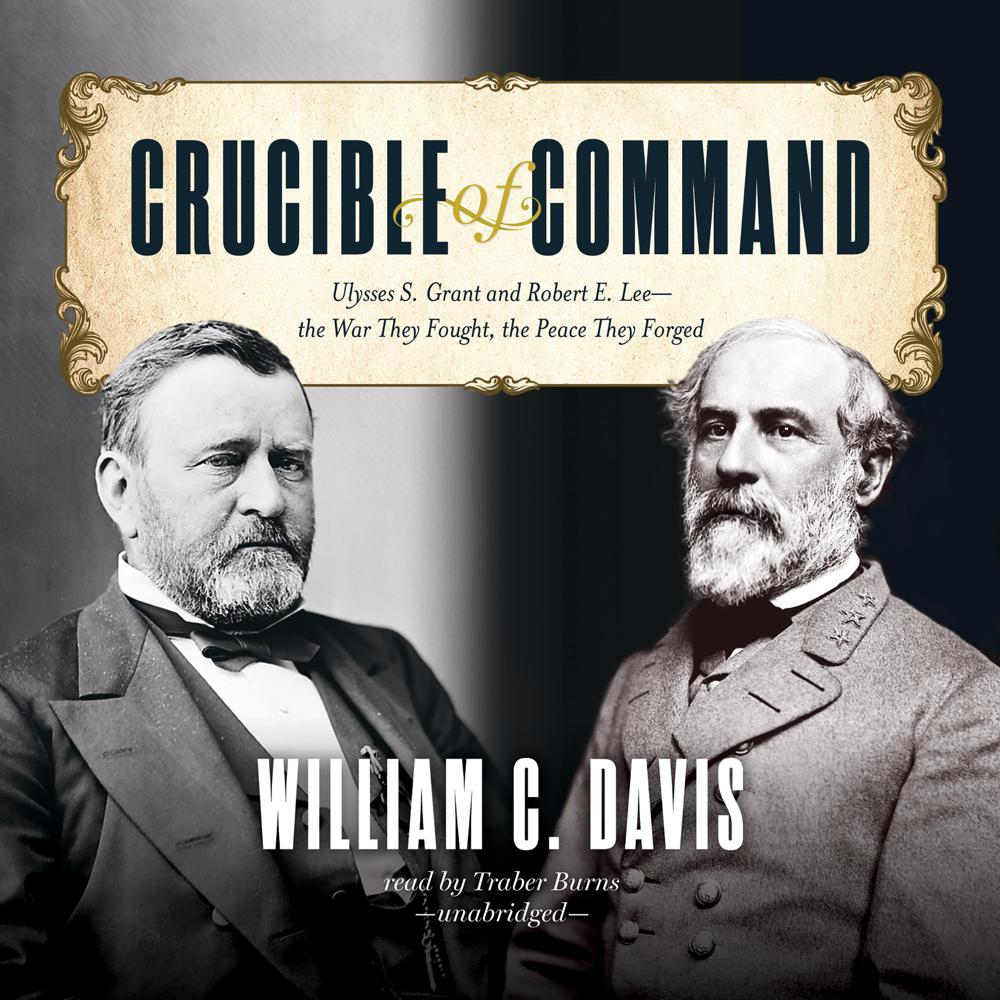 A dual biography of two iconic leaders: how they fought a bloody, brutal war then forged a lasting peace that fundamentally changed our nation

They met in person only four times, yet these two men determined the outcome of the Civil War and cast competing styles for the reunited nation. Each the subject of innumerable biographies, Generals Ulysses S. Grant and Robert E. Lee have never before been paired as they are here.

Exploring their personalities, their character, and their ethical, moral, political, and military worlds, William C. Davis finds surprising similarities between the two men as well as new perspectives on how their lives prepared them for the war they fought and influenced how they fought it. Davis reveals Lee's sense of failure before the war, Grant's optimism during disaster, and the sophisticated social and political instincts that each had when waging a war between democracies.

“Dual biographies are famously difficult to pull off, but William C. Davis has done it with panache. His research in previously unexploited sources reveals new information and insights on both Grant and Lee. With narrative skill that shifts the focus back and forth between the two generals, Davis builds the tension as their careers converge toward the climax at Appomattox. Here we have something genuinely new in Civil War scholarship.”

“There are many volumes contrasting Lee and Grant, but William C. Davis has gone far beyond the typical wartime comparisons. This beautifully written and wonderfully entertaining study falls right into line with his other excellent works, and the side-by-side comparisons of the lives and growth of Lee and Grant offer far more than the usual examination of Civil War strategy.”

“A magisterial dual biography that rises far, far above the average. Davis balances fact and research with searing action and penetrating personality. This very entertaining history is much more than the sum of its parts.”

“In scores of books, William C. Davis has demonstrated his mastery of nineteenth century military history. In this panoramic 688-page narrative, he sets out the intertwined journeys of two generals who led their countries through years of strife, but then forged a peace that recreated a nation. Ulysses S. Grant and Robert E. Lee met only four times, but their stories cannot be told alone. In this dual biography, these remote canonized figures emerge as humans.”

“Davis takes an interesting approach, using secondary sources and correcting them where applicable and relying on first-person, contemporary accounts of Lee and his formidable adversary, Ulysses S. Grant…One of Davis’ chief contributions in this accessible, well-written study is to show how thoroughly politicized the war was—as was its aftermath, revealed by a charged but by no means unfriendly meeting the two had in 1868, when Grant was in the White House. A fresh look at the sources and a careful eye to leadership and character places this book high atop the list of recent Civil War histories.”

“Davis compares the experiences and leadership styles of Ulysses S. Grant and Robert E. Lee in this dual biography…Davis debunks many of the myths surrounding the two generals and treats both fairly…During most of their lives—even during the Civil War—the generals had very little to do with each other; however, the comparisons between the two are helpful for understanding the general sensibilities of North and South. Accessible to all readers, this history will appeal to anyone who enjoys comparative biography.”

“A well-regarded historian of the Civil War, particularly of the Confederacy, Davis compares the conflict’s two most famous generals…Davis follows their army careers, identifying command traits that the Civil War revealed. That exploration is central to Davis’ sifting of their letters and reports, and it furnishes his audience with evidence to view whether Grant’s repute as a capable but limited general and Lee’s renown as being akin to a military genius are justified. A solid pick for the Civil War collection.”

“Magical and magisterial, William C. Davis’ transportive joint biography truly brings these iconic warriors back vividly to life, tracing their inevitably linked stories so vividly that readers will be forgiven if they find themselves on the edge of their seats as the narrative hurtles toward an outcome they thought they already knew. Using primary sources with his customary commitment to originality, Davis manages to interpret the data both judiciously and jauntily. Few Civil War historians are more adept at tipping a hat to the rich literary texture of the period while presenting material in high modern style. Frankly, I could not put this scholarly and seductive book down.”