Riders on the Storm
Ed Gorman 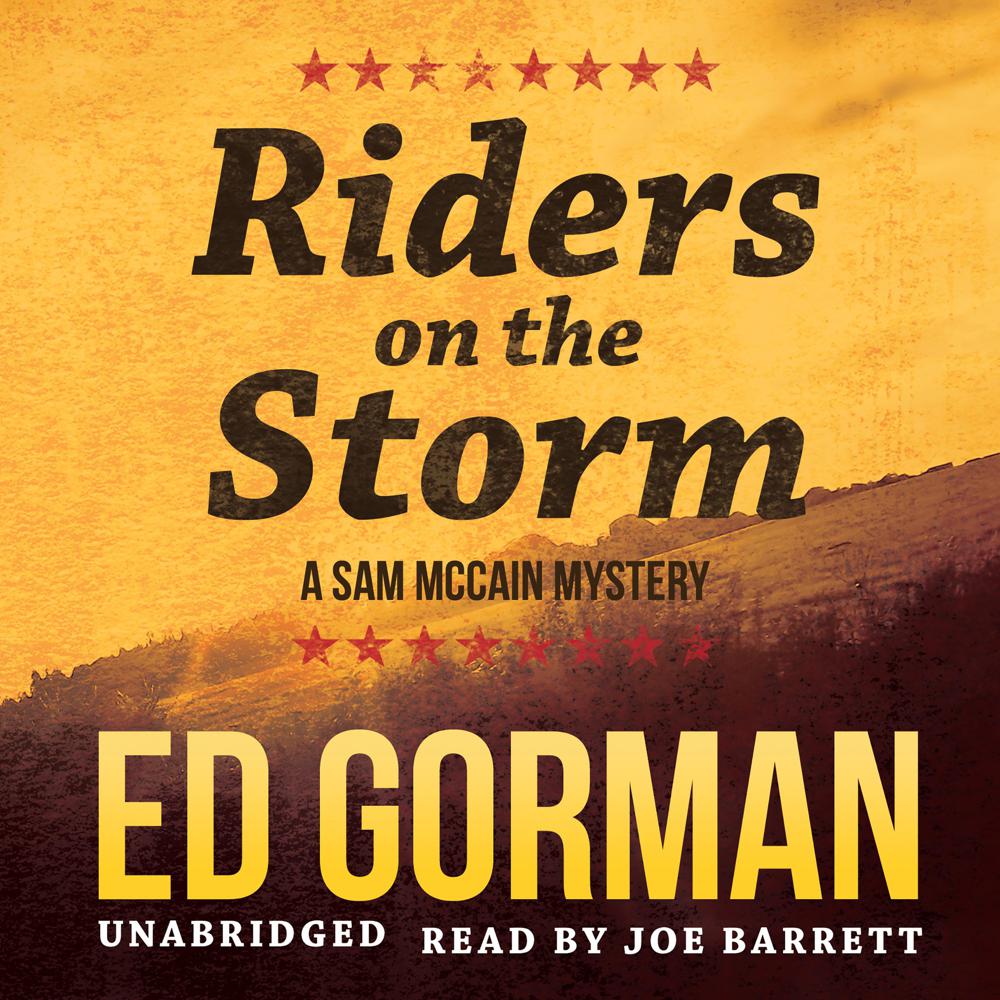 In 1967, a brutal murder in the midst of an anti–Vietnam War group sparks an investigation by Sam McCain, in Ed Gorman's most politically charged mystery yet.

When we last saw Sam McCain he had been drafted to fight the war in Vietnam. But Sam's military career ended in boot camp when he was accidentally shot in the head and forced to spend three months in a military hospital to recover.

Sam has now returned to his hometown of Black River Falls, where he works as a lawyer and part-time investigator for the court of the snobbish but amusing Judge Esme Whitney.

When Cullen is found murdered, the obvious suspect is Steve Donovan, but Sam has serious doubts about the man's guilt. At least three people had reasons to murder Cullen, and Sam begins to suspect he'll discover even more as his investigation heats up, in this dynamic new politically charged mystery novel by a veteran of the form.