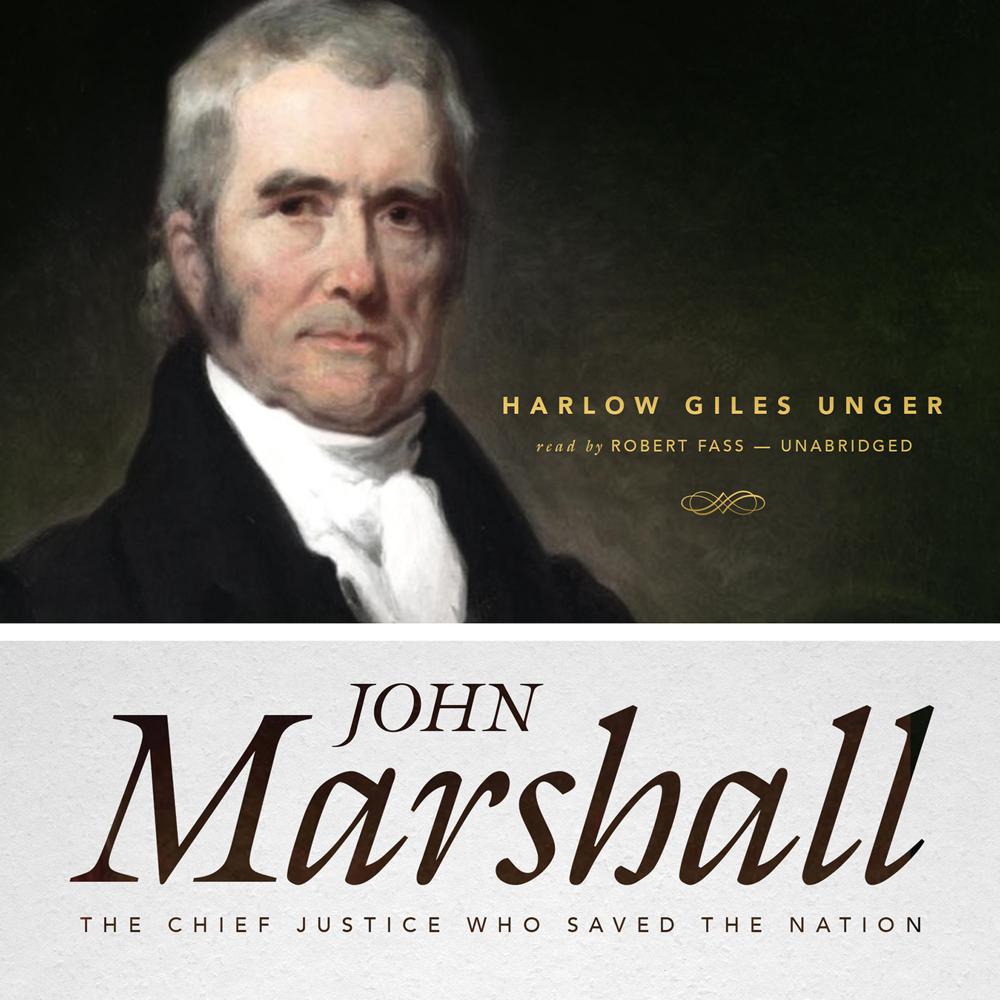 A soul-stirring biography of John Marshall, the young Republic's great chief justice who led the Supreme Court to power and brought law and order to the nation

In the political turmoil that convulsed America after George Washington's death, the surviving Founding Fathers went mad—literally pummeling each other in Congress and challenging one another to deadly duels in their quest for power. Out of the political intrigue, one man emerged to restore calm and dignity to the government: John Marshall. The longest-serving chief justice in American history, Marshall transformed the Supreme Court from an irrelevant appeals court into the powerful and controversial branch of government that Americans today either revere or despise.

Drawing on rare documents, Harlow Giles Unger shows how, with nine key decisions, Marshall rewrote the Constitution, reshaped government, and prevented Thomas Jefferson from turning tyrant. John Adams called his appointment of Marshall to chief justice his greatest gift to the nation and "the pride of my life."

“Read. Be proud of our country.”

“A rousing, eye-opening life and times of one of the most underappreciated figures in American history…As an account of the courtroom dramas in which Marshall was involved, the foreign and domestic intrigues, the clashes of temperamental geniuses, Unger’s book is unsurpassed.”

“Highly readable…Unger’s rigorously researched book offers a window into the everyday life of eighteenth- and nineteenth-century North America…Unger’s biography of John Marshall reveals how he saved the nation but also democracy’s fragility.”

“Unger is a masterful storyteller. As he unfolds Marshall’s personal life, his career at law, and his service as chief justice, Unger also provides a concise tale of the birth of the United States as a unified country under the Constitution. This biography serves the dual purpose of explaining Marshall’s critical role in saving the nation from chaos while giving a concise account of the social and political forces at play during the nation’s salad days…In telling the story of Marshall, Unger provides keen insight into the very foundation of the United States of America and an excellent introduction to the United States Constitution and the Supreme Court, especially for those who want to know the story without having to read volumes of case law and sometimes arcane exegetical texts.”

“Those interested in the founding fathers will appreciate this scholarly, accessible title.”

“Unger offers a comprehensive account of Marshall’s life and career that provides interesting insights into his personal qualities and political sympathies…But Unger is at his best covering the history-altering judicial activities of the court under Marshall, especially as the court clashed with the executive power of the Jefferson and Jackson administration…A well-done tribute to the man who made the judiciary a truly coequal branch of the national government.”

“Unger chooses to present all aspects of Marshall’s life, including his military heroism and his extraordinary devotion to a chronically ill wife and their children…Well-researched, and the author is skilled at portraying the characters and viewpoints of Marshall’s political friends and foes. Thomas Jefferson comes across as a stubborn, politically motivated, and sometimes hypocritical man, and Unger employs the Marshall-Jefferson enmity effectively, adding tension to the narrative. A vigorous account of an influential American life.”

“By varying his tone, pacing, and volume, narrator Robert Fass brings this portrait of Chief Justice John Marshall to dramatic life. The adjustments in his reading style seem natural and appropriate. In quoting the fiery Patrick Henry, Fass nearly yells (although the editor adjusts the volume, so the effect is there without shattering the listener’s eardrums). Then he takes a more theatrical tone with the words of Daniel Webster. For Marshall himself, he adopts a studied tone, which is fitting for the champion of a centrist judiciary. Fass generally takes a solemn approach for quoting court rulings. In the rest of the work, Fass carries the reading along smoothly, with an engaging tone. It would have been easy to fall into a somnolent rhythm, but Fass resists.”