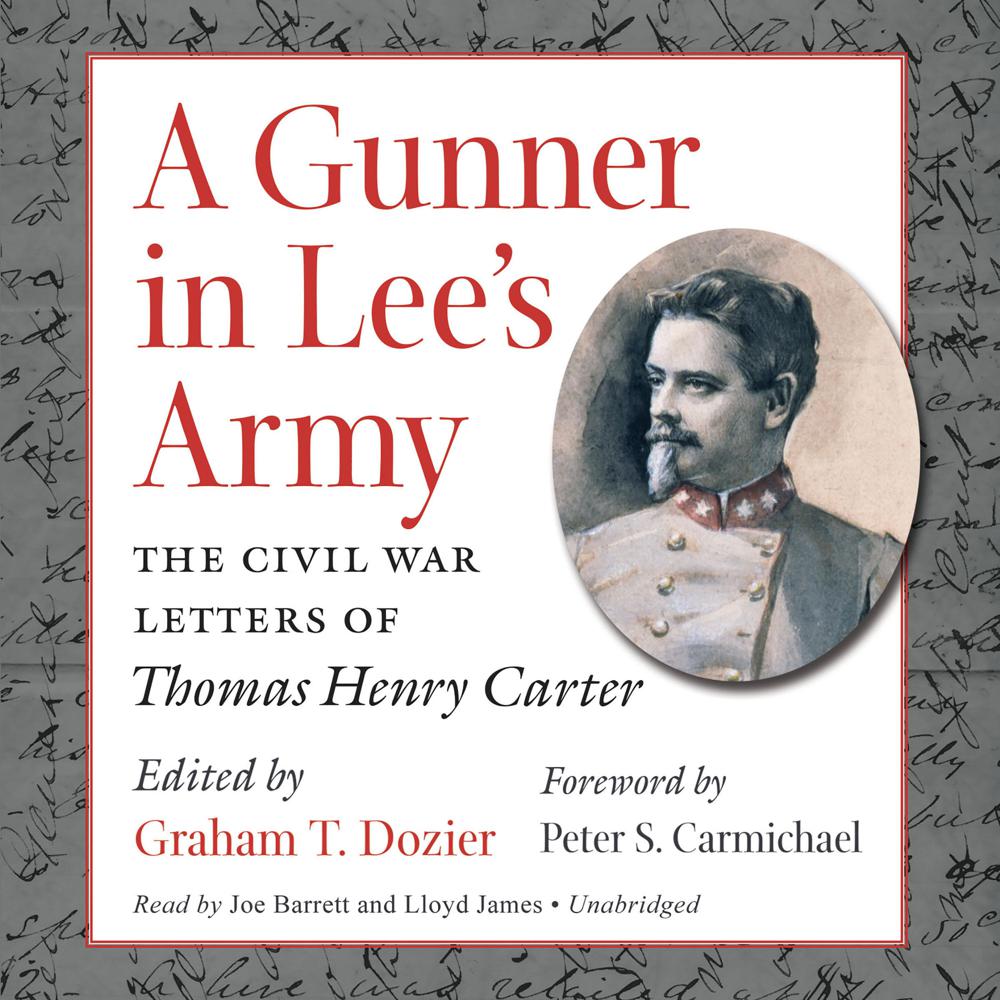 In May 1861, Virginian Thomas Henry Carter raised an artillery battery and joined the Confederate Army. Over the next four years, he rose steadily in rank from captain to colonel, placing him among the senior artillerists in Robert E. Lee's Army of Northern Virginia. During the war, Carter wrote more than one hundred revealing letters to his wife, Susan, about his service. His interactions with prominent officers—including Lee, Jubal A. Early, John B. Gordon, Robert E. Rodes, and others—come to life in Carter's astute comments about their conduct and personalities. Combining insightful observations on military operations, particularly of the Battles of Antietam and Spotsylvania Court House and the 1864 Shenandoah Valley Campaign, with revealing notes on the home front and the debate over the impressment and arming of slaves, Carter's letters are particularly interesting because his writing is not overly burdened by the rhetoric of the southern ruling class.

“Joe Barrett delivers the commentary, background information, and footnotes, and Lloyd James narrates the letters of Colonel Thomas H. Carter in this firsthand account of life in Confederate service during the Civil War…[Carter’s] letters, which are almost all addressed to his wife, describe not just battles but also life in camp, his very plain-spoken opinions of his compatriots and superiors, and life in the South during the war. James transforms himself into Carter—his accent, pacing, and inflection are perfect. Barrett, while not as adept, is quite splendid reading the commentary. Winner of the AudioFile Earphones Award.”

“A Gunner in Lee’s Army comprises the best published recollections we have of a Virginia artillery commander. In over one hundred letters to his wife, Carter was extremely observant as well as highly opinionated about military actions and individual officers. Superbly edited, this book is a necessary source for any study of the Army of Northern Virginia.”

“Col. Tom Carter belongs on any short list of the bright young artillerists who made Lee’s “Long Arm” famous, in company with Pelham, Pegram, Alexander, and Huger. His smart and perceptive letters, skillfully edited by Graham Dozier, make one of the best primary sources on the Army of Northern Virginia to reach print in recent memory.”