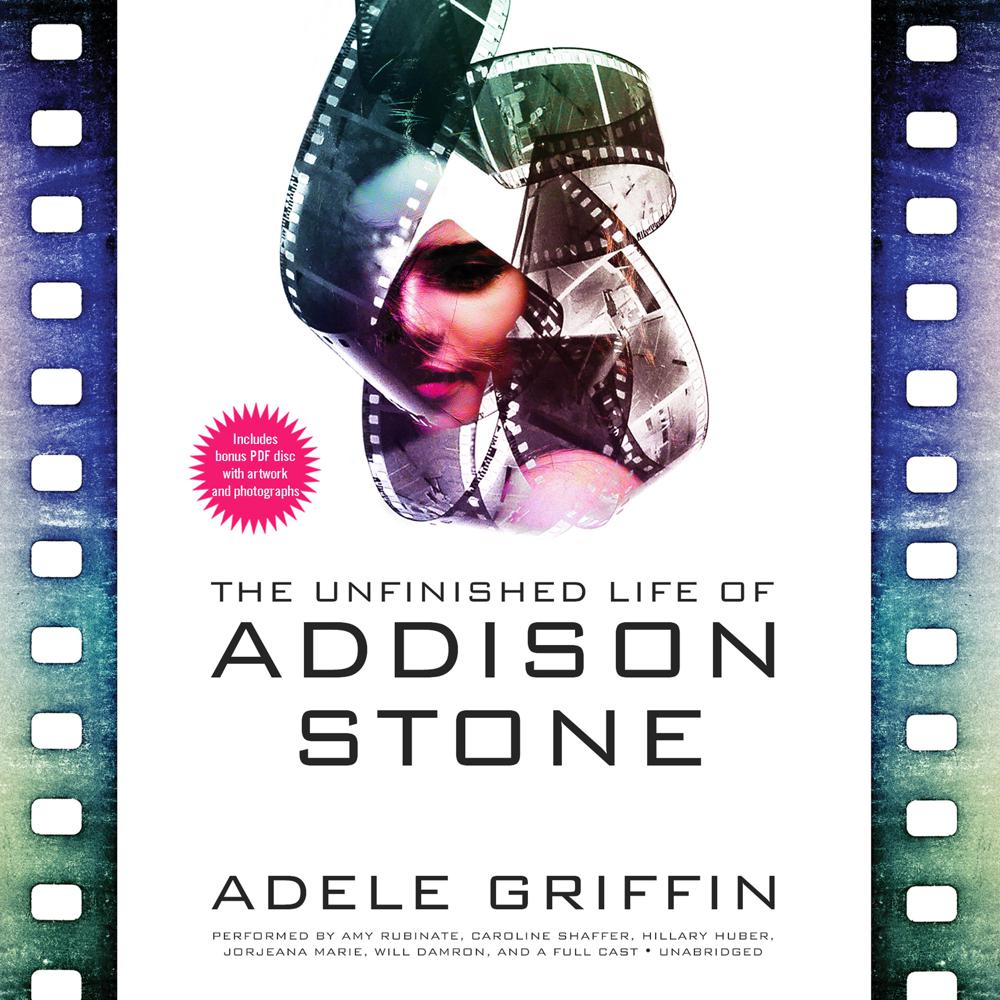 "From the moment she burst into the downtown art scene, seventeen-year-old Addison Stone was someone to watch. Her trademark subversive street art and her violent drowning left her fans and critics craving to know more about this brilliant wild child who shone so bright and was gone too soon."

“One of YA’s most original voices takes on a fascinating character study of a fictional young artist and her tragically short life.”

“Compelling and tragic from the very first page…Readers will be fascinated with the novel and caught up in the drama right up to the end.”

“A terrific experiment, something fresh and hard to put down. It gives a sense of both the artistic temperament and the nature of madness—and the sometimes thin line in between.”

“In a faux biography of a deceased teenage rising star in the art world, Griffin builds a novel around interviews from people involved in Addison’s life before she died…Griffin offers incisive commentary on mental illness and the frenzy around (and pressures induced by) celebrity, especially surrounding young women.”

“The vignettes are vivid because of the cast of talented actors who take on a multitude of characters and their visions, which sometimes define the storyteller better than Addison…Their portrayals are distinct and diverse in tone, accents, and attitudes. Together, the cast creates a strong picture of the complex heroine.”

“As readers learn more about Addison’s life, struggles, and the night she died, they will be pulled in by her story and be left with the sense that maybe the biggest question isn’t what happened the night Addison died…but who Addison really was. A moving story of art, fame, and tragedy.”

“Adele Griffin takes the concept of epistolary fiction and turns it upside down…a unique and captivating fictional documentary. The strong cautionary message about mental health, medication, and obsession is quite powerful. I can’t recommend The Unfinished Life of Addison Stone highly enough!”

“A fast-paced, engaging read. Tormented by mental illness or possibly the supernatural, Addison is an unpredictable and compelling central figure.”

“What could feel disjointed and removed works instead to provide an intimate and cohesive portrait of a complex girl….The whirlwind pace will have readers in its grip.”

“Dazzling faux bio of a rising teenage star…Griffin presents readers with overlapping perspectives on Addison’s frenetic life of gallery openings, parties and performance art…and the doubt and self-destructive tendencies lurking beneath her fierce creativity…Multifaceted and thoroughly postmodern, The Unfinished Life of Addison Stone will appeal to teens and twenty-somethings who love art, celebrity, and forming their own conclusions.”

“Only a writer as fierce and imaginative as Adele Griffin could bring us the real story of Addison Stone, a true talent and a bona fide star.”

“A beautifully executed and riveting novel from an extraordinarily talented writer. Addison Stone will haunt you. Hers is a story you do not want to miss.”