Lives of the Explorers
Kathleen Krull 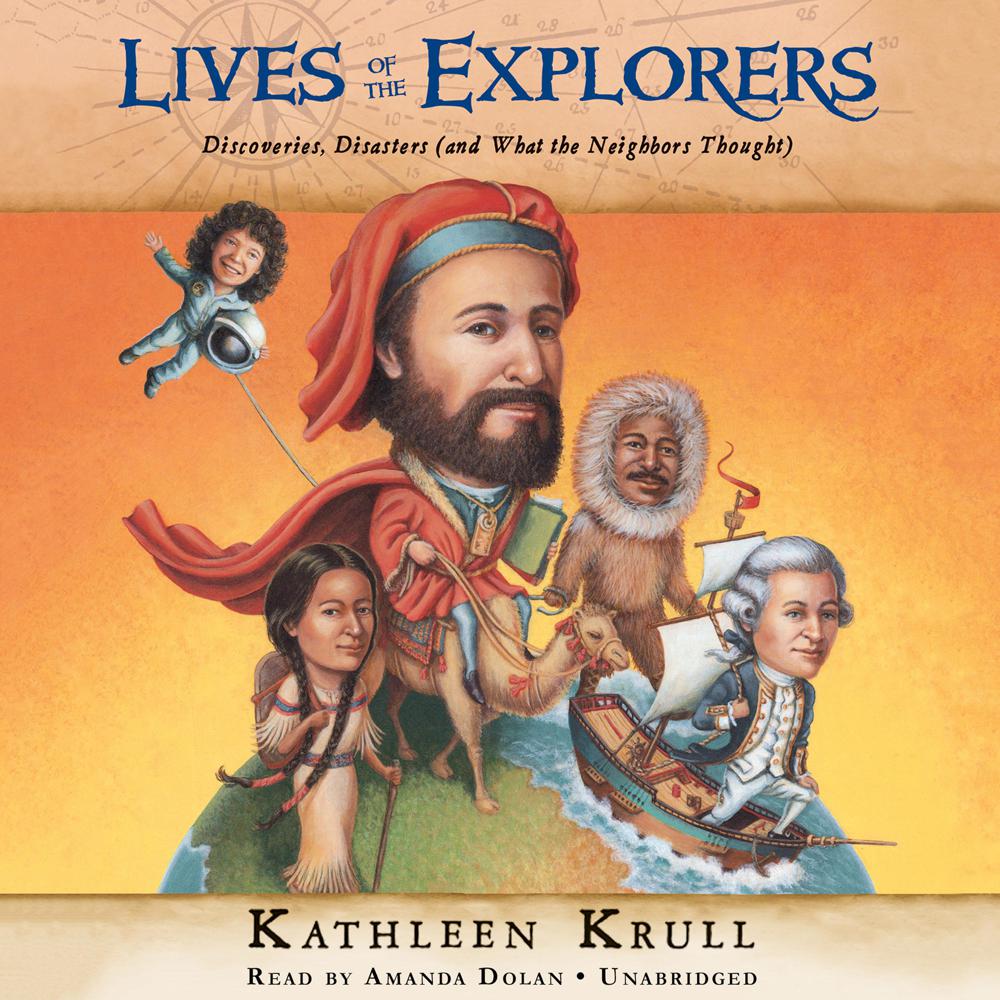 You might know that Columbus discovered America, Lewis and Clark headed west with Sacajawea, and Sally Ride blasted into space. But what do you really know about these bold explorers? What were they like as kids? What pets or bad habits did they have? And what drove their passion to explore unknown parts of the world? With juicy tidbits about everything from favorite foods to first loves, Lives of the Explorers reveals these fascinating adventurers as both world-changers and real people.

The entertaining style and solid research of the Lives of … series of biographies have made it a favorite with families and educators for twenty years. This new volume takes readers through the centuries and across the globe, profiling the men and women whose curiosity and courage have led them to discover our world.

“An exceedingly diverse cast of historical figures…Krull does not sugarcoat the history; the negative impacts of discovery upon native peoples are discussed, such as the violence resulting from Columbus’ expeditions. A strong addition to middle-grade nonfiction collections.”

“With the same wit and subtlety readers have come to expect from the Lives of… series, Krull manages to provide accurate, entertaining, and relatable capsule biographies of twenty giants of exploration…Another entertaining and resonant group biography.”

“Tells of daring, curious, hardy men (mostly) and women from different countries and eras who took bold risks in uncharted territories out of senses of adventure, curiosity, and mission…Readers will enjoy delving into the exploits of intrepid explorers across time and, literally, space.”