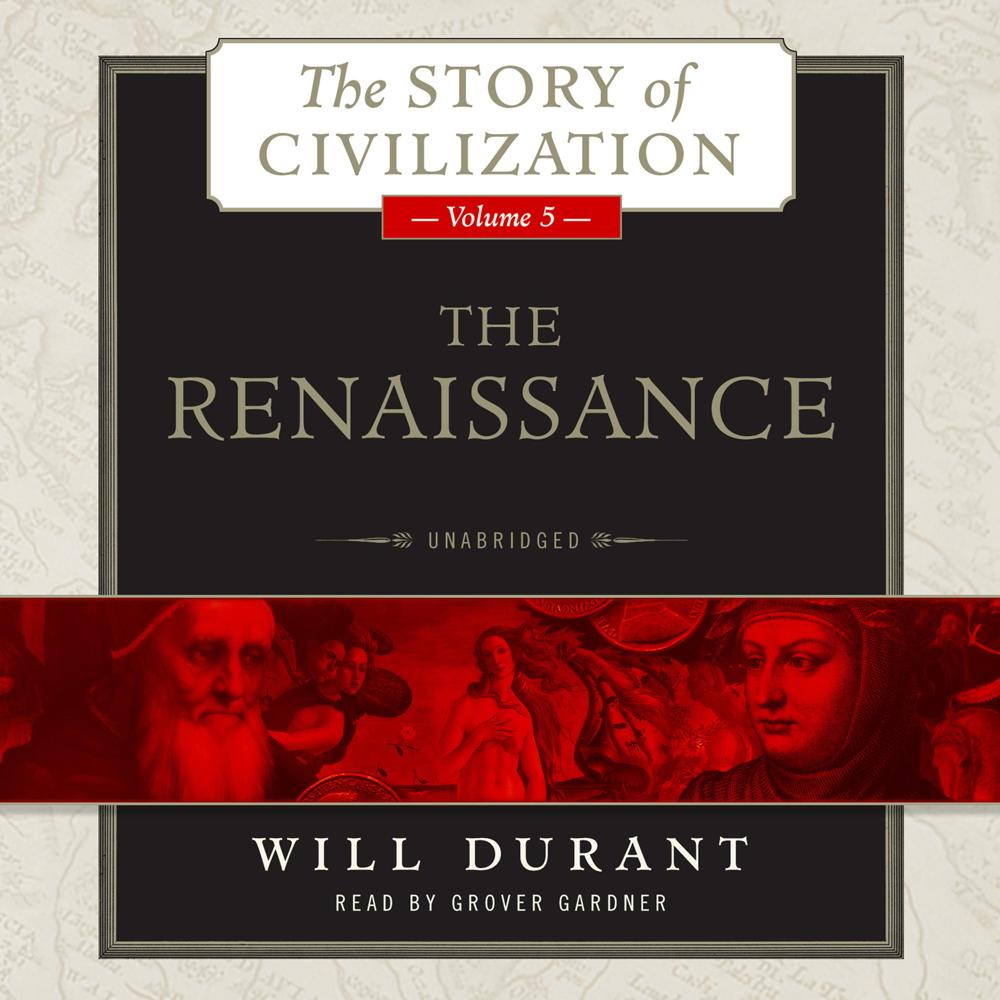 The fifth volume of Durant's acclaimed Story of Civilization, The Renaissance chronicles the history of Italy from 1304 to 1576. In this masterful work, listeners will encounter

the poets Petrarch and Boccaccio, the fathers of the Renaissance; the paintings, sculptures, and architecture of Milan, Florence, and Venice; the life and accomplishments of Leonardo Da Vinci; the Catholic church and the popes of Avignon and Rome; the politicians and philosophers of Italy, including the Borgia family, Julius II, and Machiavelli; the Italian Wars, the conflicts with France, and the country's decline.

“Mr. Durant draws all present into the genial colloquy, making them feel that their quickened perception is itself a contribution…His prose has a bright speed that carries its load of facts like an effortless burden.”

“Easily the most engaging writer of Western intellectual history in the English language, Will Durant breathes life into philosophers and their ideas. He is colorful, witty, and above all, informative.”